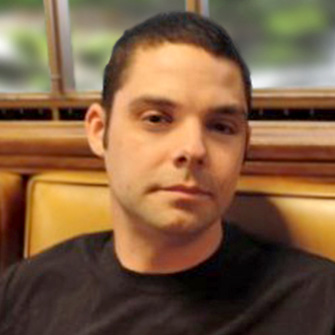 Best known for his work as e.b.e. on labels like soma, plastic city, Afterhours, Yoshi Toshi, resource + jump, Grayhound, Yellorange, Subliminial Soul, Lucas Rodenbush has been making electronic music since 1991.
Lucas Rodenbush
His music has set the tone for the ongoing fusion of techno with house into the dance music community's cultural fabric. He now ushers his newly developing scenic music and notch audio projects with promising talent + feeling throughout, maintaining his focus on the dance floor and beyond to further expound upon his signature musical discourse, sonic quality and rhythmic approach.

As a producer, his output continues to grow a collection of eps and mixes on prolific labels. As a DJ, Lucas has been spinning and collecting dance records since 1994. He links his affinity for electronic music to important synth tracks of the early 80s and 90s. His selection is a blend of underground house music from New York, Chicago, Detroit and the world at-large, combined with the heavier sounds of techno, ranging from the grass roots of Detroit to the edgy sounds of today and everything in between.

Lucas took a deeper look into music and sound sciences at CalArts in los angeles where he earned a BFA in music technology. Then he continued on with an MFA in Experimenal Sound Practices and Integrated Media. Simultaneously, Lucas studied video and the film-making art form at the silicon valley's own de Anza College. He continues to develop his musical craft with a multimedia focus on deep electronic dance music and listener experience as he prepares for the coming of his debut album "A Moment of Clarity.”

We welcome Lucas to our team!

Courses by Lucas Rodenbush
Reviews
Feedback
How are we doing?
We'd love your thoughts, feedback and questions regarding our new site. All feedback is appreciated!
We do not respond to this form! If you need support, please visit our support page.
Thank you for your input!
Your message has been successfully sent
Course Advisor
Don't Know Where To Start?
Ask A Course Advisor