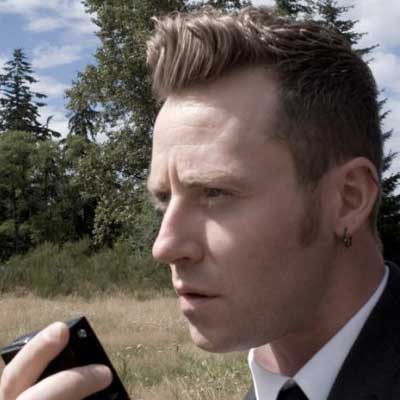 As a Video Editor & Director, Sean Sullivan has achieved cult status in Vancouver's underground video community ...
Sean Sullivan
Sean Patrick Sullivan is a Vancouver-based Director, Editor, Videographer, Photographer, Instructor, and Business Owner. I first met Sean about 8 years ago through mutual friends. He was well known in our local underground scene for a comedy reel he created called "The Stupid & Ugly Show" … a series of comedy shorts that has achieved cult status in Vancouver.

I've seen Sean's editing skills as they've developed over the years, and I can tell you from personal experience that he is a very skilled director and video editor. Sean embodies the type of working professional that we want to make our tutorial-videos, and I'm extremely pleased to host his training here at macProVideo.com.

A bit more about Sean:


Courses by Sean Sullivan
Reviews
Feedback
How are we doing?
We'd love your thoughts, feedback and questions regarding our new site. All feedback is appreciated!
We do not respond to this form! If you need support, please visit our support page.
Thank you for your input!
Your message has been successfully sent
Course Advisor
Don't Know Where To Start?
Ask A Course Advisor