All Articles News
Behringer Announces Neutron, Semi-Modular, Paraphonic Analog Synthesizer
Rounik Sethi on Fri, January 26th 2 comments
If you thought NAMM 2018 was short of stunning synth announcements, then this one from Behringer is going to make you very pleased indeed. Neutron is a semi-modular, paraphonic, analog synthesizer.
UPDATE: There's a new video from Behringer showcasing the entire 42-point(?) patch bay and more on the Neutron. It's here: https://ask.audio/articles/new-behringer-overview-video-shows-patch-bay-neutron-semi-modular-paraphonic-analog-synth

Despite not officially having a booth or floor space at NAMM, Behringer have made an announcement that is sure to rock the world's largest music gear industry trade show from wall to wall. Not content with their new Model D and the other plethora of re-interpretations of classic analog synths in the making from the OB-Xa to ARP2600, they've just announced Neutron, a semi-modular analog paraphonic synthesizer.

No firm details have been released via their site or social media just yet... but we have a rather tasty video of Behringer Neutron to check out and on-the-ball observations from Michael Black Feather who informed us of this news by email.

Let's start with the video:

before we delve into the features we think are part of the Neutron, here's a pic or two... 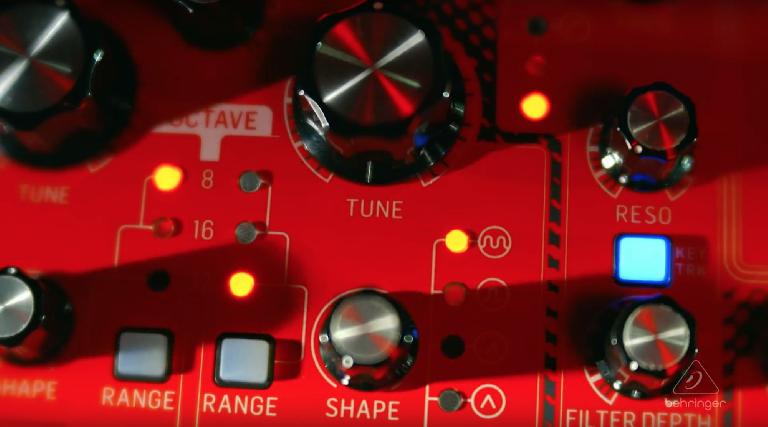 Here's some of the Neutron features we picked up from the above video:

Could this be the synth Behringer teased recently with the huge patch bay which they're not showing in the teaser video? Michael Feather says, "The MIDI was next to the patch bay in the circuit board teaser and people figured out there was a delay chip on the circuit board. This lines up with this Neutron".

No news on price or estimated availability yet...

Isn't it interesting that even without a booth Behringer are capable of causing one of the biggest announcements in the synth world at NAMM 2018! We certainly like the direction they've been going in over the past coupe of years.

Stay tuned to Ask.Audio for more info on Behringer Neutron as and when we get it.

Learn synths and synthesis in the Ask.Audio Academy:  https://ask.audio/academy?nleloc=category/audio/topic/synthesis
UPDATE: There's a new video from Behringer showcasing the entire 42-point(?) patch bay and more on the Neutron. It's here: https://ask.audio/articles/new-behringer-overview-video-shows-patch-bay-neutron-semi-modular-paraphonic-analog-synth
Related