All Articles Recording & Production
Four of The Best Drum Replacement Tools
Matt Vanacoro on Sun, March 7th 0 comments
Ever want to swap out the snare or hijack the hihats in your drum tracks? Here's four (well, five actually) drum replacement tools every producer should know about.

Drum replacement has grown so much as a technology over the past decade that it isn’t really accurate to call it ‘replacement’ any more. Many producers augment traditional acoustic drum tracks with samples that live ‘side by side’ with the original sounds - it’s a common technique used to beef up otherwise thinner recordings. Some DAW software includes drum replacement functionality built in. For the apps that don’t, there are many standalone options available. Let’s take a look at 2 built-in solutions and 2 external ones and see why you’d pick one over the other.

If you’re a Pro Tools user, you’ve likely encountered the Sound Replacer plugin. Sound Replacer has been a feature in Pro Tools for quite a while and has likely inspired quite a few of the other choices on this list. With Sound Replacer, you can trigger up to 3 drum samples at 3 different velocities. It’s incredibly easy to use. There are minimal controls, but that’s part of Sound Replacer’s charm. You don’t even need an instruction manual. You can use Sound Replacer to augment a drum track with samples or replace it entirely. It’s lightweight on resources, super reliable, and dead simple to use. 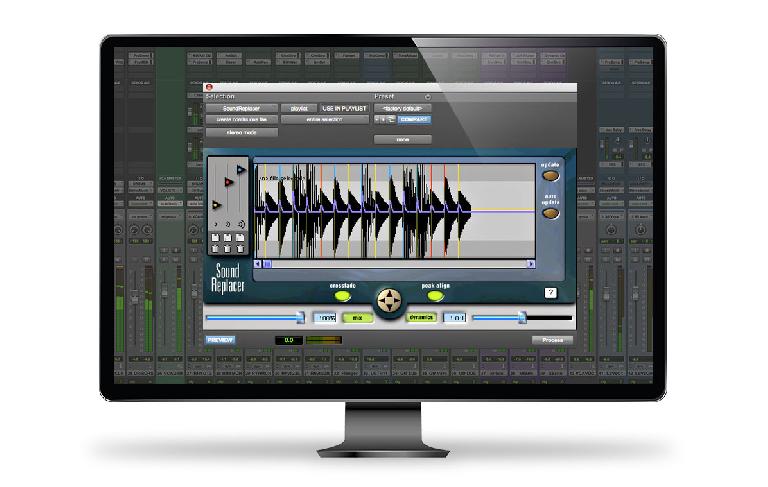 Logic’s ‘Replace or Double Drum Track’ function is quite a bit more of a recent addition than Pro Tools’s offering. There is quite a bit more functionality built in, and with that comes a touch of a learning curve. Once you’ve got the gist of it, however, the drum replacement function is incredibly powerful. There isn’t really a ‘sample limit’ to it like there is with Sound Replacer because it sends out MIDI data. In that case, you’re only limited in layers by the instrument you send it to. By default, Logic will send it to its own drum sampler but you can route it to your favorite external virtual instrument and get an incredibly detailed multi-layered sound. 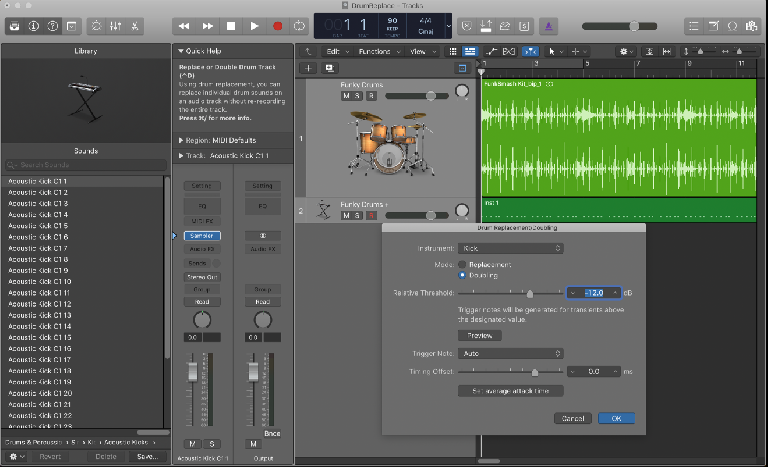 Drumagog very much helped shape drum replacement by being an early entry into the ‘drum replacement plugin’ game. With version 5, Drumagog has absolutely evolved into an incredibly surgical tool for completely reproducing an acoustic performance with a virtual instrument. The advanced triggering engine can pick up the slightest nuance of a drum track even down to hi-hat open/closed articulation. If you find yourself often having to replace a drum set from a ‘less than stellar’ recording, you would be hard pressed to find more control in a different plugin. 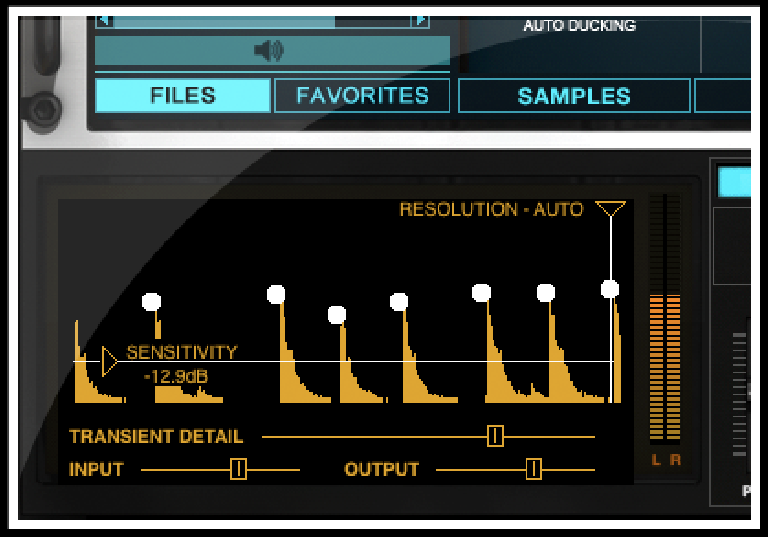 Drum Replacer from UVI was an interesting release for me because UVI is probably most well known for their synths and software instruments. Drum Replacer was dropped in this last year and it turned out to be an incredibly creative tool for beefing up drum production. Using machine learning to model and isolate individual elements of a drum kit allow for some really cool creative tools. Pairing it up with the BeatBox Anthology instrument they offer allows for some extremely unique ways to blur the line between acoustic and electric drums. Visually, the plugin also provides a much easier way to ‘see’ your original drum tracks to really make sure you’re replacing elements accurately.

Bonus Round : Built In AND Standalone

Toontrack now builds in drum replacement tools with its popular virtual instrument Superior Drummer 3 with its integrated Tracker plugin. This allows you to route your acoustic drums directly into Superior Drummer 3 and do some replacement regardless of the DAW platform. Each of these solutions has seen evolution over the past decade, and I’m excited to see where it goes in the future. Thin drums seem to be a problem of the past!

Dream It. Do It.
Do you want to learn M/S Processing in Logic Pro?
Yes, I want to learn!
No Thanks, I just want to read the article.
Feedback
How are we doing?
We'd love your thoughts, feedback and questions regarding our new site. All feedback is appreciated!
We do not respond to this form! If you need support, please visit our support page.
Thank you for your input!
Your message has been successfully sent
Course Advisor
Don't Know Where To Start?
Ask A Course Advisor