All Articles Ableton Live
Ableton Live 10: MIDI Capture Tips & Tricks
G.W. Childs IV on Thu, March 15th 0 comments
If you haven't used Ableton Live 10's new MIDI Capture tool, you're in for a treat. Here's how to use it to grab moments of genius - even when you're not intending to.

If you’ve been busy exploring Ableton 10, you’ve probably already started looking around at the Capture feature - a cool new tool that catches your genius when you aren’t looking. In this tutorial, I’d like to share with you a few tips for taming and farming what you capture once you’ve brought it back in!

Tip 1. Use Capture To Find The Tempo

Many people rely on the Tap-Tempo in Ableton to determine the initial tempo of the song in which they are beginning to write. For example: you’ll hum what the melody is in your head, and then start tap-tempo-ing along with the melody until you get the right timing.

Capture actually determines the tempo of what you are playing, if no other clips or recorded material are in the session. You can literally start playing a drum loop on the computer keyboard, or Push (2), and then press Capture. Suddenly, the MIDI that you just played will be inserted in to the Session or Arrangement view (depending on which view you are working in), and the host clock of Ableton will be adjusted accordingly. 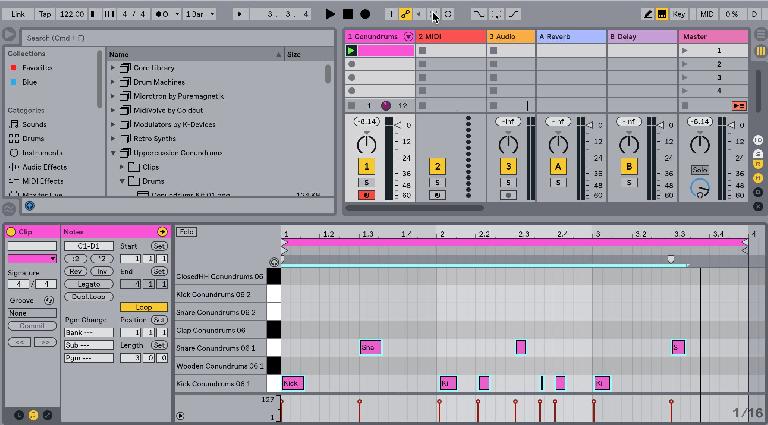 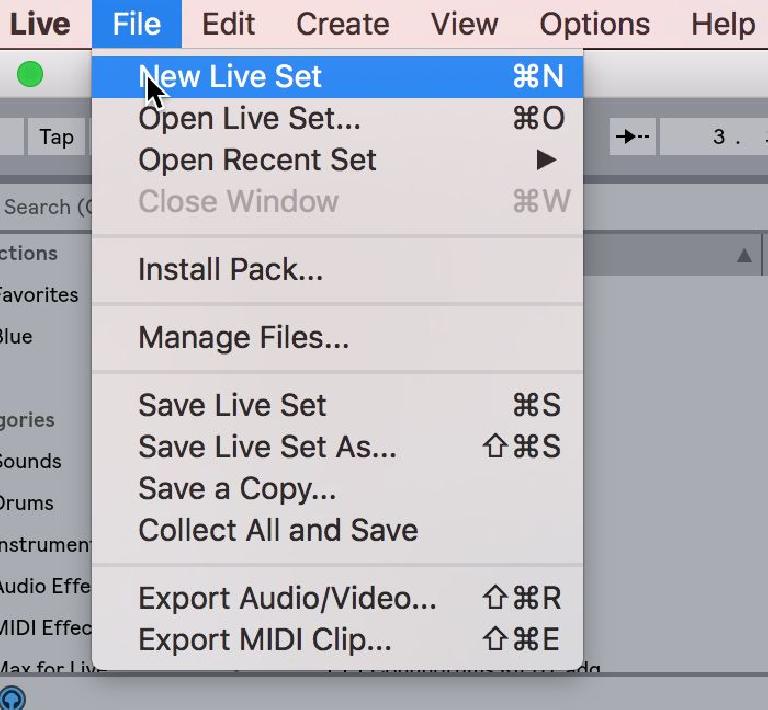 2.Bring up an instrument that you use a lot. 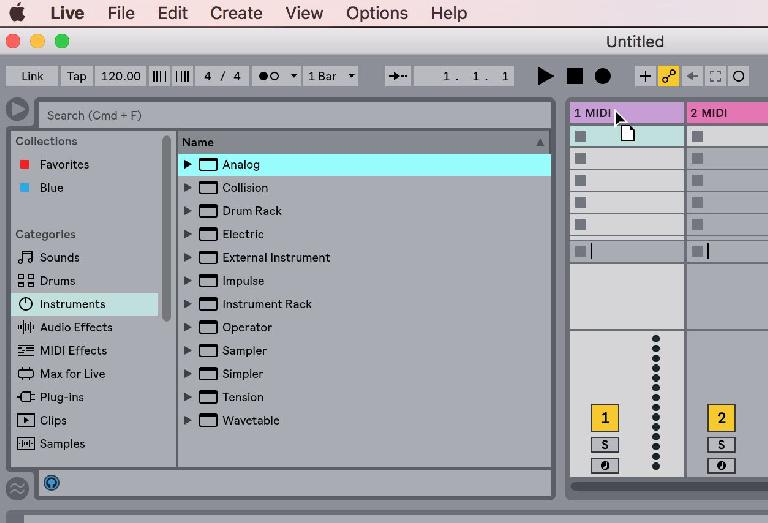 3.Play a few bars until you get something you like, and press Capture. Notice the tempo that Ableton has now calculated, based on what you were playing! 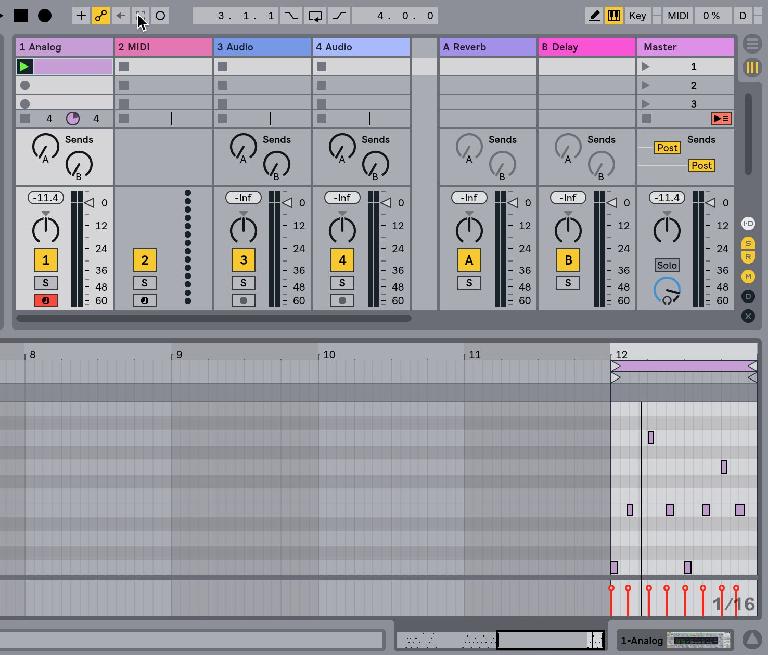 Now, the tempo is set for you and all you have to do is add more parts. Oh, and if the first Capture ends up being deleted, the next segment captured tempo will determine the Tempo going forward. Or, until you get a Clip you want to keep.

Tip. 2  You Quantize What You Capture… Sometimes.

Regardless of your Auto-Quantize settings, Capture does not quantize notes. That being said, anything that you played during the capture is all willy-nilly, with no computer to back you up. This isn’t such a big thing if you’re playing pads or more sustained parts. But if you’re trying to capture some hi-hat rolls or something that needs to be tight, keep your Command+U Shortcut at the ready. The Quantization function of Ableton (triggered by Command+U) will potentially clean up the weird timing and get those drum beats, bass parts and any other rhythmic MIDI part sounding pro.

1. Play a drum beat with either the Drum Rack or any other rhythmic instrument of your choice, then Capture it. 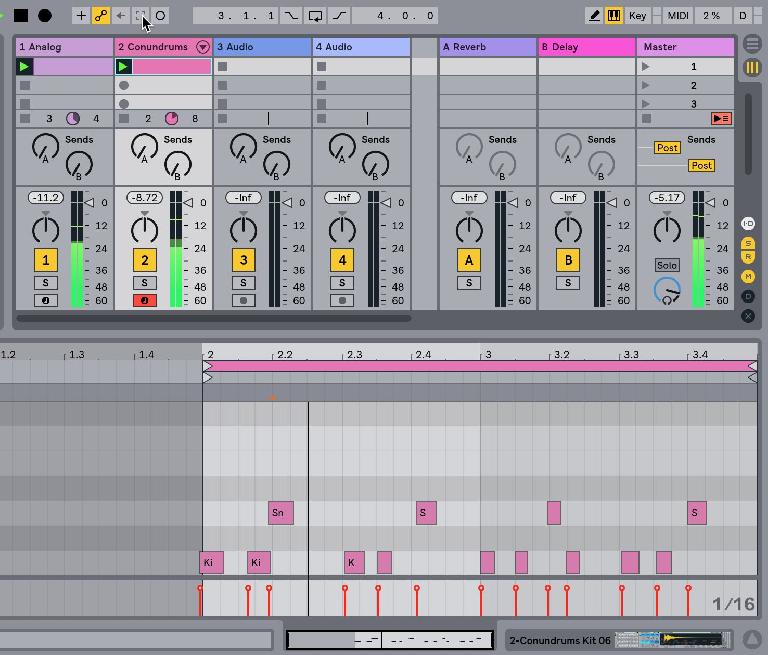 2. Click inside the Note Editor to place focus on your beat or rhythm, and use the Command+A Shortcut to select all the MIDI in your clip in one shot.

3. Use the Command+U shortcut to quantize all the notes in your Capture.

If the Quantization is too severe, meaning you want the drums to sound a little more relaxed but still tight you can always reduce the Amount of Quantization applied, in the Quantize Settings (Command+Shift+U)

Now your rhythm is cleaned up and tight, and all you need do is begin adding in some hi-hats. You can even use Capture for that too!

Tip 3. Capture Along With An Existing Clip

Once you are knee deep in your song, you’ll be happy to know that the Capture function continues to be cool! In fact, you can actually be playing over an existing take. While the sequencer in Ableton is playing, press Capture and Ableton will actually drop what you were playing in to the existing clip. 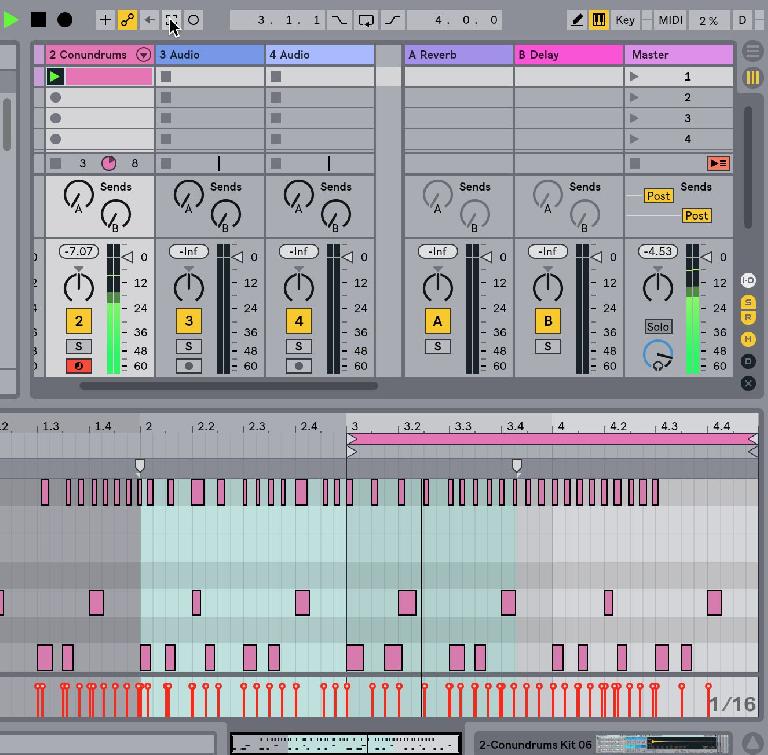 Now keep in mind, what is dropped, if you were playing for a while, can actually increase the overall length of your clip outside of what’s being played back between the Playback Arrows within the Note Editor. Granted, you won’t hear the additional playing, only the original length of the original clip. But if having all of that extra MIDI really bugs you, here’s a way of quickly cleaning things up and getting rid of the takes you didn’t use.

1. Righ click a Clip that has extended MIDI data playing outside of the Looped area, within a MIDI Clip, and select Crop Clip(s) 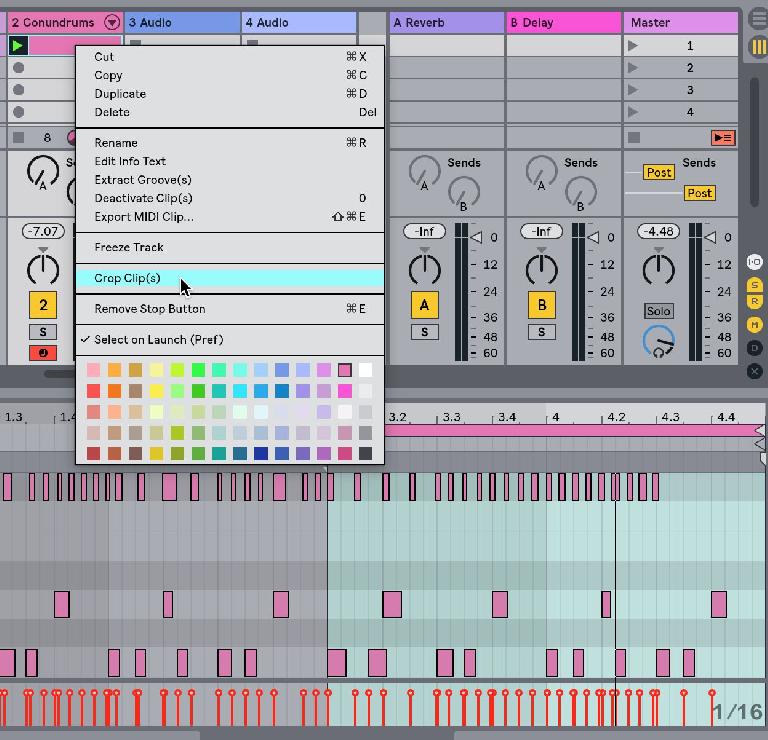 2. Look inside the Note Editor of the newly cropped clip. Notice: no data before and after the Loop points!

Now, everything within the original capture length will be kept but the extra data that you don’t want is gone.

One way to greatly capitalize on the freedom and inventiveness that can come from a spontaneous capture is by jamming with an arp for a while. Not only is an arp a simple way to quickly build up a song but in addition an arp, in most cases, is already synced to the host clock. The notes within the sequence of a running arpeggiator are already quantized. This means whatever you capture will be easy to quickly edit any weird timings and playing problems that might’ve occurred when you were ‘just noodling around’. Thus ensuring a successful launch in to what will hopefully be a long and pleasant jam session.

1. At the beginning of a session, set up any synth of your choice with an Arpeggiator.

2. Play some chords and different progressions. Once you think you’ve got something you like, press the capture button. 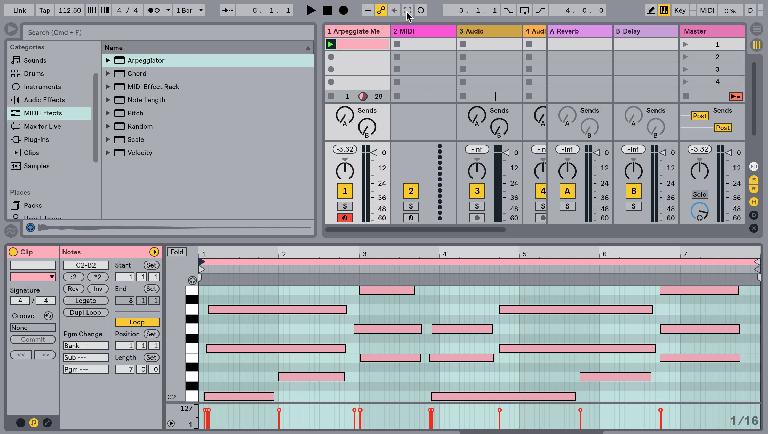 3. Go back and take a listen, and adjust the heads and tails of the notes that you played in the Note Editor until your arpeggiated part is playing back with the right timing. Quantize will also work for this. However, I sometime find that it can also change the timing enough that it can kill an Arp riff. So, go with what sounds best to your ears!

Capturing with an arpeggiator has one additional bonus in the sense that what’s captured on an arpeggiator can always be adjusted later. For example you can change the Rate of your arp after capturing, completely changing the cadence of the melody. Something you can’t do this when working with conventional MIDI. This makes it very easy for song writers and producers who are trying to find the personality of a track, without having to know much about MIDI editing.

Capture is an amazing feature that if utilized thoughtfully can add a crazy amount of inspiration to your work. It’s also amazing to utilize while you’re jamming to existing content, and just a way to capture what comes spontaneously. Try experimenting with it and adding it to your own workflows!

Learn Ableton Live 10 inside out with our video tutorial courses:https://ask.audio/academy?nleloc=category/audio/application/ableton
Related