All Articles News
NAB 2018 & Final Cut Pro X 10.4.1: What's New
Iain Anderson on Wed, April 18th 3 comments
With tons of news, announcements, upgrades and new products being announced at NAB 2018, Iain Anderson brings you everything you need to know in one handy update.

Some years at NAB are a little quiet, and others go off with a bang. When I was last there in 2015, a new release of FCP X landed on day 1 of the show, and that certainly made it more interesting for me. I’m not in Las Vegas now, but I’ve caught up with all the news by reading everything about everything, so you don’t have to. Here’s the news you need to know.

Yes, you can add captions to your timeline, and export them too

Apple pre-announced this release over the weekend, gave it out on Monday morning, and presented officially at the FCP Exchange Post Without Limits event at NAB on Monday night, where they announced that they have sold 2.5 Million seats of FCP X — up half a million in a year. On behalf of all FCP X editors — thank you for the advance heads up, thank you for the pro-friendly update, and welcome back to NAB.

Besides a whole lot of bug fixes, this lowly .1 update brings a few new features too. For anyone in the broadcast space, the newly integrated Closed Caption support is a huge boost, and even if you don’t need captions for your own outputs, you can use them as a new kind of marker — one that includes a duration and can be read on the timeline. (The popular video review site frame.io has already shifted its own app to only support the new 10.4.1 release in response.)

Assuming you’re not mid-project (never update mid-project if you can help it) then you’ll be offered the update for free if you’re on macOS 10.13.2 High Sierra. That’s right, only the very latest macOS is enough for the latest FCP X. One you’ve updated, reset your keyboard shortcuts to see that Option-C adds a new caption, which will occupy a new Role, and which can be included in your export if you explore the fancy new Roles export panel.

Compressor and Motion were updated too, partly to enable the other big new feature that landed in the FCP X 10.4.1 update. Which is... 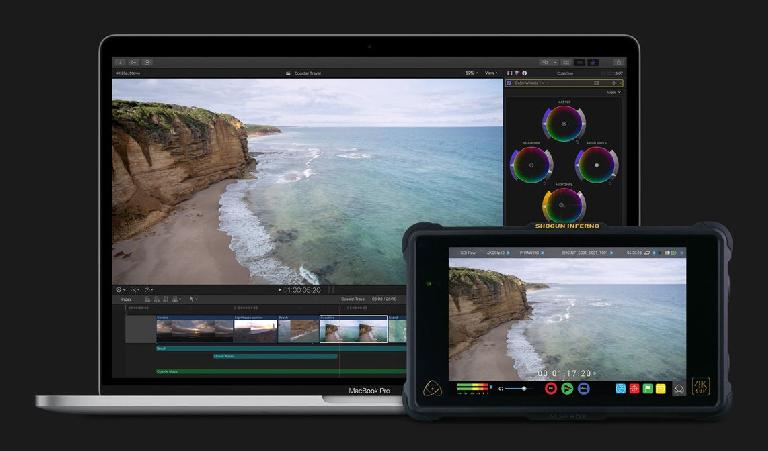 That’s right, there’s another flavor of ProRes, and it’s a little different. By encoding raw data from a camera’s sensor, ProRes RAW captures everything the camera has to offer while being much easier to work with than other raw formats. Like those raw formats, it lets the computer (rather than the camera) perform the debayering process, by which a camera’s Bayer-pattern sensor output is converted into regular RGB pixels. A big difference is that ProRes RAW lets FCP X do this very efficiently in Better Performance mode, solving the main problems of existing raw workflows — poor performance with huge files. ProRes RAW enables better color correction with roughly the performance and data rates of regular ProRes, and it just might change a whole lot of workflows.

Right now, there’s support in FCP X 10.4.1, high-end Atomos Shogun Inferno and Sumo 19 recorders connected to high-end Sony/Panasonic/Canon cameras, and directly in some high-end DJI cameras too. Still, you’d have to suspect that support will spread quite widely quite quickly, because raw is currently a pain, and ProRes RAW is not. I’ve played with some sample footage and it behaves quite nicely on a regular FCP X timeline. Still, at least so far, there’s no news for built-in support in the…

I hope you don’t actually hold the hard drive like this, but it’s great anyway

Blackmagic Design really do like to make a big splash at NAB, and this successor to the Pocket Cinema Camera fixes most of that older camera’s shortcomings. I liked that camera a lot, but eventually I jumped ship to Panasonic, and indeed this camera is a lot like their GH5S. It doesn’t include in-body stabilisation, but it does include two native ISO levels for better low light performance, supports 60fps at 4K and 120fps if you crop down to 1080p.

Four built-in mics mean that on-board sound is improved, mini-XLR with phantom power enables better external sound, a locking power connector, full-size HDMI and better battery are all welcome, and the UHS-II SD and CFast 2.0 slots let you work with your choice of media. Probably the most exciting feature though is its ability to plug in a USB-C hard drive and record your files directly to it. It’s never been easier to go from camera to edit, and for instant turnaround edits it’ll be spectacular.

Finally, the in-built touch screen is pretty huge with great menus, but doesn’t flip or even tilt — a deal killer for many. If you can overlook its shortcomings, you can expect it by/around/near September for the low, low price of just $1295, including a full DaVinci Resolve Studio license. Speaking of which… 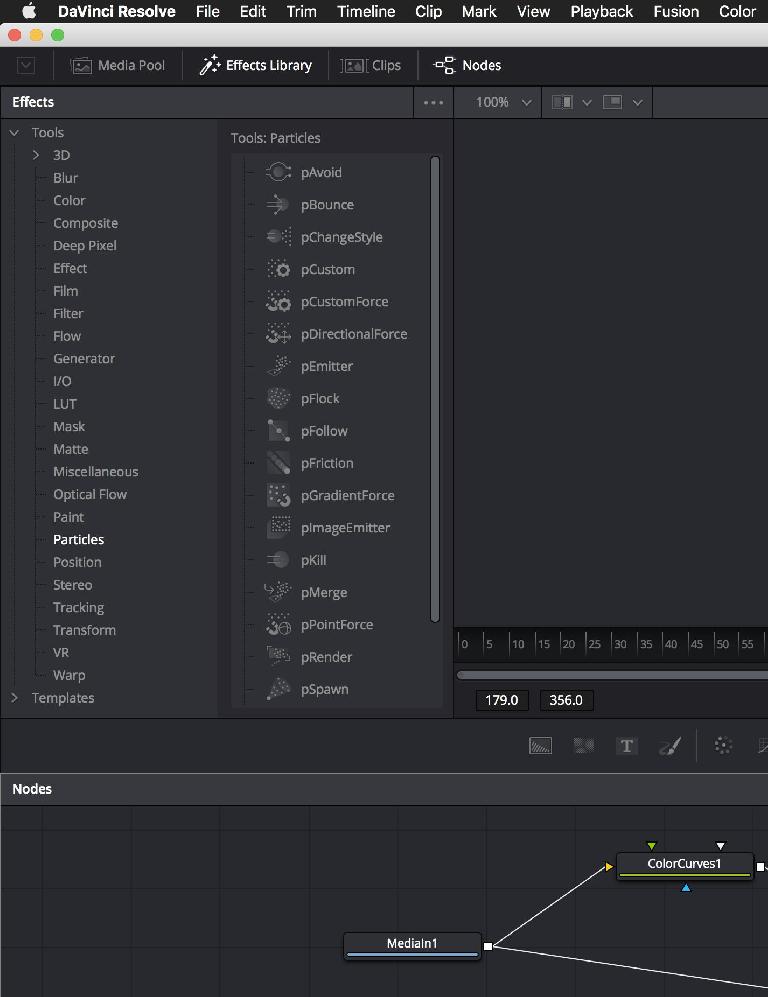 And this isn’t even all the particle effects

Yep, Fusion, originally from eyeon and used for VFX and compositing on many, many feature films, is now (mostly) available as part of Resolve 15, in a tab next to Color. It’s crazy that most features of Resolve are free, including editing up to UHD resolutions, and including this too. If you’ve never dealt with node-based compositing, you’ll find them powerful and fun once you get your head around them. To help with that, here’s an official What’s New video from Blackmagic Design themselves. 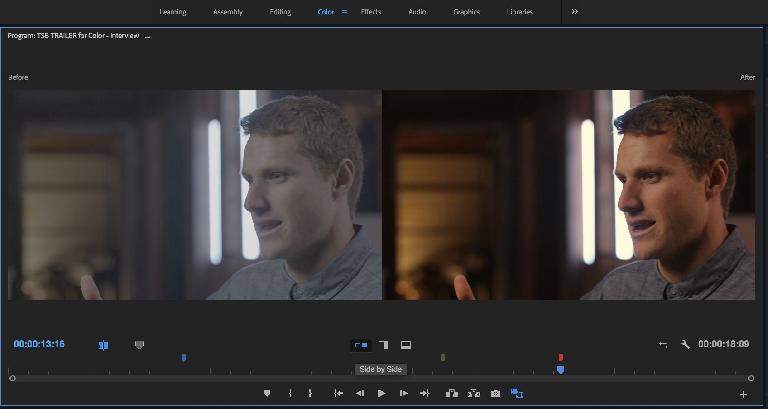 Adobe announced their NAB-timed updates last week, and Premiere saw a number of welcome improvements. The motion graphics template support continues to grow in capabilities, so more titling can be done directly in Premiere rather than After Effects. Color matching, auto-ducking, and (finally!) hardware accelerated H.264 and HEVC encoding. More details here. 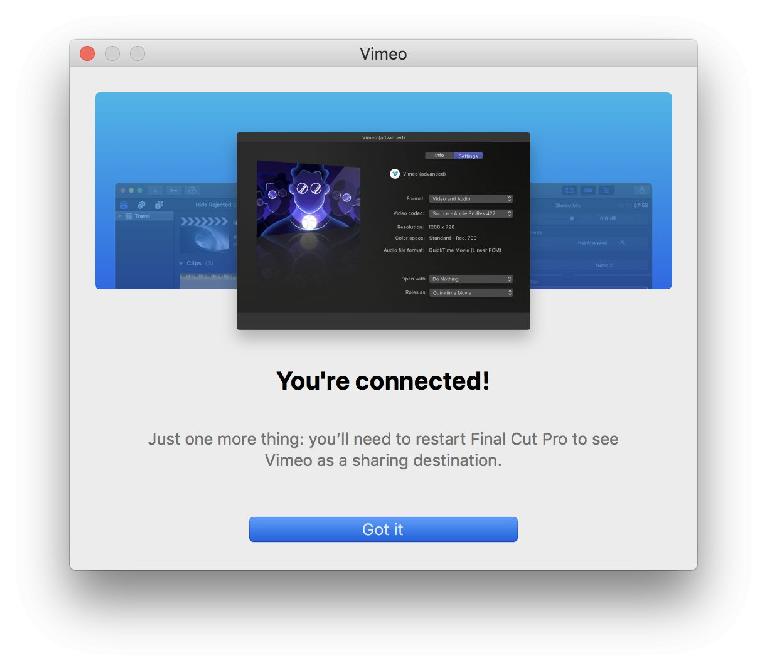 The stock site Pond5 now offers a new app that lets you work with low-res watermarked proxy files in your FCP X timeline (Premiere has an add-on too) then instantly switch in the full-res media upon purchase. Slick!

Vimeo has a new Mac app, enabling advanced uploading from FCP X to Vimeo. Without using a browser, you can upload in ProRes (and with captions) if you wish, change your video details, and even play them. Nice!

Avid announced that you can now rent Media Composer for just $20/month so long as you don’t need collaboration or ScriptSync.

FCP X-friendly caption support has already hit SpeedScriber, and CoreMelt’s new Scribeomatic was demoed at the show as well. Lumberjack System can make use of caption data for editing too — it suddenly feels like there’s a whole lot more text connected to FCP X timelines.

CommandPost now supports MIDI mixers and Tangent devices (both physical and iPad-based) for general commands and controlling color correction. It’s truly magical to be able to use physical sliders to control the color board, and it works today.

Lumaforge’s Faster Together brought perspectives from many editors and post professionals onto the show floor at NAB, and people listened. FCPExchange had huge queues too. 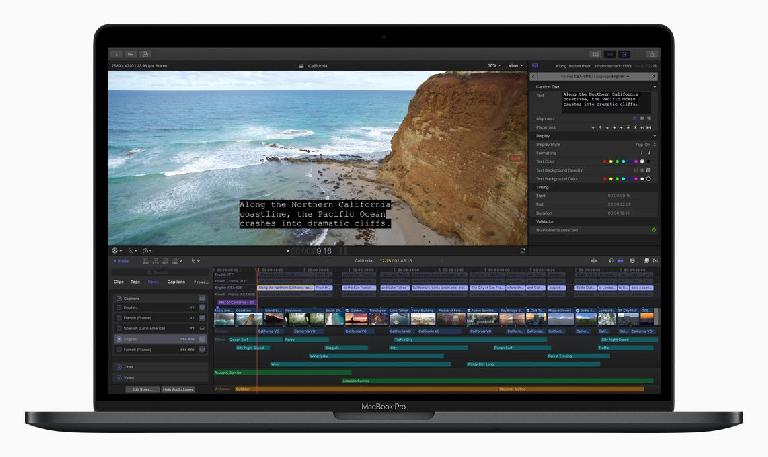 Captions — great for accessibility, and quite possibly useful during production too

A whole lot went on this year, and it’s still (just!) going on as I write. With Avid getting cheaper as Premiere and FCP X introduce new features, the industry becomes more and more accessible — and not just because it’s easier to add captions. You don’t need to have a lot of money to make a movie (Resolve is free!) and when you do buy a camera, you get more for your dollar. Now RAW is cheaper and easier too, and that’s great.

In the last year, Apple’s become more public, talking more about successes and future plans — and a bit of PR at the biggest video trade show helps a lot. But whatever NLE(s) you use, a competitive marketplace is healthy for everyone. It’s convenient that once a year, we can see that marketplace evolve over the space of a few days, and the whole year (until the next NAB) is going to be a fun ride.

Iain Anderson
Iain Anderson is an editor, animator, designer, developer and Apple Certified Trainer based in Brisbane, Australia. He has taught privately and in tertiary institutions, and has freelanced for Microsoft and the Queensland Government. Comfortable with anything from Quartz Composer to Second Life and Final Cut Pro to Adobe Creative Suite, he has laid out books, booklets, brochures and business cards; retouched magazine covers and product packaging, shot and edited short films and animated for HD broadcast TV, film festivals and for the web.
Related Videos
Comments (3)

Dream It. Do It.
Do you want to learn FCP Touch Bar Essentials?
Yes, I want to learn!
No Thanks, I just want to read the article.
Feedback
How are we doing?
We'd love your thoughts, feedback and questions regarding our new site. All feedback is appreciated!
We do not respond to this form! If you need support, please visit our support page.
Thank you for your input!
Your message has been successfully sent
Course Advisor
Don't Know Where To Start?
Ask A Course Advisor