All Articles Synths & Sound Design
5 Keyboard Workstations that Rocked the 80s & 90s
G.W. Childs IV on Sun, December 17th 0 comments
Computers weren't always king - for many years, a hardware keyboard workstation was the dream item for players and producers. Here are 5 classics and a trip down memory lane.

Computers weren’t always the center of the studio. Towards the end of the 80s, the digital synthesizer began to dominate, and the analog sweetness temporarily faded. We began seeing some powerful sampling workstations that really changed music for humanity in general. By creating instruments capable of playing multiple instruments at once, music manufacturers provided composers with instruments that were capable of being programmed to play back a complete arrangement of music from one internal synthesizer, including drums. In this article, I’d like to spotlight some of the workstations I saw the most of during the late 80s and 90s.

In 1988, I still believe that Korg nailed it by creating a workstation that was affordable. It wasn’t as powerful was a Fairlight series workstation, or a Synclavier. And, it didn’t have as many sequencer parts, like the Roland D-20 synth workstation. But it sounded great. Having been a Roland owner at the time I was always jealous of friends who had the M1. Sure, I could get more parts out of my D-20. But the patches weren’t as cool and the drum programming wasn’t nearly as simple as the M1. 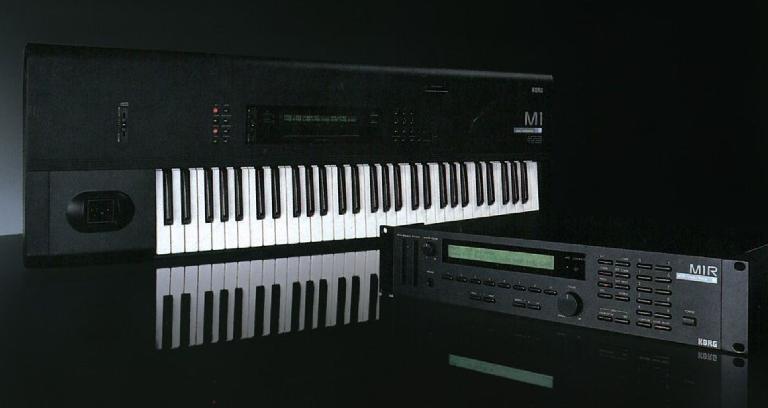 Also, unlike Roland, Korg supported the M1 for years. They continued to build new libraries and keep some backward compatibility with later synths. As Korg, a few years ago, re-released the M1 on iPad, Gadget, and some VSTs, it was interesting to go back and hear how good those patches really were. Well, they still sound really good. Now, the D-20 patches… There’s another story.

Roland was winning, however, over in the sampling workstation arena. It was around this time that Roland announced the W-30, which housed an S-330 sampler, with a light version of their flagship sequencer, the MC-50 Mk II. It included 8 audio outputs, allowing producers to separate out all their sampled tracks in a big mix, with outboard effects and so on.

I used to use a delay pedal on output that I had all of my synth and arpeggiated parts going to, a dry output for drums, and one set of outputs going to an Alesis MIDIverb 3 set to receive program changes from the W-30. My effects would change throughout the show, and I even sometimes had a little bit of sample memory left for a drum loop. Not much though. During this time, the Ensoniq EPS was going on and I had thought about jumping over to an EPS. But I liked the sequencer on the W-30 far more. If you could be patient with the manual, you’d find even more tricks it could do.

I lament that I never was able to afford, while owning the W-30, a SCSI hard drive. The W-30 had a SCSI port, allowing fast (or, fast back then - meaning not having to constantly answer to insert disk 6) access to your samples. Nor was I able to procure a SCSI CD-Rom drive for my W-30, to access further Roland sample libraries for the S-330, S-550 and S-50 samplers... which was huge. But I sampled a lot of content of my own, created a lot of patches and saved content to many 3.5 floppy disks. I still have them… Just no W-30. :(

Sidebar: Yes, there is a smaller list of notable users here. There were some other workstations during this time that definitely outsold the W-30. But for what it did, it rocked.

In the mid 90s, the ASR-10 was the ticket. The successor to the powerful Ensoniq EPS, the ASR-10 had cool effects, a huge sample library, loads of developers supplying more sample content and a loop based sequencer capable of all sorts of fun editing tricks. I never actually owned one but so many of my bandmates and even producers I worked with back then had one. So I got pretty familiar with them. But I was never able to keep up with guys like Rommell Regulation (Razed in Black), who pretty much slept with theirs back then. He went on to win Ensoniq's best demo competition and was quite ingenious in his approach.

A few years after the release of the ASR-10, the ASR-X exploded on to the scene - an ASR-10 placed inside of a drum machine style enclosure, complete with pads! The Akai MC series finally got a major run for its money. A massive amount of Hip-Hop producers jumped on board, with the increasing size of the sample libraries, and drum pads directly mapped to the internal sampler. It was a cool, sampling drum machine. But the ASR-10 workstation was still the mack daddy, as it had a much larger feature set, sample memory and so on.

In the late mid to late 90s, the Kurzweil K2000 was the ticket. With an amazing patch library along with a beast of a sequencer, the K2000 was a composer’s best friend. The strings, the orchestras, even the cappella patches in their realistic expressivity were so much fun. Shortly after the K2500 series released, sporting a much larger housing, more keys, more faders and much bigger display, Kurzweil announced an upcoming upgrade that had everyone going nuts - the KDFX upgrade. This upgrade allowed K2500, K2600 and K2661 users up to four stereo effects at once, going out of four of the stereo outputs of the massive workstation. I know this may not seem that cool now but believe me, every synth junkie around that time talked about the Cadillac of keyboards- A K2500S with the KDFX update! 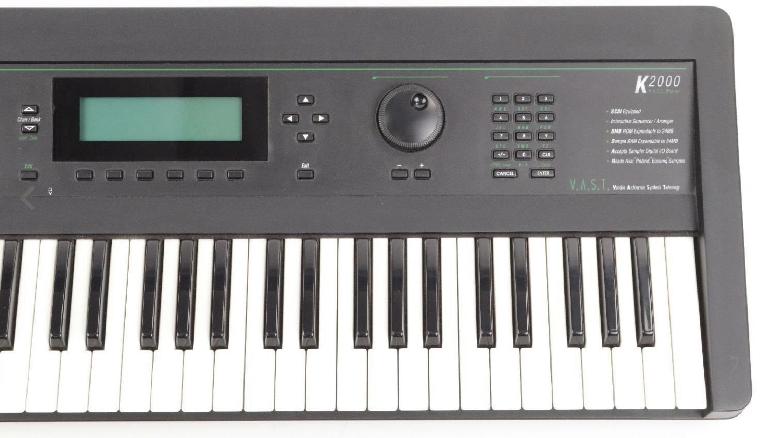 The Virus wasn’t really a workstation, as it didn’t have an internal sequencer. But with a sequencer (computer based, or hardware), it might as well have been one. In my realm of music, during the late 90s, to early 00s, those were the synths that everyone wanted. Everywhere you looked, more and more major electronic musicians were being seen with the Access Virus and endorsing it. The onboard library of presets that came with every Virus, to this day, I still keep hearing on the radio. And the arpeggiator patterns still hold up.

Learn more about classic and new synths and how to use them >>> https://ask.audio/academy?nleloc=topic/synthinstruments
Related