All Articles Audio Hardware
5 Tips For Integrating Korg Volca Mix Into Your Volca Studio Setup
G.W. Childs IV on Wed, May 23rd 1 comments
Korg's Volca Mix finally gives you a dedicated means for connecting the members of the Volca family together. Here's how to do that, as well as wiring in other gear from your studio.

Now that we have a volca mix available and there’s a healthy supply of volca instruments to route to, we have a lot more options. And while volca mix doesn’t appear to have that many inputs or outputs, there are still many ways you can use it with your volcas, and other synths you may own. In this article, let’s take a look at some alternative ways to wire the volcas with volca mix for your home, studio and on the go. 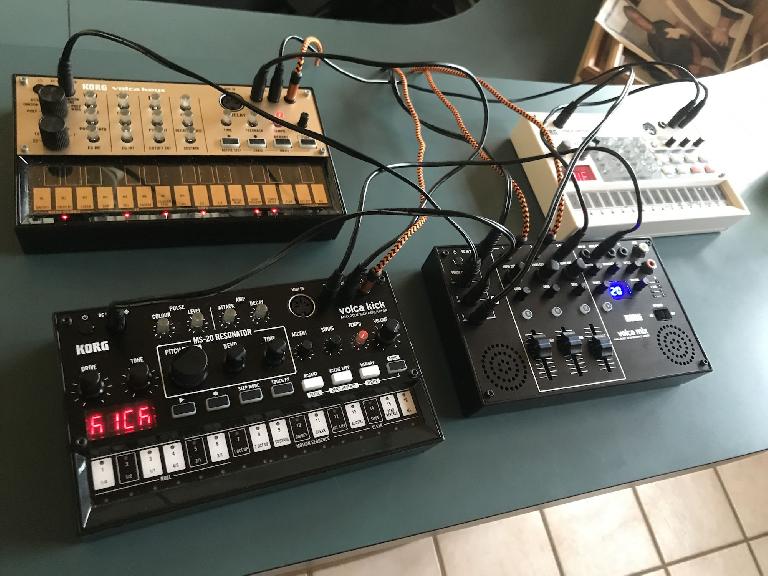 I don’t know if you noticed, but the gold tipped audio cables that come with volca mix are short! And that would make sense in some cases. People don’t tend to like having a lot of spaghetti all over the place, and the short cables help with this. But if you’re needing a little more length or you’d prefer to go with some cables that might be a little more robust, you might consider some new 1/8” cables that are a little longer. 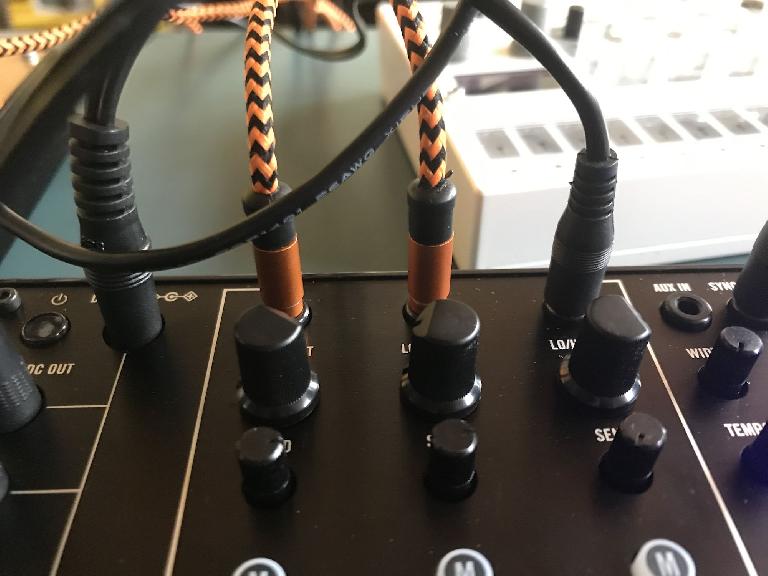 I would highly recommend some colored, braided 1/8” audio cables. They are easier to see in dark situations, like when you are on stage, or jamming out in dark studios. If you get a 4’ or 6’ cable which are much longer than what the volcas come with, I find that the braided cables are much easier to bring under control. Meaning in my experience they don’t stick up and out or all over the place quite as much. Plus with the length you can spread your workstation out a little more. Though this might require switching your other volcas to run on their own power in some situations.

2. Main Out, Or Headphone Out?

While the RCA jacks are great for DJs who want to connect in to club systems and so on, the home engineer would probably rather use 1/4” or even better XLR. Granted, you can get 1/4” adapters for the RCA tips but these adapters, at least in my neck of the woods, are a little harder to come by. And to be honest, I’d rather not have to use an adapter. 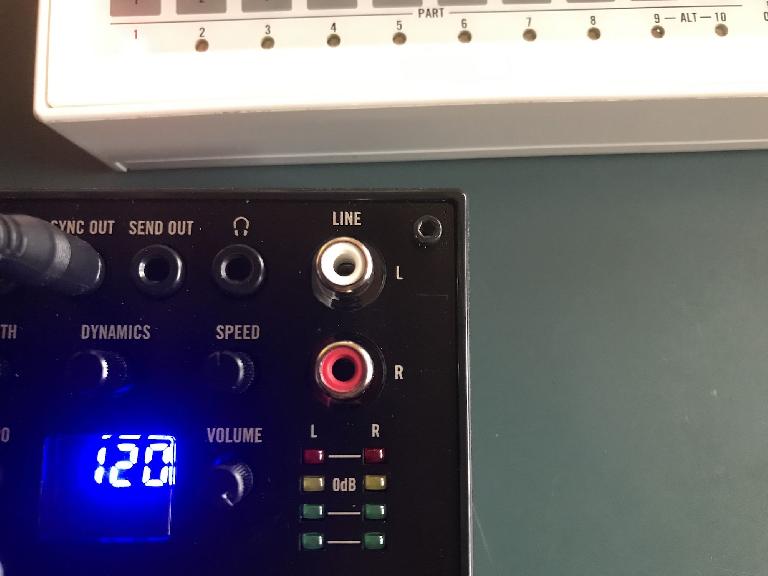 When I run into this situation, I just use the headphone out. It’s a 1/8” connection like all the other volcas, and I can run a 1/8” to dual 1/4” directly from the box, no adapters needed. This ensures a clean connection without introducing some of the additional noise adapters can bring in to the signal chain. 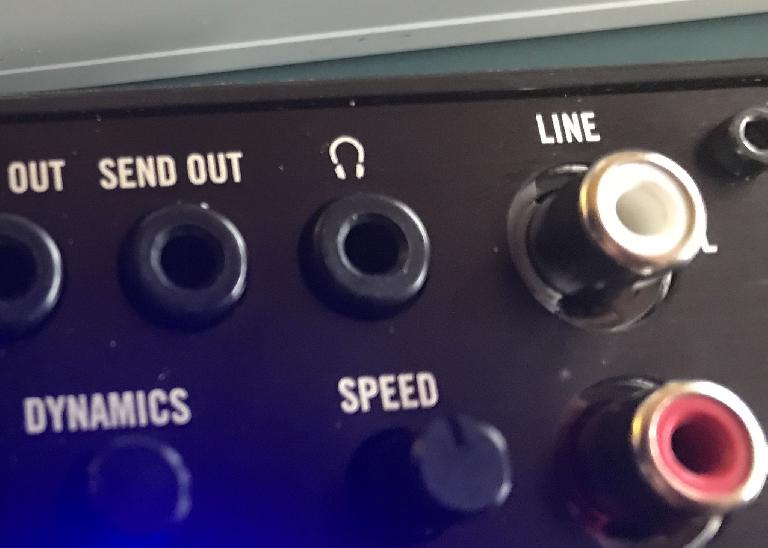 While it’s very cool that the volca mix is also a sync source, this does you absolutely no good if you’re trying to sync your volcas to a DAW. Because there is no ‘sync in’ on the volca mix, you are going to have to just bypass this output with other volcas if you need to sync to a DAW. 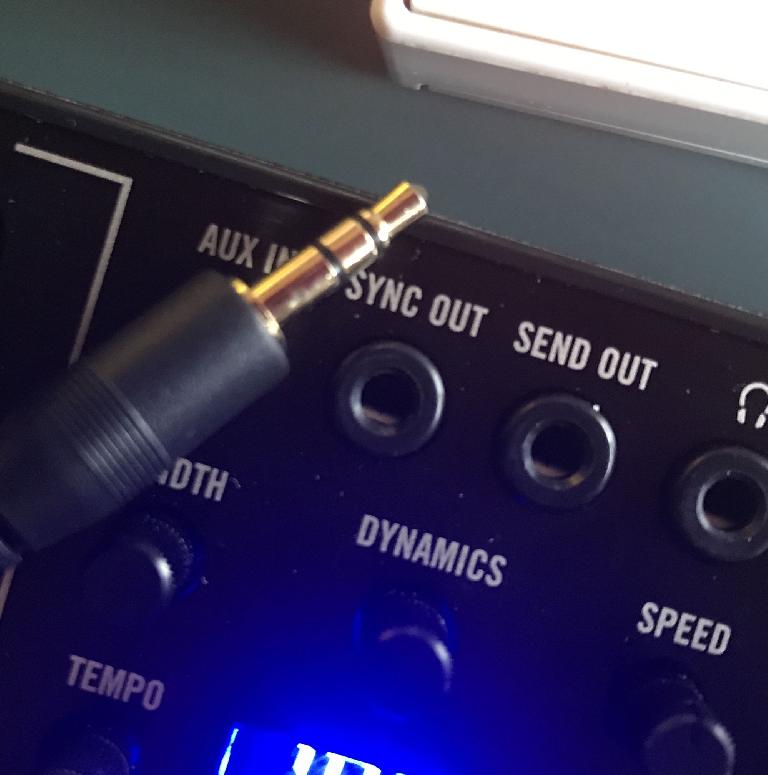 Korg does give you options for this, even if they aren’t apparent at first. Korg SyncKontrol is an App for iOS that sends sync out of the audio output of your phone and also has Ableton Link. Just link to your Ableton session, send a line to a volca Sync In from your phone, and Sync Out, accordingly to all the additional volcas. 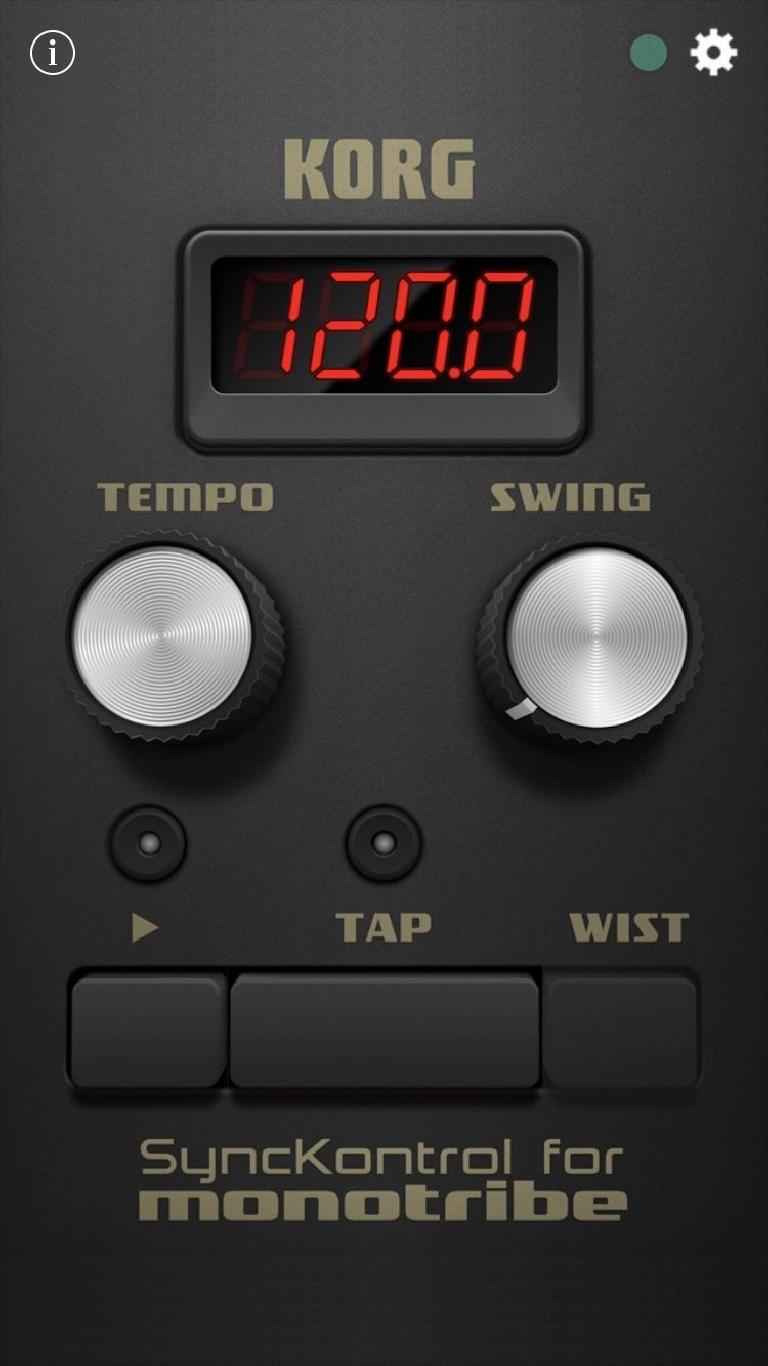 Sure, this means the volca mix sync options aren’t even used in the configuration. But you still have audio from all the volcas going in to one input and the mixer is still powering all the volcas!

If you’ve ever thought of introducing any of the Teenage Engineering pocket Operators into your rig, I’d make one small suggestion. Because the Pocket Operators gain sync via their input and send sync via their output, I would strongly recommend having your POs at the end of the sync chain. Yes, they work with volca mix. But volcas cannot retransmit sync and audio in the same way. They have separate sync ports.

If you aren’t using any outboard effects with your mix, I would highly suggest you try it. Being able to expand out the sound of what your volcas are capable of with cool echoes, reverbs, stutters and more can utterly change a set for the better. You can add a ton of texture to boot. One particular outboard effects device that I love for both portability and the ability to upload with new effects are Patchblocks. 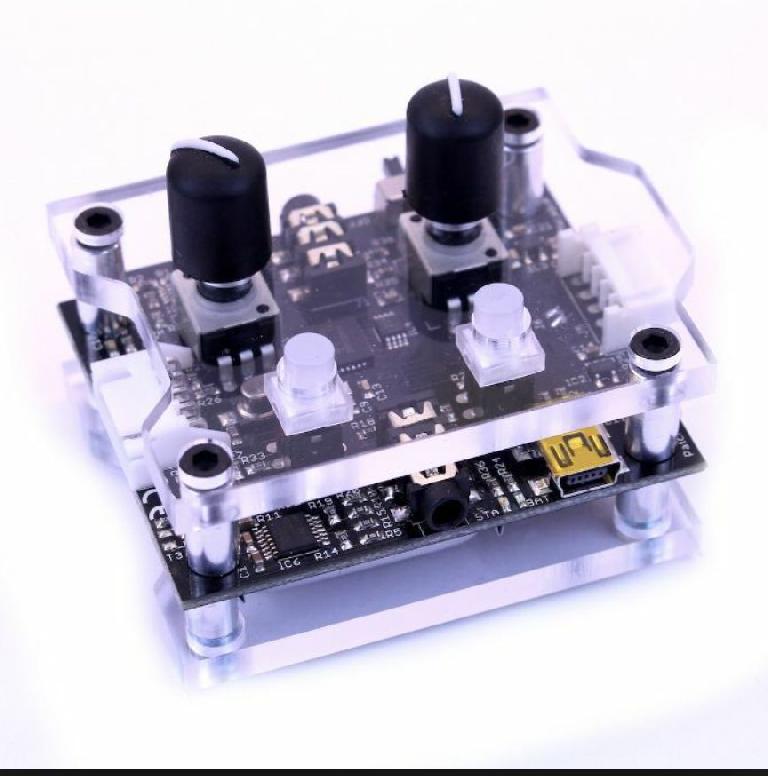 '¨These small, portable devices can be loaded up with an effect, with a synth preset, with noise generators and more. While they do not accept power from volca mix they are rechargeable and are very low cost. Sure, the Kaoss pads are great but can you design new effects for them on a computer?

While there are technically only three inputs in the specs of volca mix, there are technically 6 inputs. The Aux I mentioned in the last section can be used as an additional stereo input. If you have a splitter, it can be 2 more outputs. This goes the same for the the third stereo input channel. Granted, the inputs will be panned hard left and hard right, depending on the width. Still, those are additional inputs. 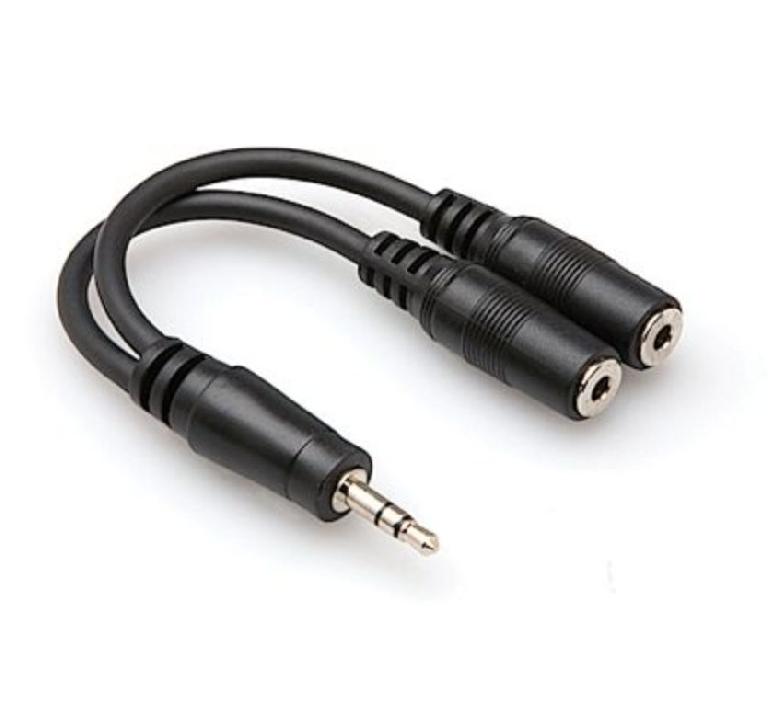 Small, third party mini-mixers can also be an asset with the volca mix. Who says you have to be limited to 6 inputs? You could split the input of one, with another low-cost third party mixer and add several more devices and effects to your rig.

Korg designed the volca mix well, and there are many ways in which it can be used, despite first impressions. Plus it’s a clean little mixer when you aren’t hearing some of the natural noise produced by some of the volcas. I would invite you to try some different configurations of your own, as there are many possibilities. I would also suggest trying to use some effects devices as inserts (going direct into the mixer) when you have some time. Distortion pedals with volca kick going direct in to volca mix, anyone? Talk about some dirt!