Adam Audio has announced the latest additions to its monitor lineup, the T Series consisting of the T5V and the T7V active nearfield monitors. Here's what they told us.

Berlin, Germany (22. January, 2018) – ADAM Audio is proud to announce the introduction of the T Series, their new accessibly-priced range of nearfield studio monitors for audio recording and production professionals. The German engineered T Series monitors share many of the design innovations created for ADAM’s acclaimed S Series flagship monitor range, resulting in the accuracy, precise dispersion characteristics, and high dynamic range, that have positioned ADAM Audio as one of the premier names in studio monitoring worldwide. The T Series features ADAM’s U-ART Accelerated Ribbon Tweeter along with a newly designed polypropylene symmetrical-excursion woofer that extends bass to lower frequencies with less distortion than historically possible in this price category. 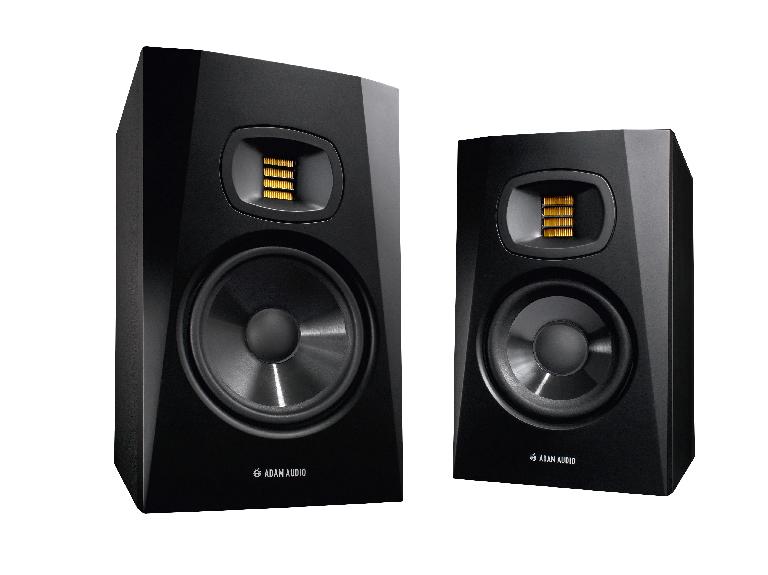 “The engineering team at ADAM Audio was a given a challenge,” says Christian Hellinger, CEO of ADAM Audio. “We asked them for a range of nearfield monitors that will fit into tighter budgets without compromising the design standards that made ADAM a fixture in studios around the world. The T Series delivers, with wide frequency response, low distortion, and precise dispersion control in a value-conscious solution.“

The availability of the T-Series is scheduled for spring 2018.

Learn more about mixing and mastering in the Ask.Audio Academy here.
Related