All Articles News
Apple's New 2018 MacBook Pros: Big Performance Boosts for Musicians & Producers & Logic Pro X
Rounik Sethi on Sun, July 15th 4 comments
Benchmarks for the new 2018 Apple MacBook Pro's are coming in. They are nothing short of impressive. However, the price for a spec'd out 15-inch 6-core with 4TB SSD will also take your breath away.

Gone are the days when announcement for a new MacBook Pro would be the event of the year from Apple. The pro line of computers now play second fiddle to consumer level MacBook Airs and the iPad and iPhone. That said, Apple haven't forgotten their creative users as their new super powerful 2018 MacBook Pro line demonstrates.

Just a few days ago, with little fanfare, Apple updated the higher end models of the MacBook Pro range. The external design is unchanged. The 13" and 15"  now include the 8th generation of Intel processors. The 15" now features a 6'‘core Intel Core i9 processor which Apple say makes it up to 70 percent faster than the previous generation. While the 13" sports a quad-core processor and is up to twice as fast as the previous generation.

Then there's the infamous butterfly mechanism keyboard which some users find acts up when dust gets below the keys. Apple have even advised on ways to prevent problems occuring or continuing by using compressed air to clean it! Happily, Apple have made the keyboard quieter to type on. Unfortunately, there's no word on whether they've fixed this inherent issue with the keyboard becoming unresponsive due to small amounts of dust.

But let's pretend most musicians and producers don't need to type much... the new 2018 MacBook Pros are defintely powerful, high-end machines. According to the their stats, the 13-inch quad-core MBP can run twice as many instances of Alchemy than the previous generation while the 15-inch six-core MBP provides 70% higher Alchemy track count than the previous model. 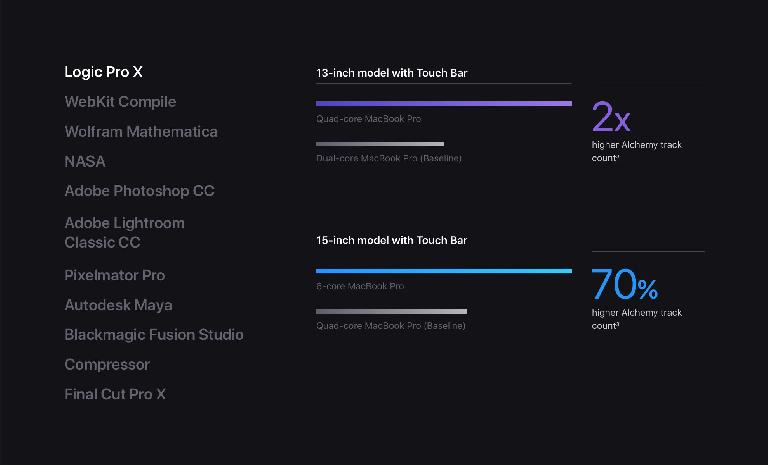 All in all, that's very impressive indeed. But the performance comes at a cost.

Admittedly, the majority of that price is for the SSD. If you can make do with just 512 GB of SSD storage you'll pay about half of the above, $3,499 USD. Still a hefty amount to pay for a high-end laptop with excellent performance, excellent graphics capabilities, a wonderful screen... but a potentially suspect keyboard. 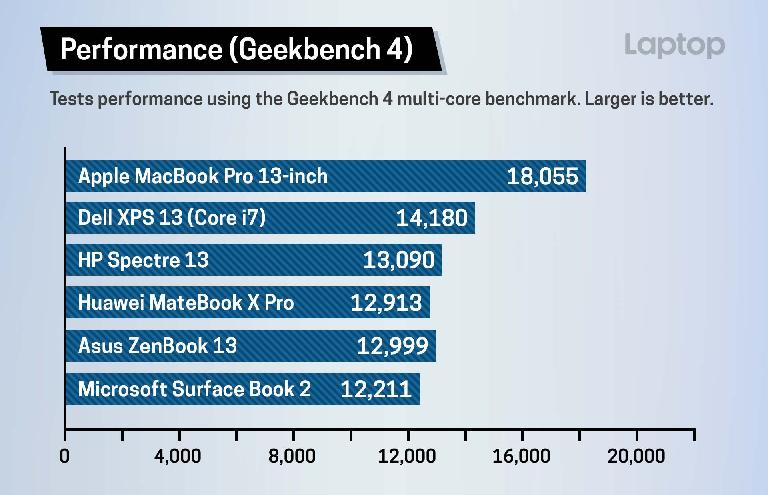 The SSD on the new MacBook Pro's are equally impressive, and Laptop Mag claims they are the fastest they've seen in any laptop to date! The average write speed of 2,519 MB/s simply smashes the Dell XPS 13 Core i7's paltry 399.4 MB/s! 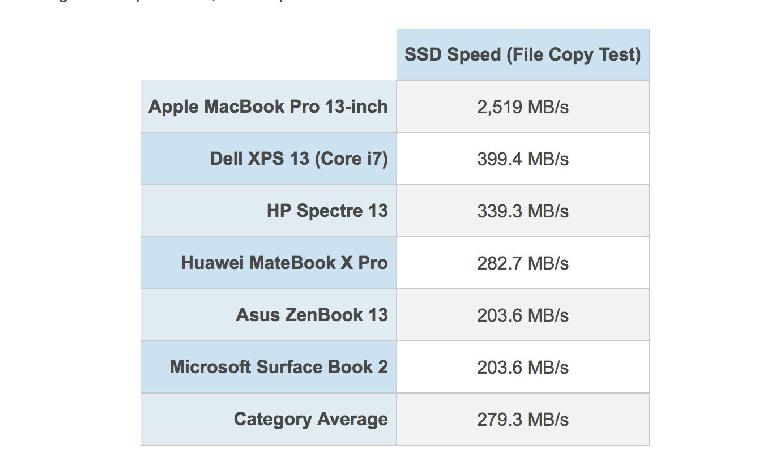 Interested in seeing some benchmarks and hands-on performance with the 2018 13-inch MacBook Pro? Apple Insider are one of the first to oblige:

Whether a 2018 MacBook Pro is a good investment for musicians and producers remains to be seen. Of course, in the Windows PC world it's often possible to pay a lot less for similar (and sometimes better) spec. Then there's the hackintosh route to consider if you're feeling brave. If you definitely need a Mac for making music then the question is whether you need a portable solution, otherwise the current iMac and iMac Pro are worth checking out. For those requiring more grunt to power large film scores and huge sample libraries then the new modular Mac Pro expected in 2019 might be worth waiting for.

Do you want to improve your music production skills? Check out our pro level online courses here: https://ask.audio/academy
Related

Rounik Sethi
Rounik is the Executive Editor for Ask.Audio & macProVideo. He's built a crack team of professional musicians and writers to create one of the most visited online resources for news, review, tutorials and interviews for modern musician and producer. As an Apple Certified Trainer for Logic Pro Rounik has taught teachers, professional musicians and hobbyists how to get the best out of Apple's creative software. He has been a visiting lecturer at Bath Spa University's Teacher training program, facilitating workshops on using music and digital media tools in the classroom. If you're looking for Rounik, you'll most likely find him (and his articles) on Ask.Audio & macProVideo.com.
Related Videos
Comments (4)

Dream It. Do It.
Do you want to learn Mastering Essentials?
Yes, I want to learn!
No Thanks, I just want to read the article.
Feedback
How are we doing?
We'd love your thoughts, feedback and questions regarding our new site. All feedback is appreciated!
We do not respond to this form! If you need support, please visit our support page.
Thank you for your input!
Your message has been successfully sent
Course Advisor
Don't Know Where To Start?
Ask A Course Advisor