It's no secret that Behringer are working on the UB-Xa, a clone of the powerful 8-voice polyphonic analog Oberheim OB-Xa synthesizer. We've known this since March 2017.

What's new is that Uli Behringer has communicated with interested users on Facebook and shared the latest front plate design. Interestingly, they've decided not to add effects to the unit "in order to retain the authenticity of the original instrument."

The front panel layout looks great. There's no word on dimensions of the unit though we expect it to be smaller than the original Oberheim model. We're not aware if it will be a desktop synth or include a a keyboard. There's also no word on price just yet. But judging by how Behringer managed to take the $3,500 Minimoog and turn it into a fantastic $299 desktop synth with eurorack compatibility, we think the price of the UB-Xa will be in the "deal" category. 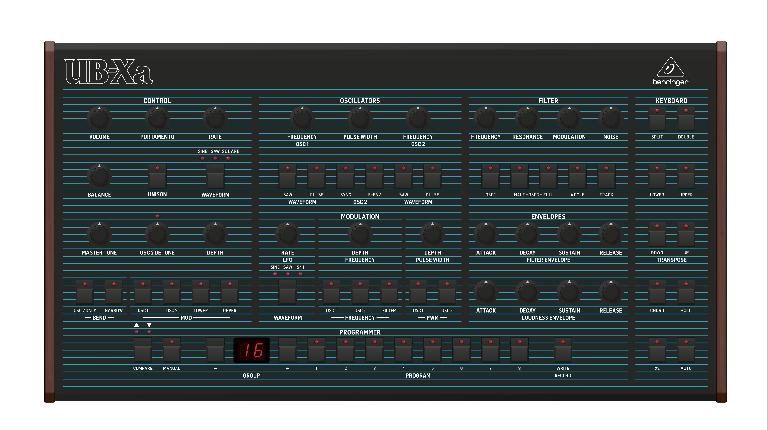 Also interesting is that Uli urges people not to disappointed by the ommission of effects (which to be clear are not present on the original synth): "when it comes to effects, we might be able to surprise you with a very cool solution in the near future :-)"

Now, I hope I'm not reading too much into his words, but doesn't that sound like Behringer are planning a hardware effects unit? Surely that would be the only solution to not providing on-board effects?

Here's what Uli Behringer said in the UB-Xa Facebook group:

"Please find attached a new front panel layout, which includes many of your suggestions. However we decided not to integrate effects in order to retain the authenticity of the original instrument. When it comes to effects, we might be able to surprise you with a very cool solution in the near future :-)

"While the team is now working on the schematics and software architecture of the synth, we have not yet locked down the design and feature set, so there is still room for change."

After playing extensively with the Behringer Neutron, 2-oscillator, paraphonic analog synthesizer with its own unique sonic character, that sounds very good indeed, I'm even more excited to see the UB-Xa in the flesh.

Stay tuned to Ask.Audio for more details on the UB-Xa as they are revealed.

Check out our preview & video sound demo of the Behringer Neutron here.