All Articles News
Behringer To Make Eurorack Modules In $49-$99 Range
Rounik Sethi on Sun, April 15th 6 comments
Not content with their existing growing line of super-affordable, high-quality hardware synthesizers, Behringer are jumping into the eurorack market too. And they want to know what you want.

With the Model D, DeepMind and Neutron now out Behringer have been planning to conqueor the synth world with a Pro One clone, OB-Xa clone, and potential Jupiter-8 and TR-909 clones too. 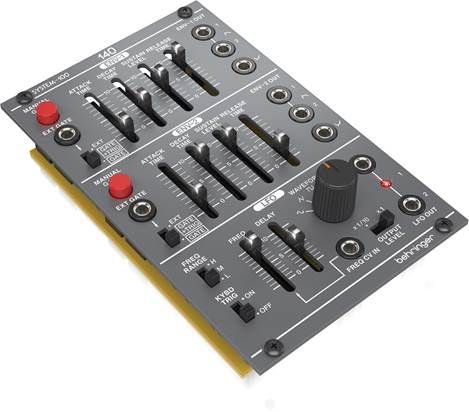 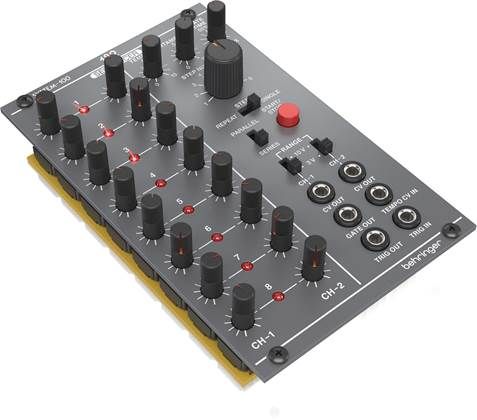 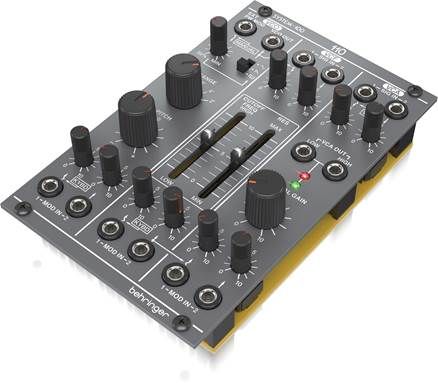 As if that wasn't enough to keep us interested Uli Behringer has announced his company are now about to jump into the the world of eurorack modules by popular demand. And in the style we've become accustmed to he opened up the discussion to everyone on Gearslutz :

As you are aware, many of our synthesizers such as Model D, Neutron, Pro-1 etc. have been designed to be used as standalone instruments but also to fit the hugely popular Eurorack format.

Many of you have now requested for us to build individual Eurorack modules, powered Eurorack cases and especially bring back some of the legacy modular systems.

At the same time we also thought about inviting all designers and engineers among you to participate in this initiative.

The goal would be to build a wide range of modules and - as usual - at very affordable prices (target prices US$ 49-99) which would allow us to open this market and get as many people as possible into synths and making music.

Our synth teams are very excited about this potential direction and would love to hear your opinion.

If you already have a semi-modular synthesizer like the Model D or the soon to be released Neutron (a steal of a synth for just $299 btw), then you're already half way in the world of eurorack synthesizers thanks to the patch bay in both these synths. 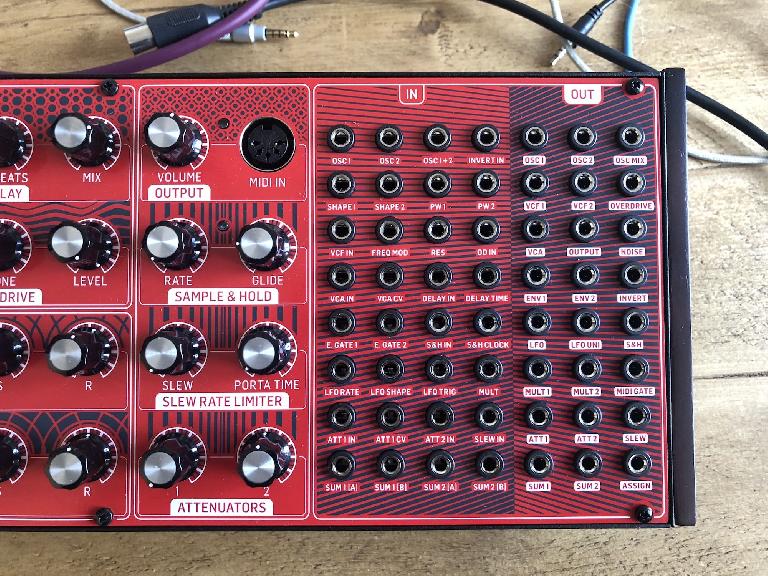 The Behringer Neutron is eurorack compatible.

We imagine Behringer will enter the eurorack synth world with a wide array of modules covering all bases, perhaps including some of their tasty filters from the Model D and Neutron. The modules will be in the very affordable $49-$99 range, which we suspect will be cheaper than similar modules by smaller companies.

Until we know more it's difficult to say what impact this might have on the industry as a whole. But we generally think building an accessible bridge between the computer musician and the world of hardware synths and now eurorack synthesizers can only increase the numbers wanting to explore it. Ultimately that should bring more interest and customers to large and small eurorack module manufacturers.

Of course, some smaller eurorack makers might be squeezed out if their more expnsive range of modules compete directly with a cheaper variety. However, the world of modular synths has niche products where price isn't neccessarily the deciding factor for customers. The quality, design and creative potential carry just as much, if not more, weight.

In short, we hope there's room for everyone, from the smaller eurorack makers to the established brands like Mutable, Make Noise, Bastl, to the bigger companies like Roland and Behringer.

Learn more about Behringer Neutron in our 1st-look video: https://ask.audio/articles/prereview-behringer-neutron-analog-synth-walkthrough-sounds-demo

Rounik Sethi
Rounik is the Executive Editor for Ask.Audio & macProVideo. He's built a crack team of professional musicians and writers to create one of the most visited online resources for news, review, tutorials and interviews for modern musician and producer. As an Apple Certified Trainer for Logic Pro Rounik has taught teachers, professional musicians and hobbyists how to get the best out of Apple's creative software. He has been a visiting lecturer at Bath Spa University's Teacher training program, facilitating workshops on using music and digital media tools in the classroom. If you're looking for Rounik, you'll most likely find him (and his articles) on Ask.Audio & macProVideo.com.
Related Videos
Comments (6)