All Articles News
ELTA Music's Solaris100 Has 100 oscillators, 20 voices. But What Is it?
Hollin Jones on Thu, April 4th 0 comments
A cryptic post together with a rather massive-looking synth from Russian specialists ELTA Music has appeared... what could it all mean?

Very scant details about this so far, just a cryptic post on Russian synth specialist ELTA Music's FaceBook page. But what there is looks enticing... here's what they said about it. 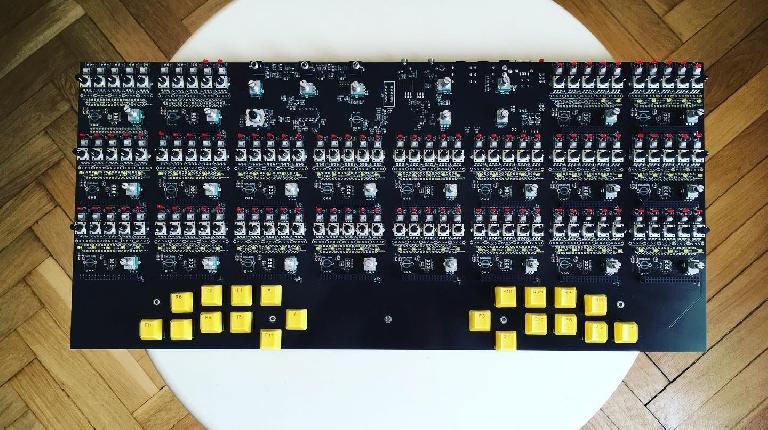 No word yet on what it might sound like but with that many oscillators we're guessing it's going to be pretty big. Stay tuned for more news as we get it!