The core of the module centers on a highly stable AS3340-based VCO with three simultaneously available waveforms, transistor-based suboscillator and detune function. There are two BBD delay lines which can function as a frequency shifter, which can be mixed back to the principal oscillator in order to emulate two detuned VCOs. Meanwhile, tube crunch, a distinct tube overdrive, is added on the top of the mix.

Furthermore, the Audio input feature enables users to mix an external audio signal with the principal oscillator — resulting in a crazy sonic experience. If you are looking to get really low frequencies and have a sound that sets your modular system apart from mass, Fusion VCO V2 is exactly what you need! 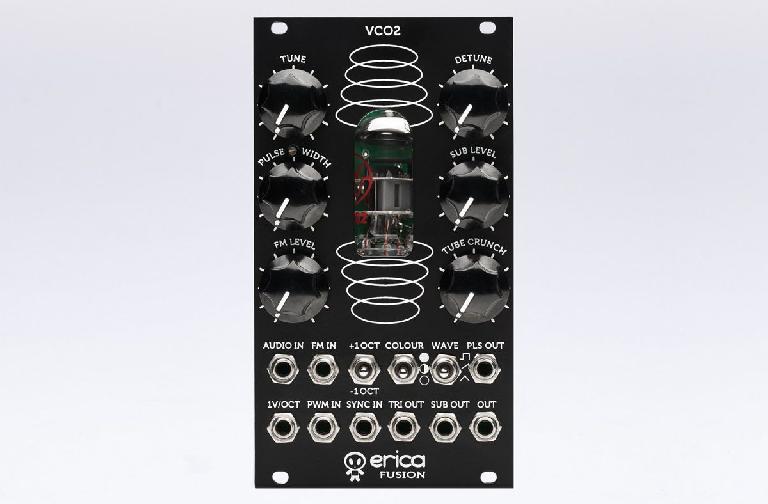