All Articles News
Erica Synths Offering 15% Off Drum Series Modules
Hollin Jones on Mon, December 23rd 0 comments
The sale starts on 20th of December and will go on until the end of the year - 31st of December 2019. Grab these discounts while you can.

Erica Synths Drum Series modules are the ultimate tools for rhythm based music production, live performances and sound design. You will find everything your drum rack needs - from Bass Drum, Snare and Cowbell to Drum Sequencer, punchy Bassline and the extremely capable Sample Drum as well as fx, modulation and mixers in between. And now teh company is offering 15% off all the modules for a limited time. 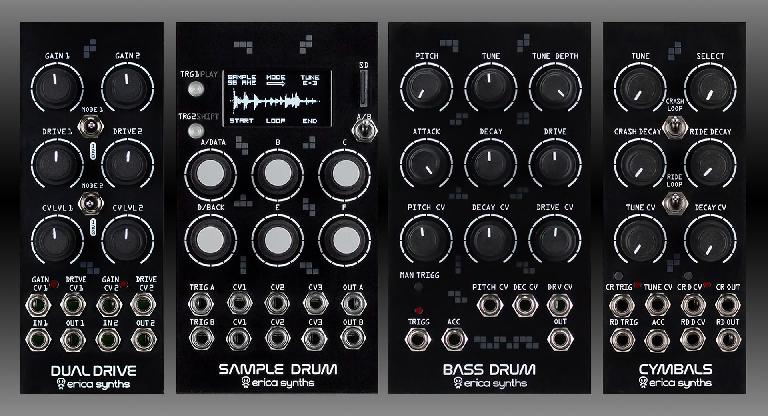