All Articles News
Gamechanger Audio Showcases Third Man Plasma Coil, Plasma Rack and Motor Synth
Hollin Jones on Wed, July 24th 0 comments
A flurry of new gear from Gamechanger Audio will have performers and producers everywhere looking forward to getting their hands on these exciting modules...

Gamechanger Audio has announced that they are showcasing their three newest products at the Summer NAMM 2019 show in Nashville, TN: The Plasma Coil, the Plasma Rack unit and the electro-mechanical synthesizer Motor Synth. These products demonstrate Gamechanger’s continued commitment to creating intriguing and unorthodox musical tools that utilize innovative technology to provide artists with inspiring new sounds.

Plasma Coil is a collaboration between Jack White’s Third Man Records and Gamechanger Audio.At its heart is Gamechanger’s innovative High Voltage Distortion technology that expresses audio signal as a series of electrical discharges. Even though they’ve been printing the words: "High Voltage Rock’n’Roll" on t-shirts since 1973, PLASMA Distortion is the first commercial musical device that literally amplifies audio signal to 3500 Volts.
Plasma Coil takes High Voltage distortion to new heights by adding multiple Octave-style circuits, and an additional Effects foot switch that can be toggled as latching or momentary.

The Plasma Coil in stock and available for purchase at Third Man Records online store and showrooms at a price of $350 USD.

The Plasma Rack is a progression of Gamechanger’s original Plasma Pedal, which won Best in Show at Summer NAMM 2018 for its innovative distortion circuit that transforms the player’s input signal into high-voltage plasma discharges for its signature sizzling sound. Plasma Rack brings this technology to a 1U sized rack effects unit for both live and studio applications with a larger xenon tube than the original that is able to conduct audio signals at up to 5500 volts – suitable for use with guitar and bass as well as synthesizer and drum tracks.

Additional new features of the Plasma Rack include:

The Plasma Rack is in stock and available for purchase for $1499 USD both through the Gamechanger Audio online store and approved dealers. 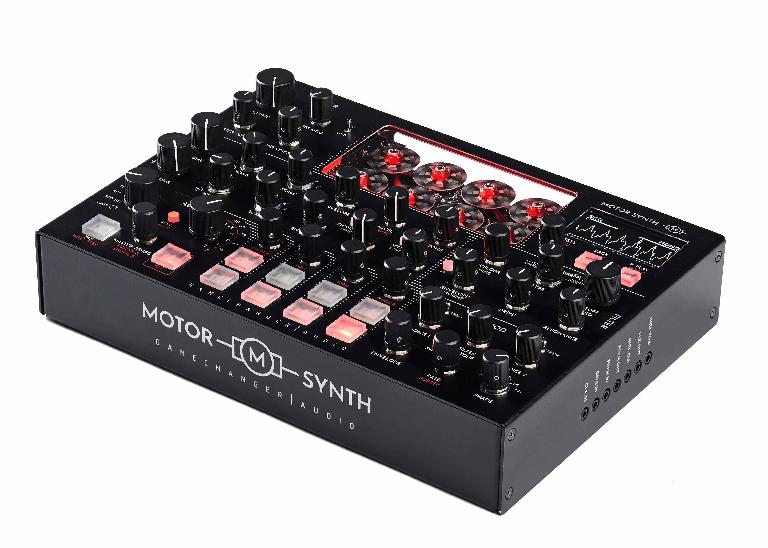 '¨Gamechanger’s revolutionary electro-mechanical synthesizer Motor Synth, which recently completed crowdfunding after raising nearly $350,000 on a stated goal of $50,000, was debuted earlier this year at SuperBooth2019 and has already received the enthusiastic endorsement of artists like Jean-Michel Jarre and Richard Devine. The four-note polyphonic synthesizer uses innovative drone motor technology to generate its otherworldly synthesizer textures, producing sound by precisely accelerating and decelerating its motors to RPMs that correspond with specific musical notes, generated either by pressing the synthesizer’s keys or tracking to a monophonic signal from a guitar or bass via ¼ inch mono input.