All Articles Logic Pro
How To Make Your Productions Sound Analog Using Logic Pro X's Plugins
Joe Albano on Mon, April 9th 0 comments
Working in the digital domain doesn't mean your productions can't get that rich analog sound. Joe Albano reveals which of Logic Pro's plugins to turn to for a vintage vibe.
Want to go deeper..? Check out our online course on "Mix Digital, Sound Analog" by Rich Tozzoli.

When digital, modeled emulations of analog hardware processors first hit the scene many traditional engineers had their doubts, but over the years modeling has proved its worth, and nowadays analog-style plug-ins are the norm. A vast array of third-party products are available, emulating everything from preamps, EQs and compressors to guitar amps and pedals, not to mention models of the classic electromechanical instruments like the Hammond B3 and Rhodes electric piano. But Logic users may wonder: is it really necessary to invest in a host of third-party tools to get that analog character, or can it be achieved effectively with Logic’s own collection of plug-ins? Let’s take a look at those plug-ins and see what they have to offer in the way of analog sound. Starting with the newest offerings, the Vintage EQ collection includes the following models: Vintage Console EQ, Vintage Graphic EQ, and Vintage Tube EQ. Each is based on a classic hardware unit with its own distinctive analog character. The Vintage Console EQ is a replica of the Neve 1073 EQ, from Neve’s classic British consoles. The original was a Class-A design which owes much of its character to the Transformers used. The Logic model closely follows the three-band layout of the original, and—as with all the Vintage EQs—includes an output section where you can enable the emulation of the particular analog character of that model, in this case labelled “Smooth”. In fact, you can even mix and match analog character between the three EQs for a little extra variety.

Vintage Graphic EQ is a model of the API 560 graphic EQ, from American console maker API. Part of the distinctive response of that unit comes from its use of a Proportional-Q design—that’s where the bandwidth remains consistent regardless of the amount of boost or cut, unlike most EQ where it widens with greater Gain. Along with the analog emulation (“Punchy”), this model nicely captures the feel of that particular piece of hardware.

Vintage Tube EQ emulates not one but two classic tube-based designs from Pultec—the venerable EQP-1A, and its companion midrange EQ, the MEQ-5. The Logic model follows the specific and unusual layout of controls of the original, including the layered, offset Boost and Cut controls of the EQP-1A, which provide a useful curve that can add bass boost without boominess, thanks to the controls boosting and cutting the same frequencies with different curves. In conjunction with these classic response curves, the analog emulation—“Silky”—of the tube circuitry promises a lot of the warmth that’s made the originals so desirable.

While the Vintage EQs are brand new, Logic’s vintage/classic compressor emulations have been around for a while now. While they also evoke specific hardware models, the approach is a little different. The EQ models not only emulate the character of the hardware pieces they’re based on, but also the precise layout of the originals’ front panel controls, while the modeled compressors—with minor exceptions—don’t precisely imitate the specific control panels and limitations of the originals, though they do model the typical response of each different compressor type. Nonetheless, the six models on tap provide a collection of compressors based on classic analog hardware units. 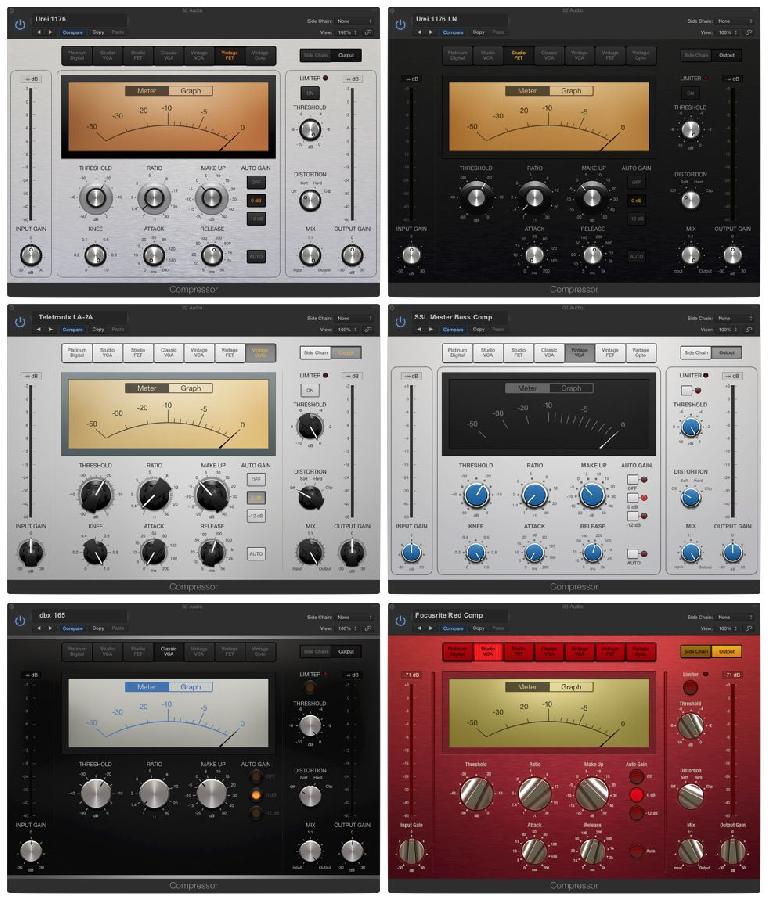 While the analog Compressor models don’t follow the specific layouts of their inspirations as closely as the new Vintage EQs do, both the EQs and Compressors provide a distinctly analog experience in terms of both response and audio character—the tube/transistor/transformer warmth or edge that gives these kinds of classic processors their unique audio signatures.

Some of Logic’s plug-ins offer a bit of analog character even if they don’t have a fancy hardware-style front panel. Among the various delay and modulation plugins, Tape Delay hides its analog options behind Logic’s generic blue faceplate. Along with the delay and feedback controls, this plug-in includes a couple of sections that allow the user to emulate the character of older analog tape-based delay hardware, like recorder-based delay setups or tape echo boxes—the Character and Modulation controls let the user emulate the distinctive sound of tape-based delays. 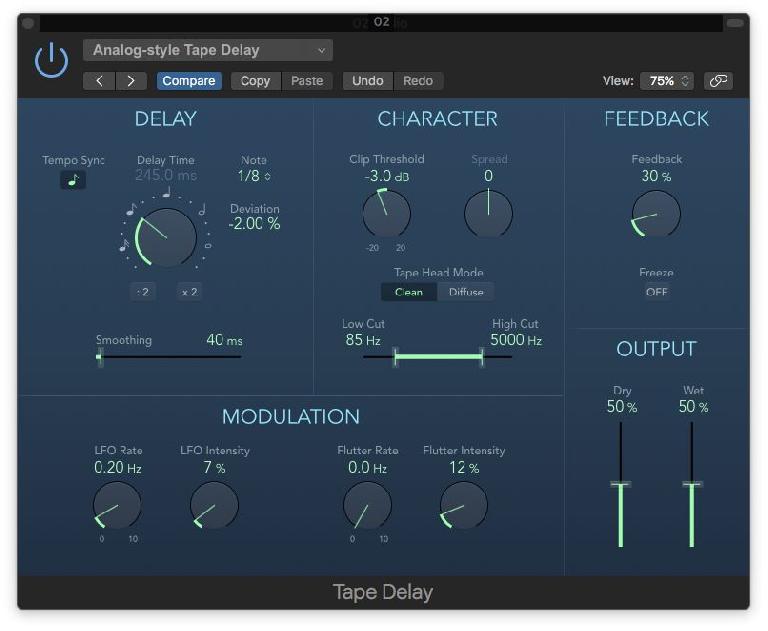 Character offers options for emulating tape saturation—the distinctive subtle distortion and compression that results from slightly overloading tape—along with filtering to simulate the warmer, band-limited response of older, well-used tape echo devices. Tape can also suffer from wow and flutter—periodic variations in pitch and level—and the Modulation controls let the user dial up these artifacts as well. In particular, the Flutter controls can do a very credible simulation of that particular “flaw”, if used to an appropriately subtle degree. 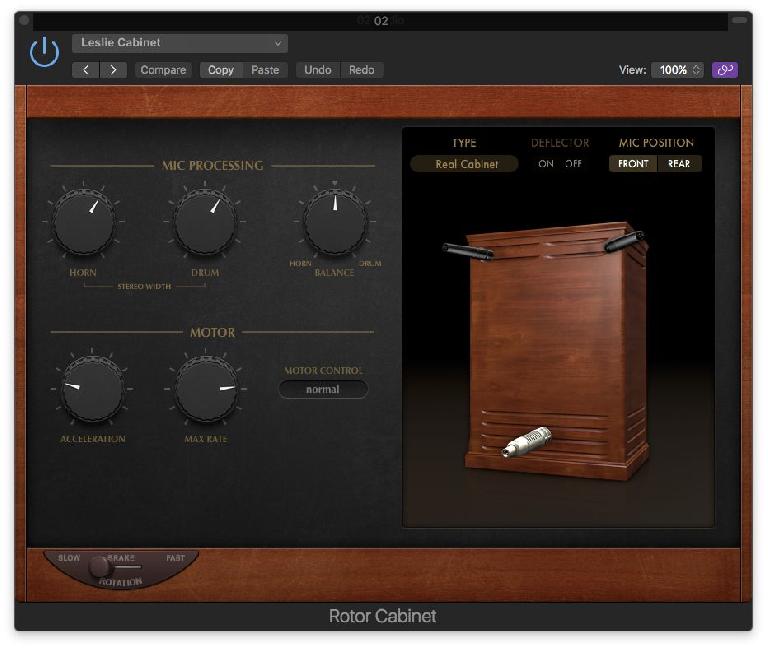 The sound of a spinning Leslie speaker is a rich amalgam of Phasing, Tremolo, and Doppler Effect (Vibrato). This plug-in emulates not only the modulation effect, but the analog character of the overdriven tube amp/preamp circuitry that powers the original, and even the noticeable effect of different mic selection and positioning.

Of course, Logic is well-stocked with emulations of classic guitar and bass amps and cabinets, as well as stompbox effects that include everything from fuzz boxes to chorus and reverb effects—many of these stompboxes go beyond the generic versions of these effects, adding the distinctive lo-fi character of classic pedals. 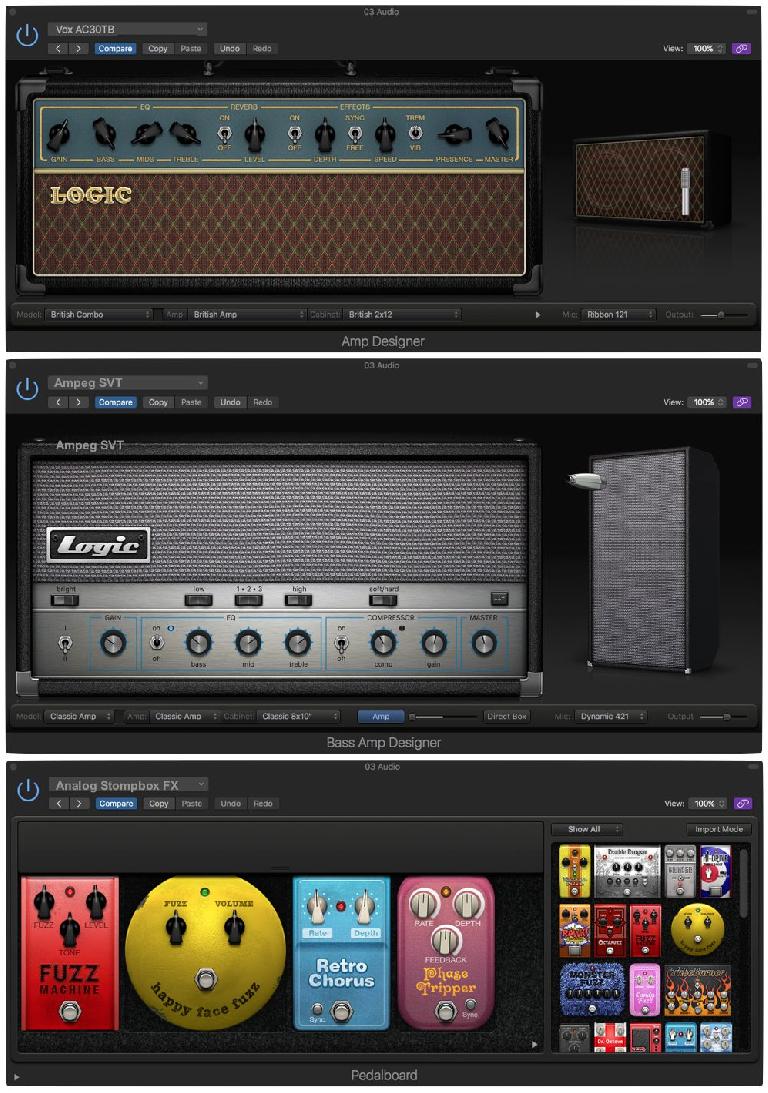 The amp sims cover all the classic models, from early Fender, Vox, and Marshall models to modern hi-gain units. Like the classic compressor models (and unlike the Vintage EQs) they don’t duplicate the exact front panels of the modeled hardware units—instead they offers a consistent, generic set of controls. Despite this, the distinctive character of each individual amp is well-emulated, even if the user may need to be a bit more familiar with the original designs to get the most accurate tones—this is true with the analog Compressors as well.

Keyboard players who want some classic analog sounds will find them in Logic’s collection of modeled Vintage Instruments. These include the classic electro-mechanical keyboards—the Fender Rhodes, Wurlitzer piano, Hohner Clavinet, and Hammond B3 organ—along with the new Vintage Mellotron. 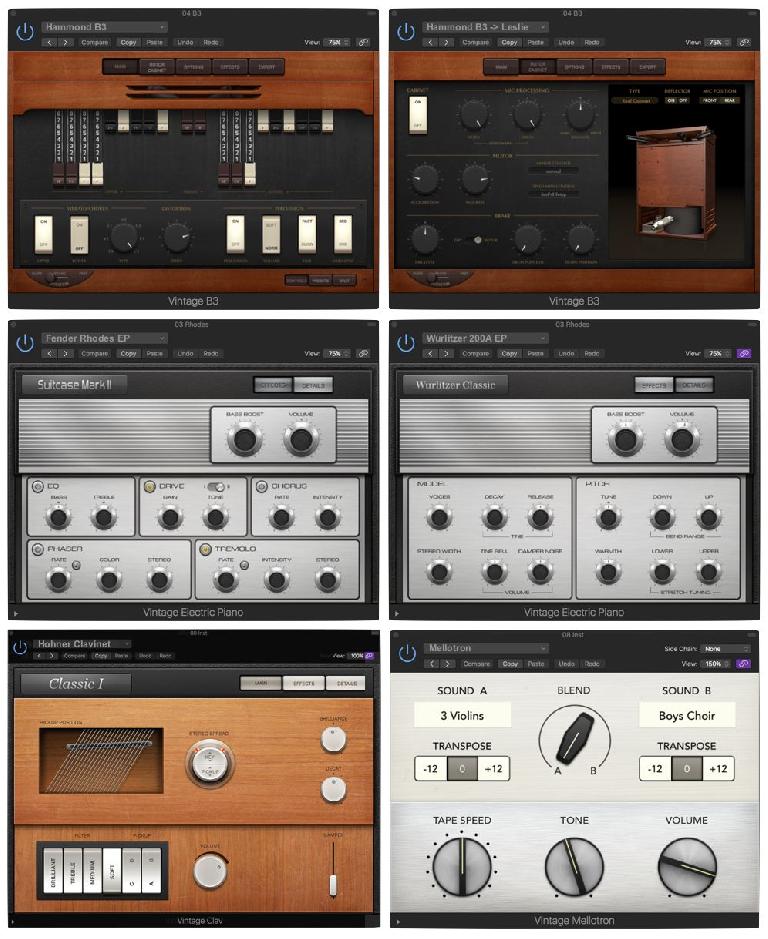 The Vintage Electric Piano plug-in includes models of several versions of the Rhodes piano, as well as the Wurlitzer electric piano. The models provide user controls for the distinctive analog components of the sound, like the contribution of the tines and dampers, and the overdrive of the preamp circuitry, as well as the onboard effects from the originals, like tremolo or phasing. The Hohner Clavinet model channels that distinctive keyboard, and incorporates controls for adjusting the virtual position of the pickup under the strings, as well as damping and decay.

The Hammond model—Vintage B3—faithfully emulates all the components of that classic instrument, from the mechanical tonewheels that provide the basic sound, to the grit and overdrive of the preamp circuitry, to the onboard Vibrato/Chorus effect, as well as providing user control over a host of more subtle analog artifacts of the original hardware components that can impart that extra degree of analog realism and character. And of course, the instrument also includes the Leslie emulation described above.

The newest Vintage Instrument is the Vintage Mellotron, an excellent simulation of the band-limited sampled instrument sounds of that original analog tape-based sampled keyboard. The sounds faithfully emulate the distinctive edge and analog tape character of the originals, for a hefty dose of vintage vibe, or any situation where that lo-fi sound would be appropriate.

So Logic has no shortage of effects and instruments that provide anything from subtly suggested analog vibe to faithful emulation of classic analog gear. Given the recent additions of the Vintage EQs and Vintage Mellotron, Apple seems to be bullish on analog—who knows what additional offerings they may have on tap. But even as it stands now, Logic offers plenty of opportunities to add a bit of the analog touch to an arrangement or mix. 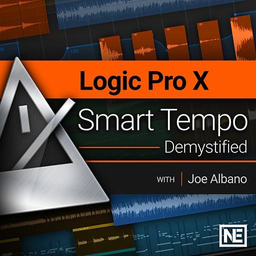 Dream It. Do It.
Do you want to learn Smart Tempo Demystified?
Yes, I want to learn!
No Thanks, I just want to read the article.
Feedback
How are we doing?
We'd love your thoughts, feedback and questions regarding our new site. All feedback is appreciated!
We do not respond to this form! If you need support, please visit our support page.
Thank you for your input!
Your message has been successfully sent
Course Advisor
Don't Know Where To Start?
Ask A Course Advisor