Whenever we get a new major piece of software for creating music it can be both exciting and overwhelming. It’s always hard to convince users to ‘shift their workflow’ with major recording software because we all know spend so much time getting our routines and shortcuts in place. Luna is an interesting challenge to this paradigm, because if you are a Universal Audio Apollo owner/user, so much of what you already use is now ‘baked into’ the recording software itself. Let’s take a look at some of the workflows for Console and how it is now integrated directly into the Luna software.

Can You Hear Me, Clem Fandango?

One of Console’s primary functions is monitoring, and being able to monitor in real-time with plugins is one of Apollo’s best ‘selling points’. To a very large extent, monitoring is now streamlined as Luna ‘takes over’ Console by default when you start it up (although that can be disabled if you like). In the past, if you put a plugin in your signal path with Console, you could track through that plugin OR simply use it for your monitor mix (the UAD REC and MON switch). The benefit of doing it there instead of in your DAW, of course, was the near-zero latency. If you wanted a little reverb in your headphones, you call it up in console, leave the FX selector on MON (meaning it’s just for your monitors and not ‘printed’ to the track) and away you go. 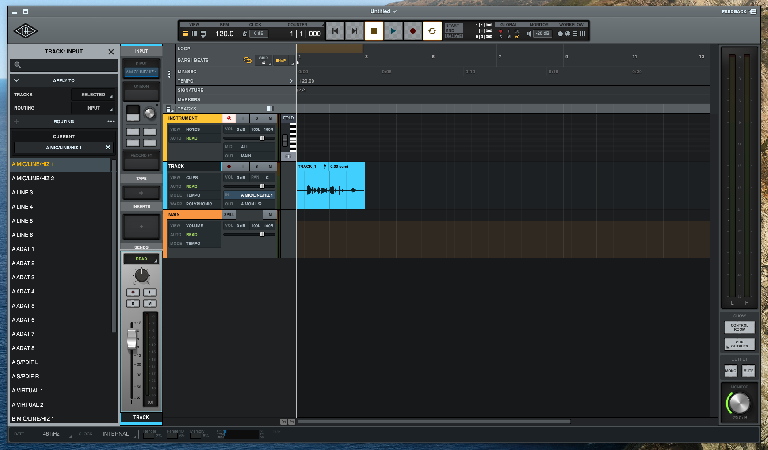 That workflow is simplified in Luna, as when you pop UAD plugins in a channel strip they automatically use the Accelerated Realtime Monitoring and get that near-zero latency you got in Console. You don’t have to choose REC vs MON any more for an insert plugin because you can simply disable the plugin after the fact like you would any other. You can record with UAD plugins directly in the recording software and not worry about having to put them in Console and set them to MON. I much prefer this as now I don’t have to juggle two different windows. If my singer wants reverb in his cans, I put a UAD plugin directly on the track, often the reverb I plan to use for the end product, and I don’t have to worry about latency or bouncing back and forth between Console for monitoring and my DAW for tracking. 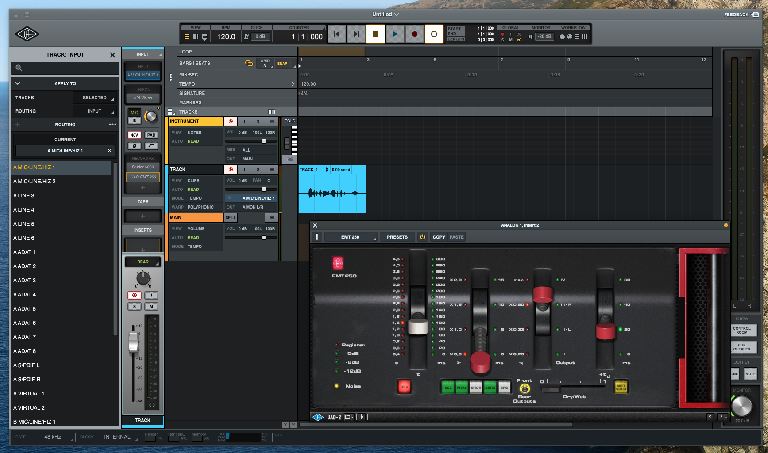 Give Me Back My POWER!

Now I know some of you might be thinking, but I LIKE recording with effects on and then not having to use DSP for that later. Didn’t YOU even write an article about how more people shouldn’t be afraid to try that? (spoiler: I did)

Don’t worry! You can still do that. In fact, it’s a bit easier than before! You now have 4 ‘record fx’ slots that you can put plugins on that are only active when you are tracking. This means that while you’re recording your lead vocal through your favorite EQ, every time you ‘record enable’ the track that plugin will ‘pop up’ and be turned on. When you are mixing and in playback mode, that plugin disappears and gives you room for other things. I find that particular workflow to be one of my favorites as I was a constant ‘bouncer’ before. I like using some of the most powerful preamp and guitar amp emulations, and I’d always have to disable them in Console to make more room for plugins while I mixed - but then go back into Console and turn them back on to punch in for a measure here and there. No more.

The Waters are Deep

Luna is growing quickly, and being updated on a very accelerated schedule. I’m really impressed with what they’ve done so far and I’m excited to dive into ways to help you get the most out of it. If you are an Apollo user, pop it up and start experimenting!

Learn to use UA plug-ins to record and mix: https://ask.audio/academy?nleloc=category/audio/application/universalaudio