All Articles DIY & Hacking
Make Your Own DIY 3D Gesture and Tracking USB MIDI Controller
Liam Lacey on Sun, September 17th 6 comments
With DIY gear so readily available, building your own controllers can be fun, rewarding and really creative. Here, Liam Lacey shows you how to make your own 3D gesture-sensing USB MIDI controller.

Over the past ten years or so there have been a growing number of consumer products and sensors brought to market that allow 3D gesture and motion tracking for controlling computers, games consoles, and other electronic devices. These include camera-based devices such as the Microsoft Xbox Kinect or the Leap Motion Controller; accelerometer/gyroscope-based devices such as the Nintendo Wii Remote or the Apple iPhone as well as completely novel devices such as the EMG-based Thalmic Labs Myo armband or the Radar-based Project Soli sensor by Google.

The majority of these devices - whether officially or through hacks - can be used to control music software; applications such as Geco MIDI for the Leap Motion Controller or Leviathan for the Myo allow these devices to be turned into expressive gesture and motion sensing MIDI/OSC controllers. There are also a few purpose-built gesture-based music controllers such as the mi.mu gloves, the Percussa Audiocubes, or the Source Audio Hot Hand. 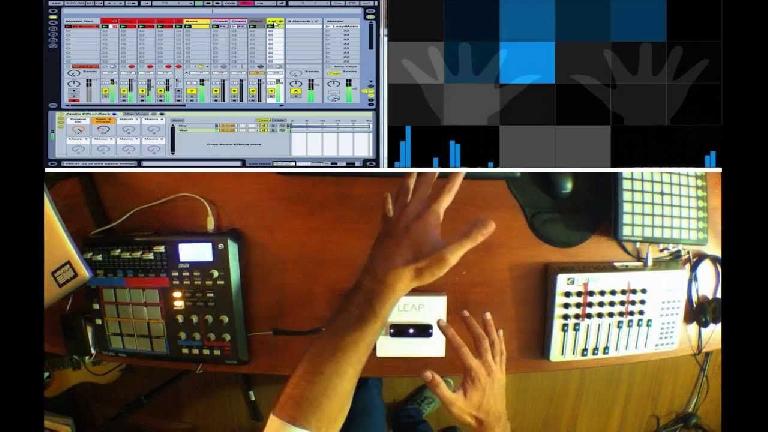 However, thanks to the recent development of the Microchip MGC3130 gesture and tracking chip, a number of new affordable sensor boards are being introduced that allow you to create 3D hand gesture and tracking devices with ease and for less than $40. One range of these sensor boards is the Pi Supply Flick range – a set of surface-mountable boards that can detect seven different specific hand gestures as well as 3D XYZ tracking within a range of 15cm, which also have touch sensing for 15 different types of touches. While most of the Flick boards are designed to attach to Raspberry Pi boards, there is a standalone Flick board which can connect to any other I2C enabled microcontroller or microprocessor such as Arduino, Teensy, or BeagleBone. 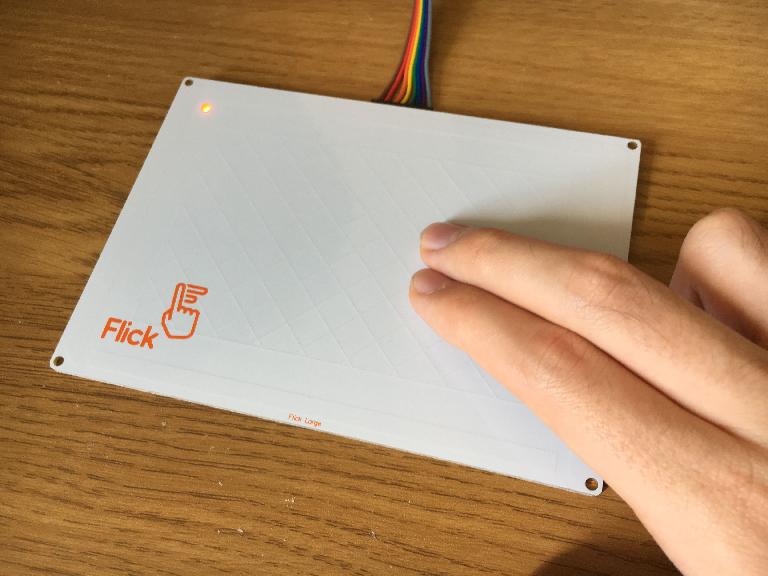 In this tutorial I’m going to show you how to build a Flick-based 3D gesture and tracking USB-MIDI controller in conjunction with a Teensy microcontroller. Teensy is in my opinion the best platform for building your own USB-MIDI controllers due to its low price, its ease of use, and its flexibility. While the Flick sensor boards aren’t as advanced or feature-full as some of the existing gesture and tracking devices, there are a number of reasons why you may want to build your own DIY device using Flick and Teensy:

A demo of the DIY 3D gesture and tracking USB-MIDI Controller:

What You Will Need 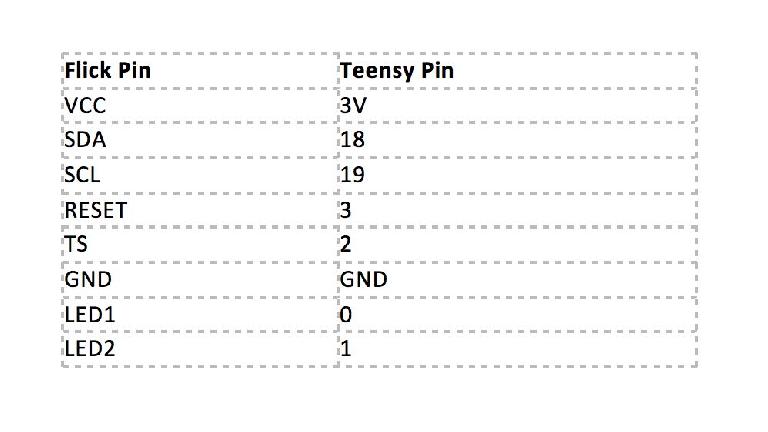 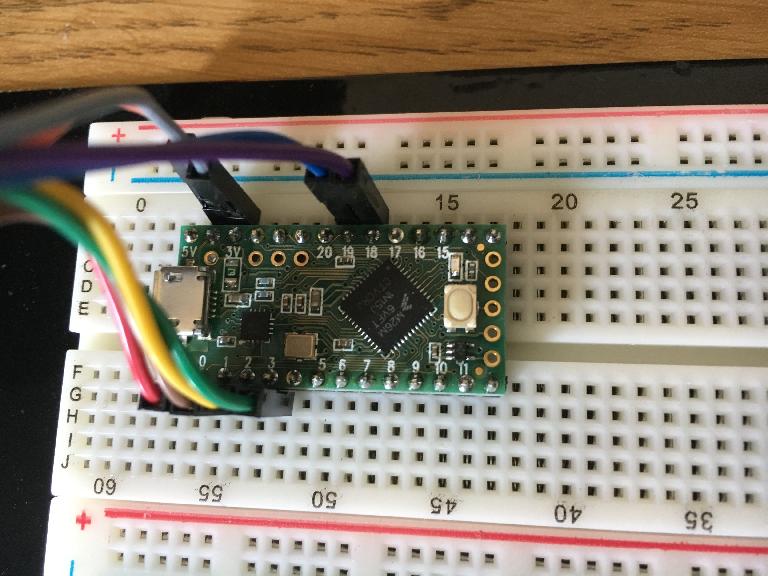 The Flick Sensor jumper cable connected to a Teensy LC board

To develop for Teensy you need to download and install two pieces of software:

Once they have been installed you then need to install an Arduino library that allows the Flick sensor board to communicate with the Teensy board. At the time of writing the Flick Arduino library has yet to be released, however the Pimoroni Skywriter Arduino Library is officially supported by Flick. Download the library from here, and install it by placing the ‘arduino/Skywriter’ folder into the ‘Arduino/libraries’ folder on your computer (usually found in your Applications/Programs directory).

Once all software has been installed complete the following steps:

1. Connect the Teensy board to your computer via the USB cable. If it is a brand new Teensy the onboard LED may now be flashing.

4. Write the code - Replace all the text in Arduino’s text editor with this code.

5. Go to Tools -> Board and select the specific Teensy board you are using. If you cannot see the Teensy board section go back and make sure you correctly installed Teensyduino.

7. Compile the code - Go to Sketch -> Verify/Compile, or instead just click on the tick icon on Arduino’s toolbar.

8. If no errors appear in the console pane at the bottom, the Teensy software window should pop up. If this did not happen and errors appeared, go back to point 1 and carefully follow the instructions again.

9. As stated in the Teensy software window, press the button on the Teensy board to put it into Program mode. The LED should no longer be flashing.

10. Upload the code to the Teensy board - In the Arduino software go to Sketch -> Upload, or instead just click on the arrow icon on Arduino’s toolbar.

11. If the upload is successful the Teensy software will show a progress bar followed by ‘Reboot OK’, and no errors will appear in the Arduino console pane. 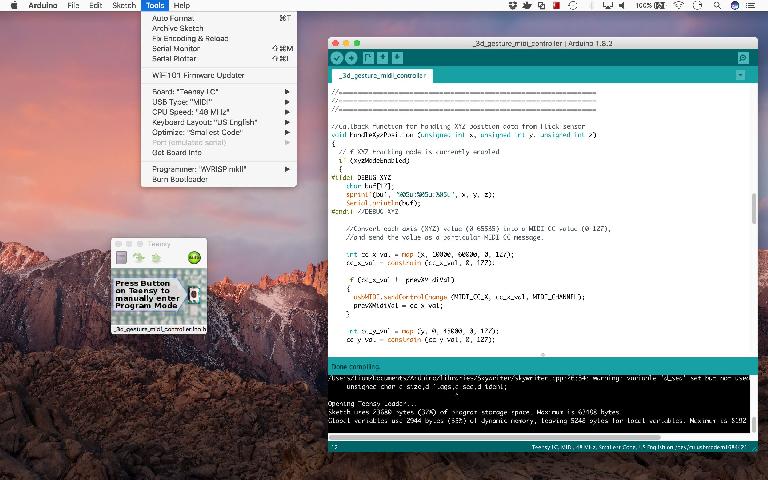 Now you are ready to test your DIY MIDI controller. Open up your DAW/MIDI software of choice, and connect to the MIDI device called ‘Teensy MIDI’ (or something similar). I have programmed this controller to work and be used in the following way:

The next thing you may want to do is add your own customizations to the behaviour of the DIY MIDI controller, such as changing the CC numbers, ranges, or entire MIDI messages that the gestures and tracking positions create. All of this can be done within the Teensy code that you compiled and uploaded above; while teaching you how to code is a bit beyond the scope of this tutorial, I’ve placed many comments (lines beginning with ‘//’) in the code to describe what each part is doing, in the hope that it will help guide you in any modifications you want to make. For example, changing the number at the end of the ‘#define MIDI_CC_X 72’ line will change the MIDI CC number that X position tracking will generate.

So that’s how you can build your own 3D gesture and tracking USB-MIDI controller using a Flick sensor board and a Teensy microcontroller. While it may not be able to do everything that existing gesture and tracking devices can do, you’ve built a standalone, class-compliant USB-MIDI controller that can be fully customized for your needs and for not a lot of money, and something that could potentially bring a new level of expression and inspiration to your music composition and performances.

Liam Lacey
Liam is the Head Of Development specialising in software development at Modal Electronics, the company behind the 002, 008, CRAFT and SKULPT synthesisers, and was previously the lead software developer at nu desine, the developers of the AlphaSphere MIDI controllers. He was also an Associate Lecturer at UWE, Bristol, UK where he graduated in 2010 with a First Class Honours BSc degree in Audio and Music Technology. Liam takes part in many music tech hackathons around the world, has been involved in the creation of two Impact Soundworks Kontakt Instruments, and has presented a couple of papers at the annual New Interfaces for Musical Expression conference. As a developer he mainly specializes in C/C++, JUCE, Raspberry Pi, and Teensy/Arduino, though on top of all of that Liam is also a guitarist, musician, composer and producer, primarily using Logic Pro and Ableton Live.
Related Videos
Comments (6)

Dream It. Do It.
Do you want to learn Mastering With Piper Payne?
Yes, I want to learn!
No Thanks, I just want to read the article.
Feedback
How are we doing?
We'd love your thoughts, feedback and questions regarding our new site. All feedback is appreciated!
We do not respond to this form! If you need support, please visit our support page.
Thank you for your input!
Your message has been successfully sent
Course Advisor
Don't Know Where To Start?
Ask A Course Advisor