All Articles News
Moog Music About to Announce Minimoog Model D (Re-issue)
Rounik Sethi on Wed, May 18th 1 comments
Language
The recent Model 15 app had us all wowed, but Moog Music aren't finished there. They are about to announce a re-issue of the Minimoog model D.Â And just in time for MoogFest 2016 too :)

We found out from sources close to Moog Music that this is being announced officially in a few hours… but, from finding a few insider Instagram accounts, we can almost 100% confirm that Moog’s popular 1970 monophonic analog synthesizer, the Minimoog Model D, is about to find itself available again.

The Minimoog Model D reissue features MIDI In/Out/Thru for notes only and has lots of CV outs for controlling other gear, and for after touch and velocity. There’s no MIDI CC for knobs or patches though due to this being based on an old design.

According to Instagram account, Hami, this video shows “Gene testing out one of Minimoog Model Ds built today at the Moog popup factory.”

This one works! Gene testing out one of Minimoog Model Ds built today at the Moog popup factory. #moogfest2016 #moog #modeld #moogpopupfactory #moogfest2016

The reissue of the Minimoog Model D was “built in the same way as the modulars, same circuit design and parts.” It has an external power brick for 110/240v. 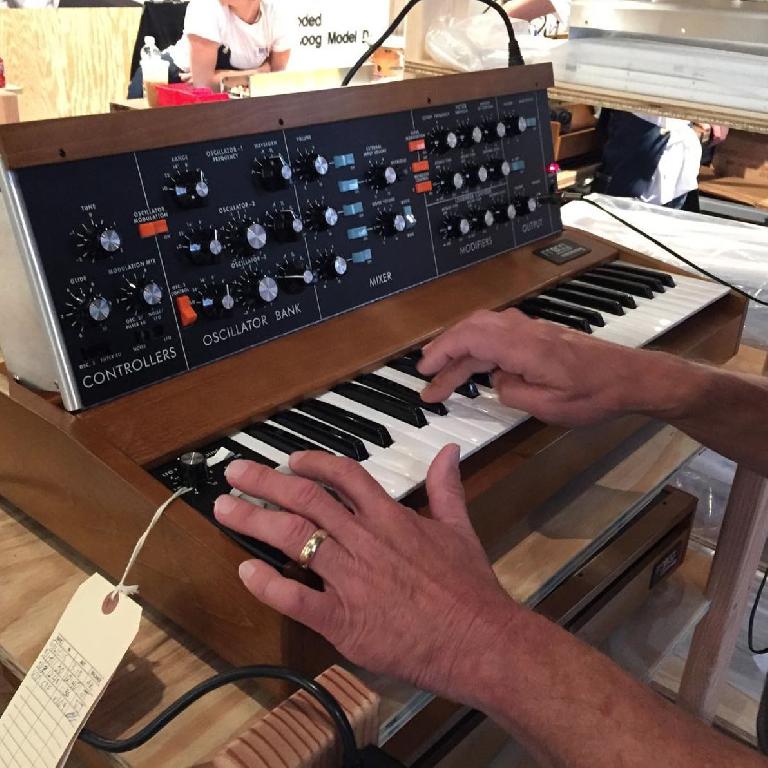 The re-issue of Minimoog Model D via Kurt Kurasaki 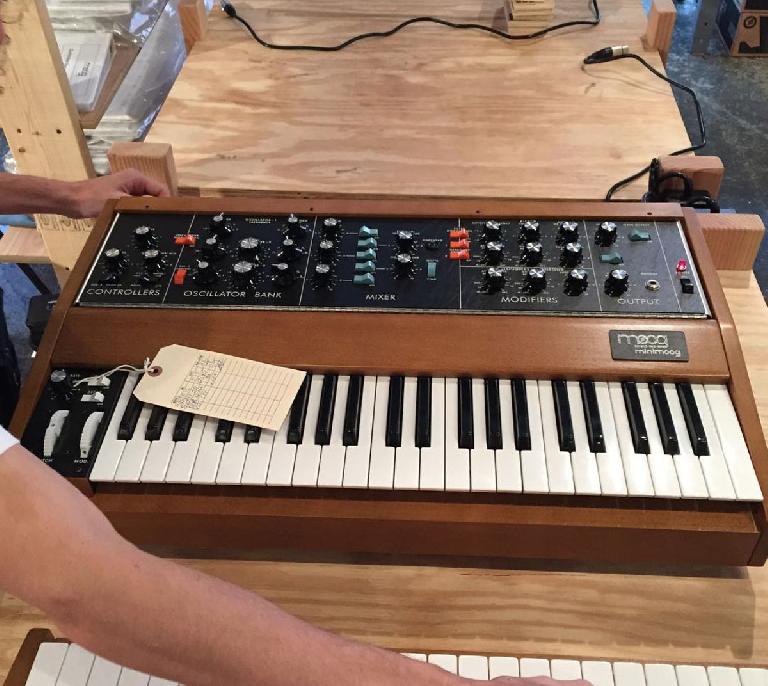 The re-issue of Minimoog Model D via Kurt Kurasaki

We also understand it has a couple of new switches in the "controllers" section for modulation. And there’s an LFO rate knob by the pitch mod wheels that is push pull for LFO waveform.

Other than that, we’ve been told it's a legit Minimoog Model D. 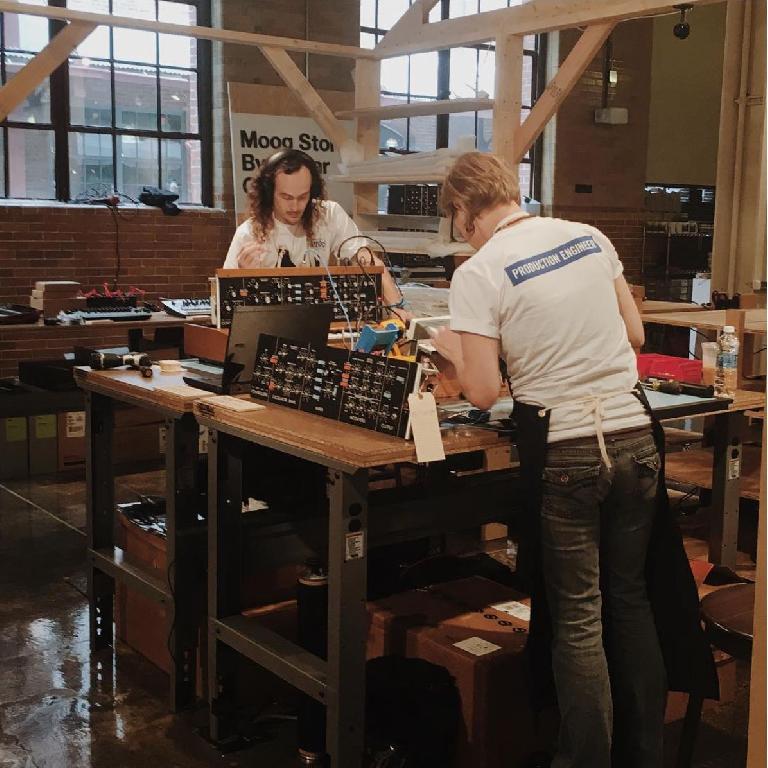 The re-issue of Minimoog Model D being made via hami