NAMM 2018: Samson has revealed the latest addition to its live sound lineup and it's an intriguing one. Expedition XP108w is a rechargeable, portable PA system with handheld wireless mic and Bluetooth. Looking to fill a genuine gap in the market, Samson tells us that "the lightweight XP108w offers 200 watts of power with up to 20 hours of battery life, as well as a 4-channel mixer, Bluetooth audio and a wireless microphone. Its telescopic handle and smooth rolling wheels let you bring great sound anywhere." 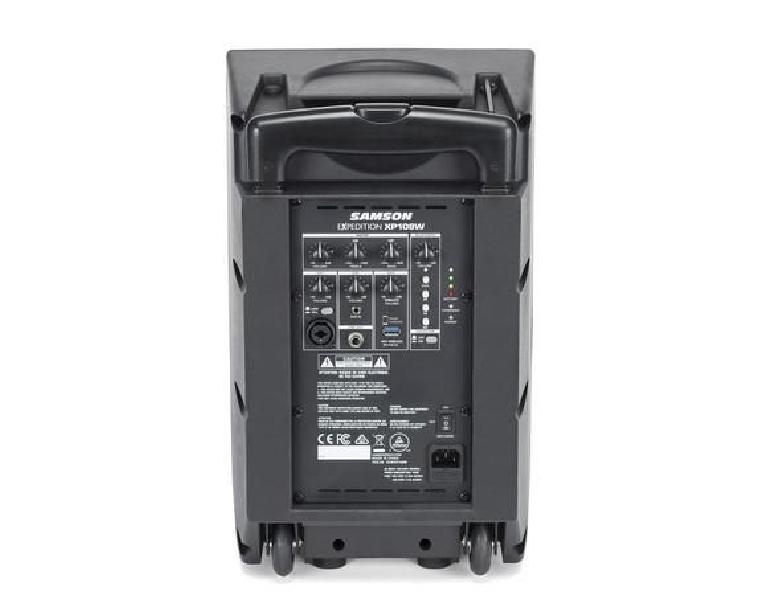 Find out more about the system here: http://www.samsontech.com/samson/products/portable-pa/expedition-rechargable/xp108w/
Related