All Articles News
NAMM 2020: Waves Audio Announces FIT Controller For eMotion LV1 Live Mixer
Hollin Jones on Sat, January 18th 0 comments
Waves FIT is designed to function as a fully-integrated 16-fader bank with the LV1 mixer. Here's what we know about it.

FIT is an intuitive control surface that delivers quick and efficient operation of the eMotion LV1 mixer to live sound engineers who prefer tactile response of faders, knobs and buttons for console operations. Carefully engineered by Waves and expert MIDI controller manufacturers MIDIPLUS, FIT is the ultimate hands-on control unit for the eMotion LV1 Live Mixer.

Waves FIT is designed to function as a fully-integrated 16-fader bank with the LV1 mixer. This is made possible with 16 + 1 motorized 100mm faders, each featuring Mute, Solo, and Select buttons, a multi-function rotary control and a bright display for each channel. Fader banks are controlled using eight dedicated layer switches for toggling between the eight factory or custom layers in the Waves eMotion LV1 Live Mixer. The channel rotary controls can be set to adjust preamp gain or pan per channel with the corresponding function label shown in the display. In addition, the 16 Select channel toggles can be set to “USER” mode to provide easy access to Mute Groups and user-assignable keys. 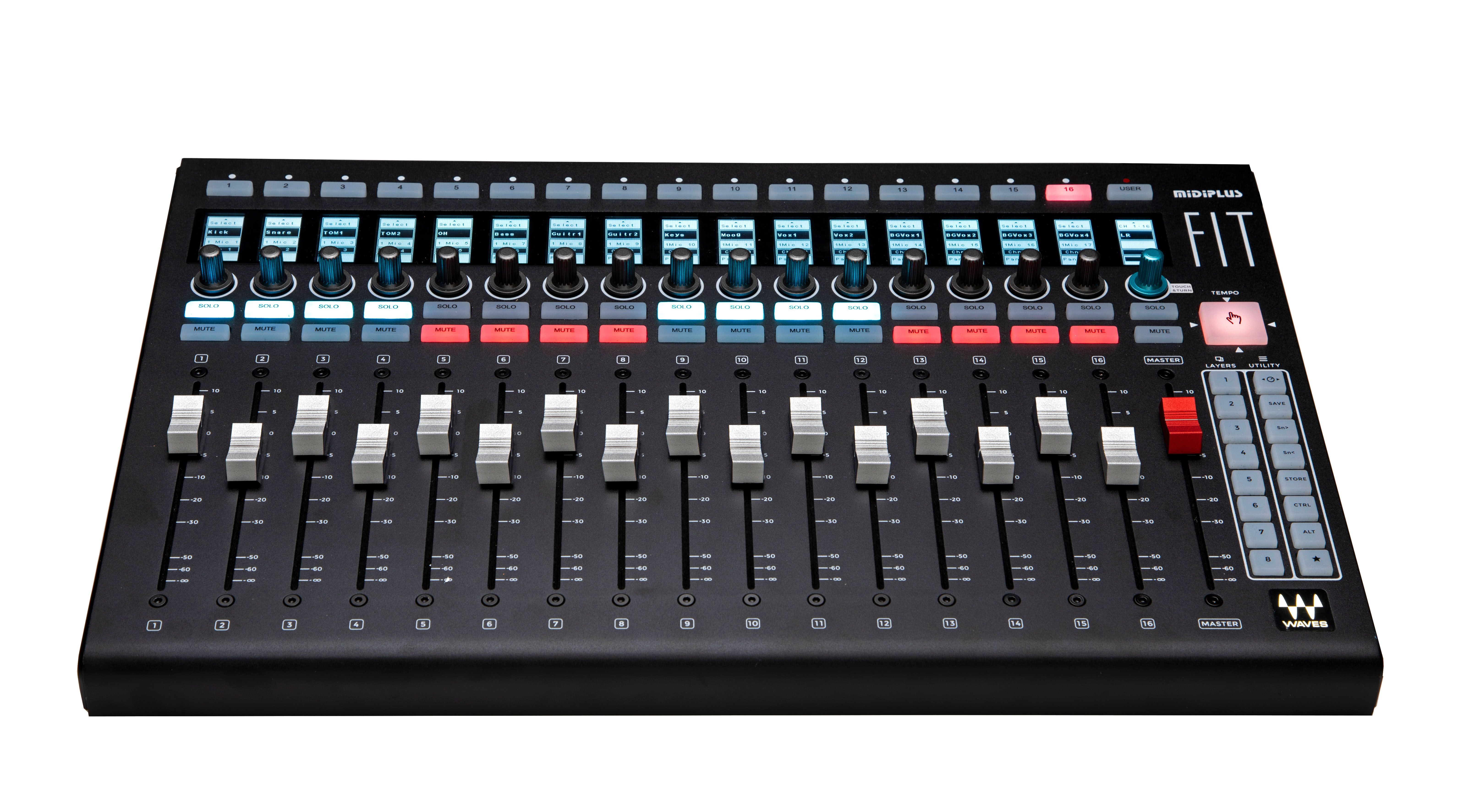 This compact controller weighs only 4.5lb and can be fitted with rack ears to mount into a 19-inch 7U rack space. Rear panel connections include a USB Type B port for computer connection, 12V 2A DC power input, and two 5v 0.5A USB outlets for external LED lighting.

With Waves FIT, users enjoy the integration of the world’s best digital live sound mixer with a compact, intuitive control surface, for an unprecedented tactile hands-on experience that goes with you, wherever you need it.

Dream It. Do It.
Do you want to learn Working with WAVES Tools?
Yes, I want to learn!
No Thanks, I just want to read the article.
Feedback
How are we doing?
We'd love your thoughts, feedback and questions regarding our new site. All feedback is appreciated!
We do not respond to this form! If you need support, please visit our support page.
Thank you for your input!
Your message has been successfully sent
Course Advisor
Don't Know Where To Start?
Ask A Course Advisor