Black Lion Audio is a company based in Chicago who emerged onto the audio landscape and became known for 'hotmodding' audio gear. For those unfamilar with this relatively new term, 'hotmodding' means switching out components and customizing name brand audio equipment, and signifcatnly improving their performance (and quality) in the process. In the past few years, Black Lion Audio has started to produce their own studio equipment and carve out a name for themselves as equipment manufacturers. Their company focuses on creating professional equipment that can compete sonically with other gear that's double or triple the price. With this in mind, I decided to put their Sparrow MKII White analog to digital converter to the test in my studio. 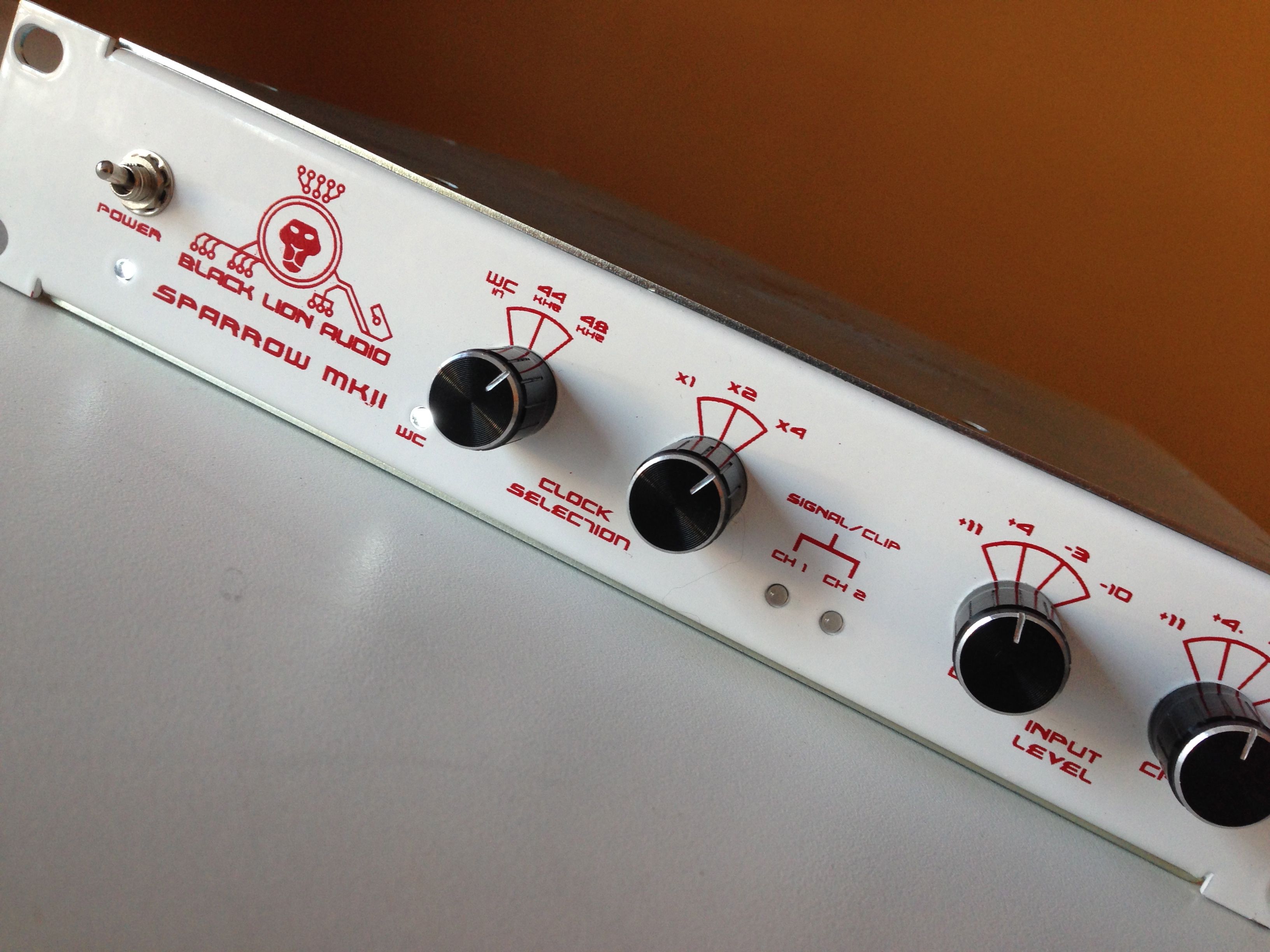 The Black Lion Sparrow MKII White is a two-channel analog to digital converter (A/D), which offers musicians and engineers a high quality converter for an affordable price. The White Sparrow comes housed in a white chassis and features a minimal front panel. I personally like the look of the design; it has all the controls that are necessary and nothing more. Plus, there's the cool Black Lion Audio logo on the front of the panel, and the A/D has a unique design that's both retro and futuristic at the same time.

From left to right, the front panel features a power switch, a knob for selecting word clock in, (44.1 or 48 kHz sample rate), a second knob that's a three multiplier selections for word clock; x1 (for rates of 44.1 kHz and 48 kHz), x2 (88.2 kHz and 96 kHz), and x4 (176.4 kHz and 192 kHz). Closer to the right hand side of the converter, there's signal/clip lights for channels one and two and an input signal level selector switch with four clickable input signal levels that range from +11 dBu down to -10 dBV. 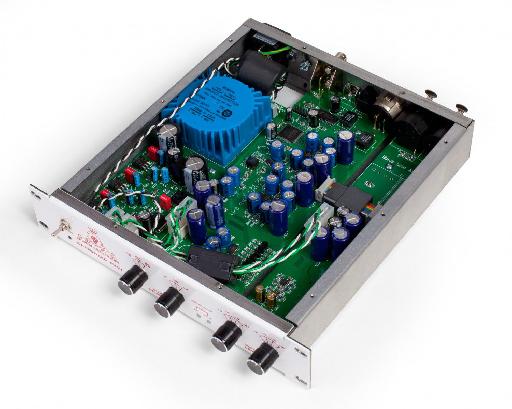 It's worth noting that there's also two LED indicators on the front. These have proven to be a point of confusion for some who have tried out this A/D. When the LEDs indicators go red, it doesn't indicate a clip; it indicates a set amount of headroom before a clip occurs. To accurately measure your signal level input, you'll need to refer to the meters in your DAW software, not the LEDs on the front panel.

Since it was my first time using an external A/D, I did have to purchase a new S/PDIF and BNC word clock cable to try out the Sparrow. I set the Sparrow MKII White as my master clock; Black Lion Audio's word clock provides low jitter and is designed to increase the amount of desirable harmonics within the clock's spectral band. Once I had set up the converter correctly, it worked beautifully and I was able to use it connected to my RME Fireface with the Fireface as the D/A converter. Along the way, I had a few questions about setup and Black Lion’s Assistant General Manager Nate Bierdeman was very helpful. He personally responded to questions that I had sent via the Black Lion Audio contact form in a timely manner. Thumbs up to Black Lion Audio for their great customer support!

The only thing I would really like to improve about the Sparrow MKII White is the ability to precisely adjust the input signal level. There are four options (for input signal levels) on the converter, but I would appreciate a rotary knob, perhaps with the four level settings clearly marked with clicks at each point, and in addition the ability to smoothly transition in between these. 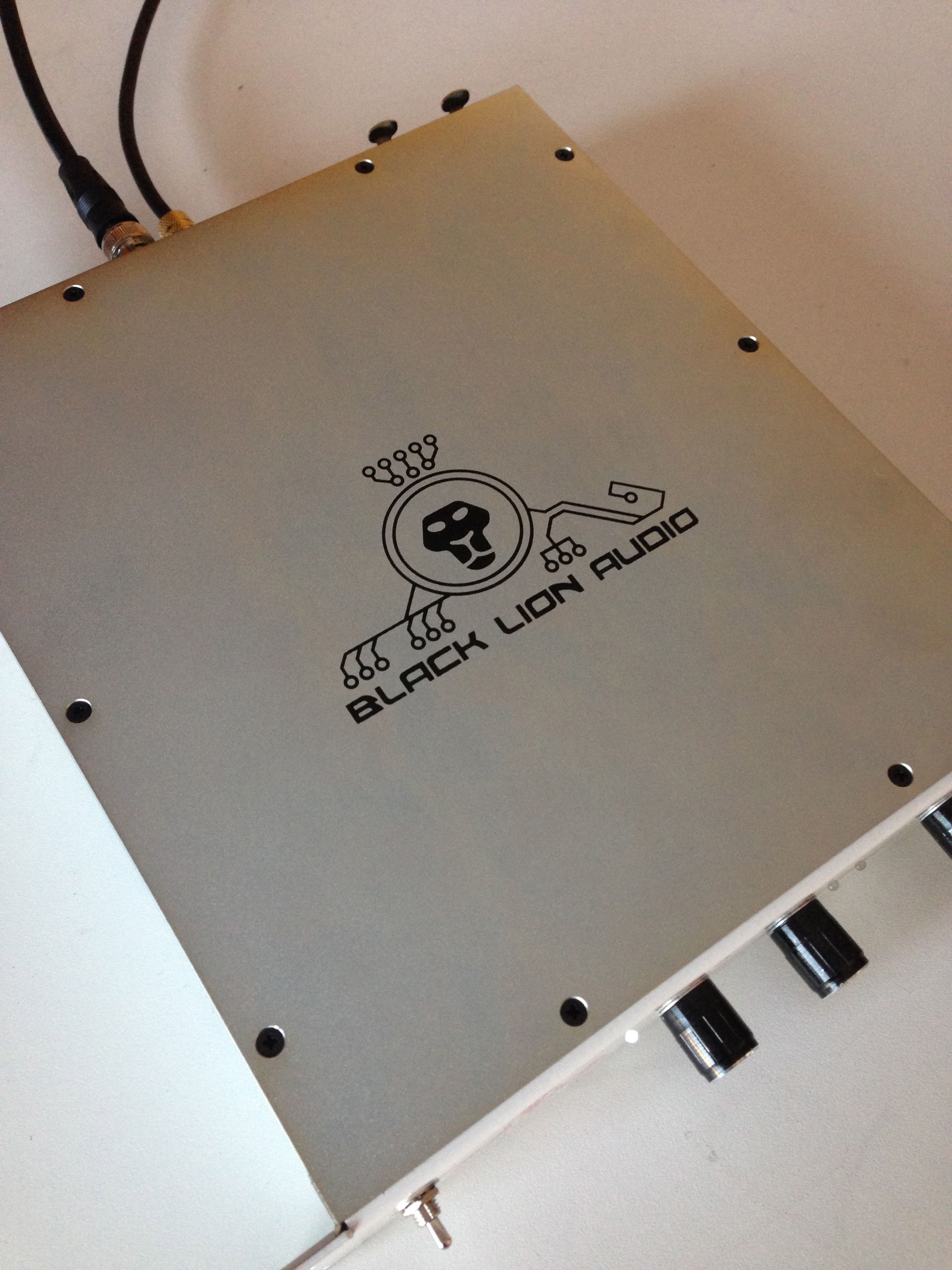 Overall, the Sparrow MKII White is a very open sounding, musical converter. It offers plenty of bass in recordings, and accurate detailing through the high and mid frequencies. Its small size would also make this a good solution for portable rigs, or recording on the road. The Sparrow MKII White makes good quality A/D conversion possible for a reasonably affordable price. 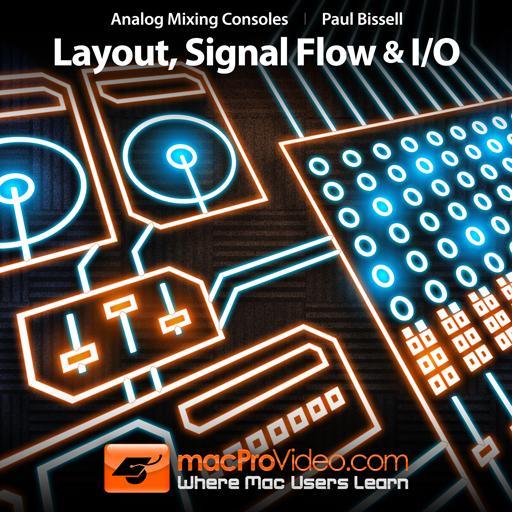 Dream It. Do It.
Do you want to learn Layout, Signal Flow and I/O?
Yes, I want to learn!
No Thanks, I just want to read the article.
Feedback
How are we doing?
We'd love your thoughts, feedback and questions regarding our new site. All feedback is appreciated!
We do not respond to this form! If you need support, please visit our support page.
Thank you for your input!
Your message has been successfully sent
Course Advisor
Don't Know Where To Start?
Ask A Course Advisor