All Articles Review
Review: Endorphin.es Shuttle Control
Scott Riesterer on Wed, October 25th 0 comments
If you're looking to integrate your home or mobile studio with your eurorack system, could endorphin.es have come up with the perfect USB/CV interface? Scott Riesterer finds out.

The last leg of our trip with Endorphin Airways brings us to the Shuttle Control, an extremely capable and versatile USB/CV interface. So if you’re looking to integrate your home or mobile studio with your eurorack system, this might be the ticket.

The Shuttle Control offers 16 CV outputs and three USB ports: One type B port for connecting a computer or iPad or other MIDI host device; and two type A ports for connecting external controllers. These three USB connections can be used simultaneously, allowing the Shuttle Control to function as a hub for your DAW, sequencer, modular system and controllers. I can see this feature being extremely helpful for iPad musicians wanting to use more peripherals and overcome the tablet’s connectivity limitations. 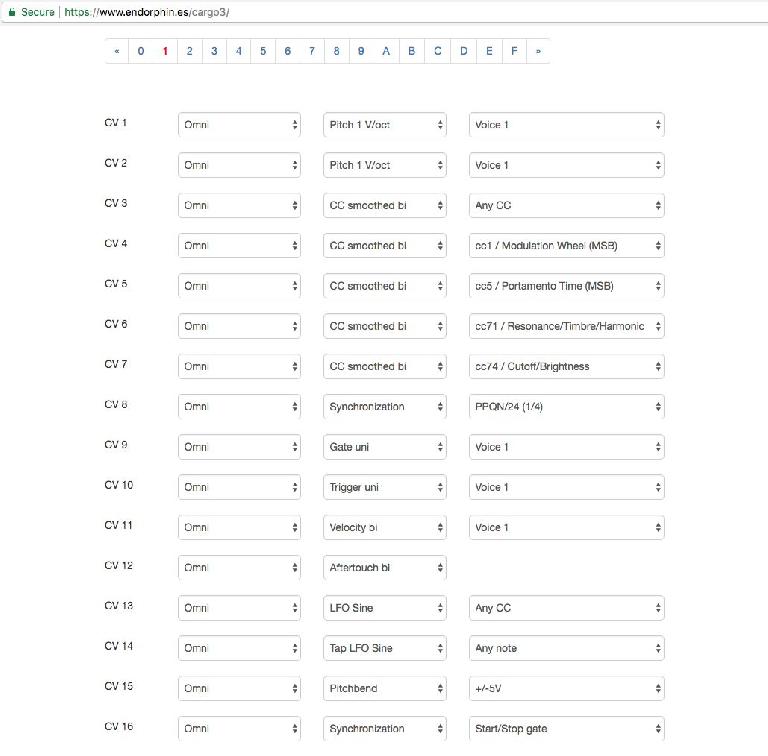 The functionality of the CV outputs can be configured in a number of ways. Assignments can be made using a web browser editor, but the unit comes with a number of presets that cover the most typical use-case scenarios. Each CV output can be assigned a MIDI channel or set to omni in order to respond to all channels. The types of CV behaviour available to these outputs are overwhelmingly diverse.

The expected necessities like pitch, gate, and velocity are all represented, but it’s unlikely anyone would have assumed there would be options for 808 cowbell noise, quantized random voltages or tap fibonacci. In fact, you could create a basic drum machine with just the Shuttle Control and a VCA by using the diverse noise outputs and a few envelope outputs. Yes, there’s also a range of envelope outputs that can be assigned. In addition to the standard one volt per octave format, the Shuttle Control is also able to output pitch in the Buchla standard of 1.2v/Oct, and Korg’s Pitch Hz/V. 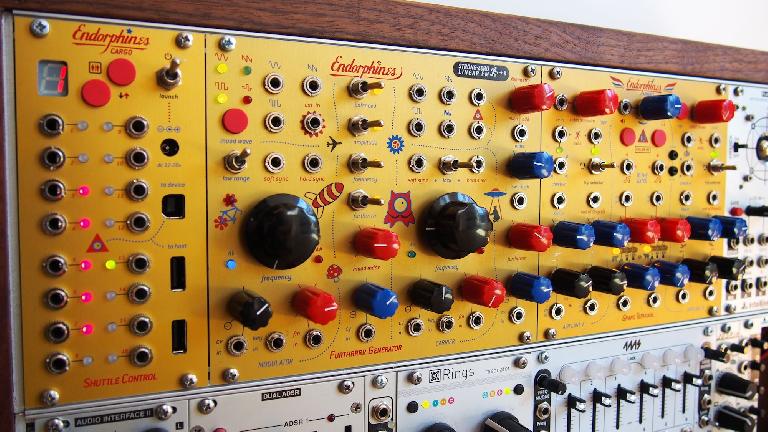 Of course I had to try using the noise output options to make a drum groove.

In case you were curious about how the 808 Cowbell Noise sounded.

They have 808 Cymbal Noise too!

Connecting the Shuttle Control to my computer was a breeze. The unit is driver free, and was immediately detected by Ableton and Pro Tools without any time consuming tinkering. Simply select the Shuttle Control as the target for your MIDI track and your melodies and grooves will be sent to your system.

The unit can also provide a power entry for your system, although it does not ship with a power supply, so that would have to be acquired separately. This was an interesting choice that stems from the fact that this module was designed to work as part of the 84HP Endorphin.es Shuttle system. For those starting a new small system seeking connectivity with other devices, as well as a means to power a row of modules, the Shuttle Control effectively kills two birds with one stone. However, users that already have a power solution for their system may resent paying the additional expense for a feature that they don’t need.

The Shuttle Control adopts a few methods of approaching eurorack polyphony. If only one voice is assigned, the unit works monophonically with MIDI CC channel five determining portamento time, with zero as the default. If more than one voice is assigned per MIDI channel, the Shuttle Control functions in one of two polyphonic modes. The web editor has a “Keep Voices” option that can be toggled. Keeping voices means that notes are allocated in the order that they are played in the chord.

The other option is a voice stealing mode, where new notes replace the oldest voices to maintain a continuous cycle of voices and maximize polyphony. You can use a maximum of eight voices of polyphony, creating the possibility of building a monstrous modular polysynth. Using my more modest home system, I had quite a bit of fun with just the two oscillators of the Furthrrrr Generator. By playing a three note arpeggio, the two oscillators alternated and created a sort of call and response effect.

LEDs next to each CV output provide clues to the functionality of each output, but I imagine most users would have to refer to the web editor or a cheat sheet to work out all the assignments. It’s likely most users would use a single preset optimized for their own system, in which case they would become familiar with their preferred layout of Shuttle Control’s output functions. In my case, because I was curious to try both the presets and some custom arrangements, I found myself bouncing back and forth between my system and the web editor, both to assign and determine output assignments. Updating an assignment can be accomplished by clicking the “Write Current Preset” button in the web editor, and the unit accepts the update fairly quickly without interrupting workflow.

For a modular user seeking to build a system tightly integrated with software and controllers, the Shuttle Control has the potential to be an invaluable module. Its broad and flexible functionality could eliminate the need for many utility modules that can eat up valuable space in a smaller system. Personally, I think there’s potential for a “Mini Shuttle” featuring eight CV outputs, fewer USB connections, and without the power input. For five-pin MIDI devices, Endorphin.es also offers the 6HP Shuttle Mate, which takes its power from USB.

Endorphin.es has obviously put a lot of thought into this module to make it as functional and flexible as possible within a diminutive footprint. It may not be the right solution for everyone, but it has the potential to be a critical element in many eurorack cockpits.

A melody from Ableton to Rings 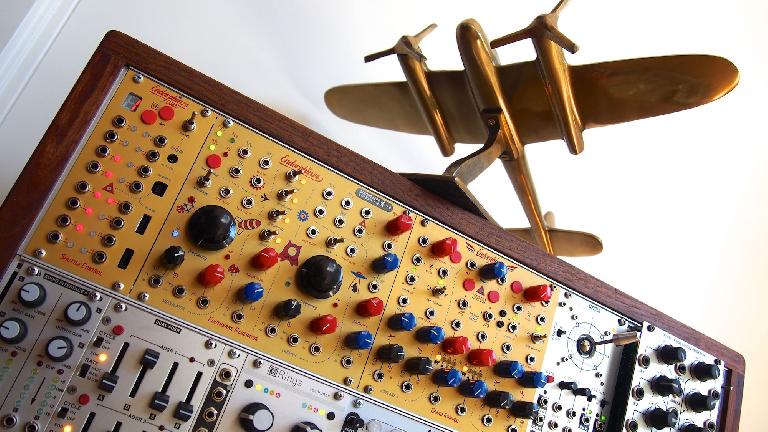 Pros: 16 Assignable CV outputs with a huge range of options, Easy to use web editor, An effective hub for DAWs, sequencers and controllers, Eight voice polyphony.

Cons: Easy to lose track of output assignments, Some users might not need the power input.