Monitors are often my favorite pieces of gear to review, but I always feel a little guilty writing up the final verdict because this is such a personal choice. No matter the specs, you are almost always going to want to get your ears behind a set of speakers before you commit to the investment. The Fluid Audio FX50s are at a modest enough price and high enough quality that that notion may not apply. 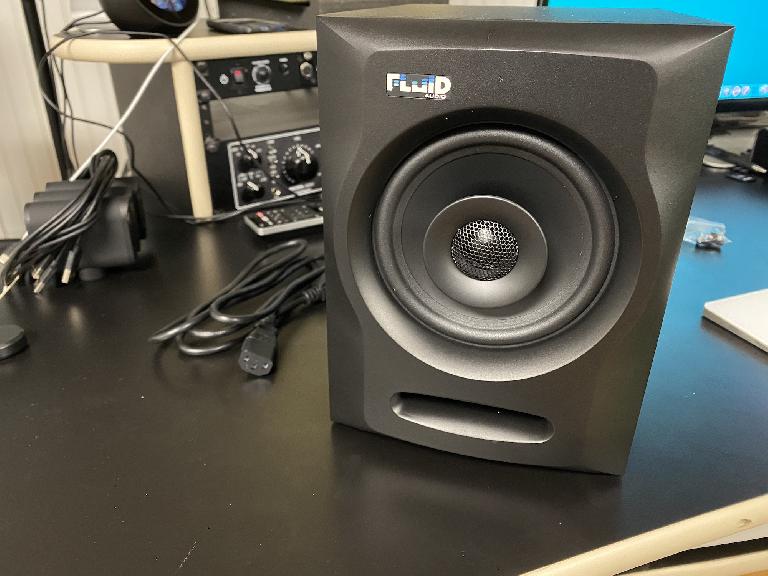 The setup of the FX50 is simple enough. The monitors have a 5” LF speaker cone with a 1” silk dome upper end driver. They can produce sound from 49Hz to 22kHz and push 90 watts of total power. There are 3 inputs on the back that include XLR (balanced), TRS (balanced), and RCA (unbalanced). The rear power switch is coupled with an LED on the front that indicates power / standby. The monitors enter standby mode after 45 minutes of silence.

The rear panel includes a set of DIP switches allowing you to configure the listening curve. From a HF shelf to an acoustic space compensation, the FX50 monitors include a variety of setups that allow you to adjust to the room requirements. There are mounting screw holes to attach to hardware as necessary. Since the FX50s are coaxial speakers, they can be mounted horizontally or vertically and the performance will be the same (best to align your tweeter with ear level). 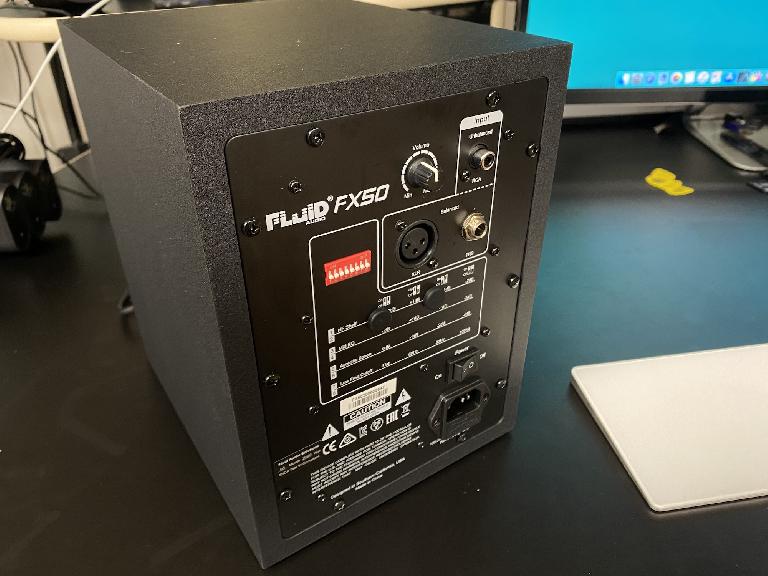 The sound of the FX50 monitors was an absolutely mind blowing surprise. These speakers have absolutely no business sounding this good for the $150 price. The stereo imaging with the FX50s is downright nuts. I opened up some projects I had spent the last week working on and it felt like I could finally hear exactly where I placed every instrument in the mix. The amount of detail coming from this modest package continued to surprise me at a variety of volume levels. I’ll also point out that the FX50s can get quite loud. As if I wasn’t taken ‘off guard’ enough by the detail, I was pleasantly surprised by how far I could ‘push’ these monitors while the sound remained clean and undistorted. The FX50 monitor is now the speaker to beat in this price class (and the price class one or two stops above it, to be frank).

It’s not often you get to have your cake and eat it too, but this really is the case with the FX50s. I very much prefer the dip switch settings to a digital DSP or dials/knobs. In most cases, you’re going to be putting your monitors up in your space, and you’ll want to set those settings and leave them for the duration of the speaker’s use in your studio. It’s comforting to know that when cleaning or moving things around behind my desk I won’t accidentally change the listening profile. Automatic standby mode makes me feel more confident in the longevity of the gear, not to mention the consumption of power in my studio. The sound is stunning, and the price really is ridiculously low for studio monitor speakers of this caliber.

Cons: I can’t think of what else someone would want out of a $150 studio monitor.