This year I decided to drink the Kool-Aid, I took a deep dive into Eurorack and haven’t looked back since. I had an idea of the type of system I wanted to build - I wanted sounds that would make you think of Osaka and Cherry Blossoms, I wanted an Asian plucking machine. Around the same time, Plonk by Intellijel was announced. The name was as intriguing as its physical aspect, and once I heard the sounds it was capable of sculpting I was hooked. 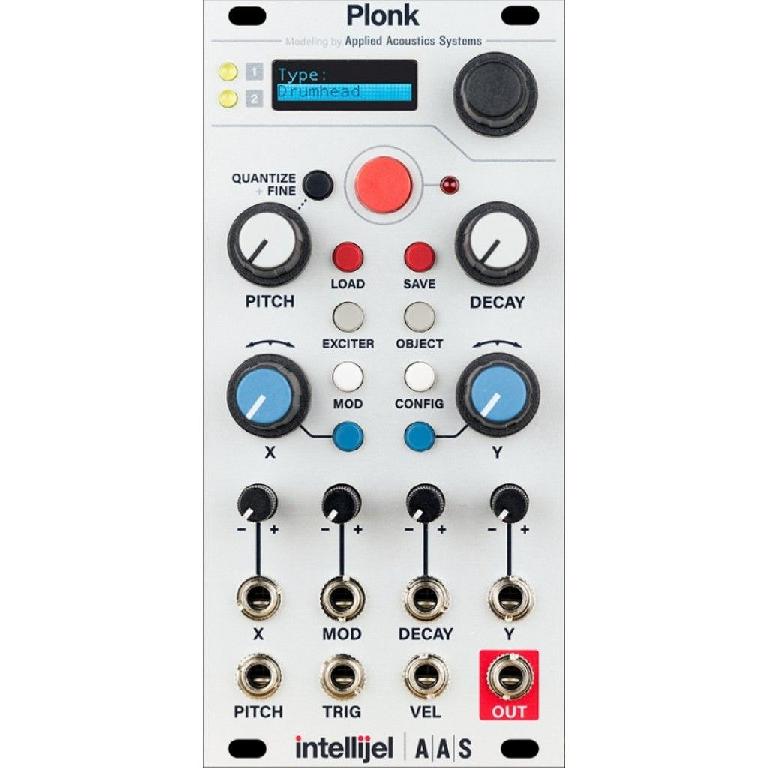 Although advertised as a Percussive Module, Plonk is capable of creating both acoustic and electronic organic melodic sounds, it can easily make beautiful Strings, Plucks, Bass, real or unreal instruments that can be pitched or un-pitched to your liking. At first I was a bit skeptical of a module that used Presets, thinking I would get stuck in the endless scrolling that can sometimes occur with this type of interface. That quickly was overlooked as I dove deeper into Plonk and realized how much functionality and sound possibility came out of this small yet powerful module.

So how does Plonk achieve these unique sounds? Think of a drum stick and the actual drum, a guitar and the fingers plucking it, a violin and its bow. When these two objects meet they resonate and create sound. By using two distinct elements Plonk recreates the object which strikes (Exciter) and the object being struck (Resonator). The Exciter can be set to either Mallet or Noise, which define the characteristic of the sound being struck.

There are several Resonators to choose from; Marimba, Drumhead, Beam, Membrane, String, and Plate. The sound possibilities between these two elements make creation limitless. There are plenty of parameters to tweak and the ability to modulate Decay plus three other parameters that are easily customizable and can be saved to each preset make Plonk a great module for live performance. The X and Y knobs give you a bit of control over the way you want to transform your sound without unwanted surprises. The ability to produce a different sound from strike to strike allows Plonk to decay one sound into another without choking or making the tones feel static: this is thanks to Plonk being a Duophonic Physical Modeling synthesizer. 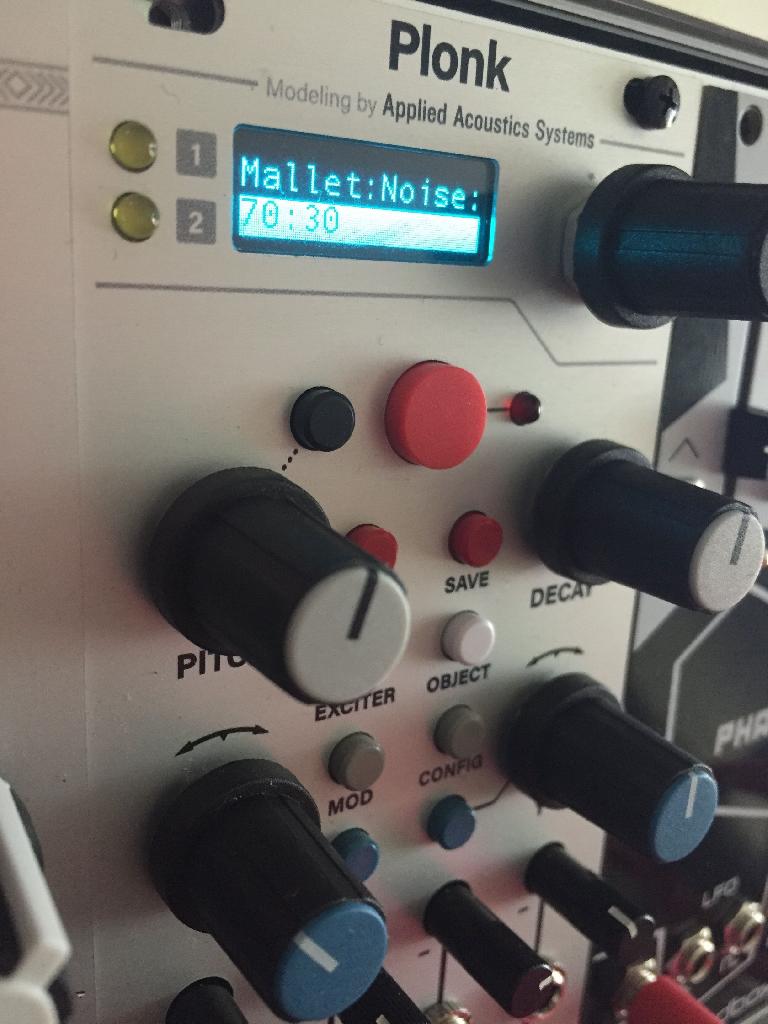 As I mentioned before, Plonk works with presets, 128 to be precise. Loading and saving couldn’t have been made simpler: Plonk’s layout is straightforward and unpretentious. The Exciter and Object buttons are how we edit parameters for each element. Object lets us choose our type of Resonator and its various settings, while Exciter lets us set the ratio between Mallet and Noise and gives us access to things like stiffness of the Mallet, Attack, Decay, Density, Envelope, and Cutoff of the Noise. One of my favorite features of this module is the ability to use it as a note reference. When Quantize is set to ON, turning the PITCH Knob cycles through notes, not only displaying note name but the octave as well. 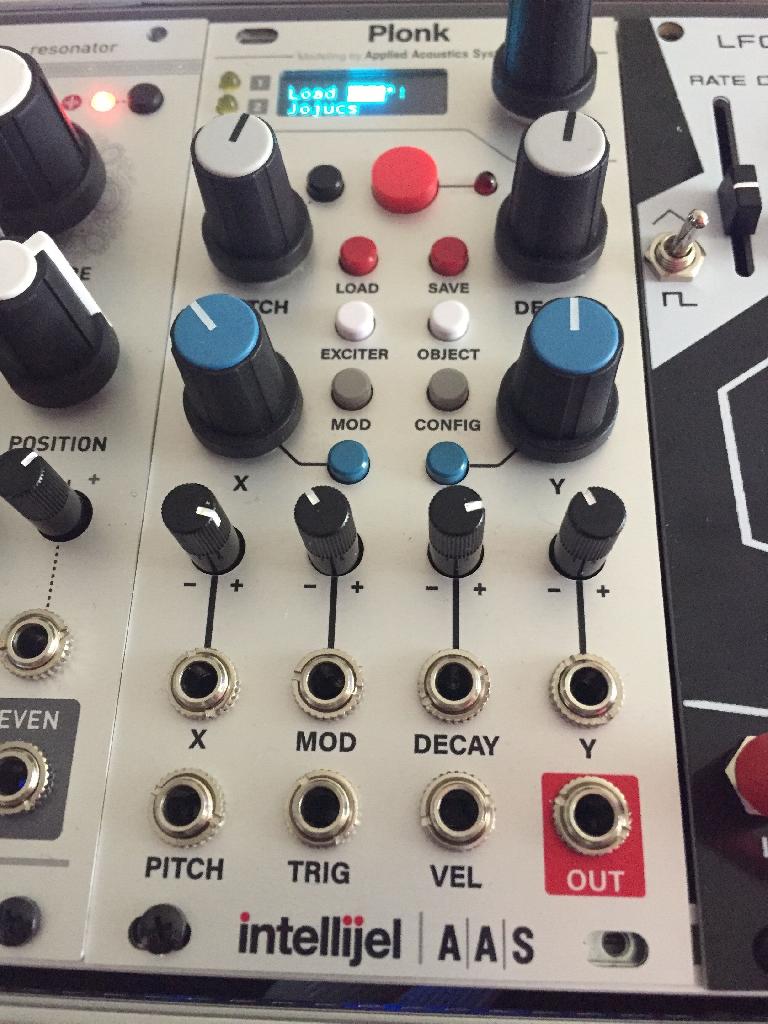 Intellijel has yet to disappoint with quality and aesthetics. Not only is Plonk beautiful to look at, but the tones coming from it are far from the usual. At only 12HP Plonk has a lot to offer without taking up much real estate, and it's ideal for smaller systems as it can wholly handle drum duties while enhancing larger systems by adding new timbres.

Cons: Even though the interface is learned quickly it might still not be the module for those that want instant gratification.