NI has been updating and revamping its range of audio interfaces (you can read our review of the Audio 1 and 2 models here) and the latest release is the Komplete Audio 6, a larger model aimed at those whose recording and monitoring needs are a little more diverse. Where the smaller boxes cater to singer songwriters or those working mostly in the box, the Audio 6 has more I/O and is designed for setups where you may need to keep various hardware connected and incorporate MIDI gear - something the smaller boxes do not support. 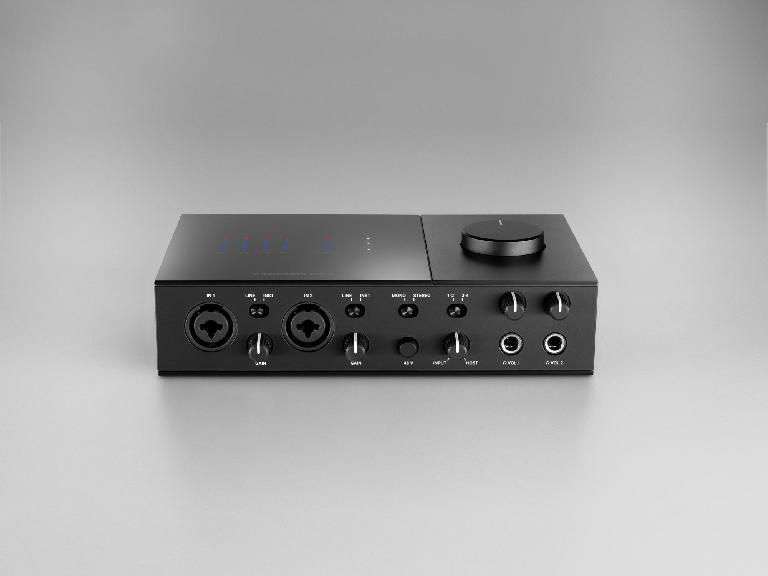 The look and feel is the same as the smaller models in terms of the design and finish - NI settled some time ago on this sleek, minimal hardwearing plastic for most of its hardware products. The previous iteration of the 6 had a very different look, but here it’s all very much kept in the family. Power is over USB, which is not always the case in slightly larger interfaces, but I know from conversations with NI that they did a lot of work on enabling audio interface hardware to power this way for the Maschine Mk3, technology which has likely helped here too.

The upper surface contains a large output volume dial - helpful for easily changing the monitor volume without having to use a front panel knob, and level meters for the four inputs and outputs 1 and 2. USB, phantom power and MIDI indicator lights are also present. The 5-LED meters might be a little simplistic for some users, but the lack of more complex dancing lights might be something to do with power efficiency. 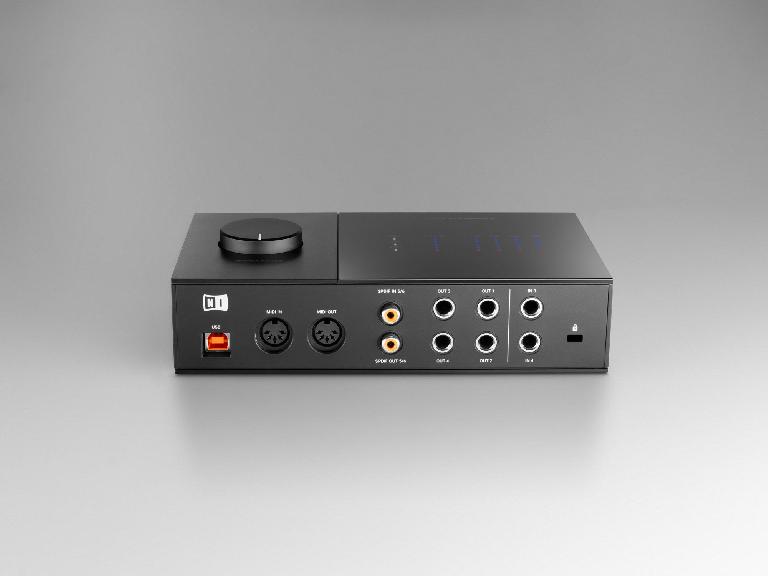 You get six inputs - two combo XLR/¼” TRS line inputs with 48V phantom power and gain control for flexible stereo recording on the front and also with mic/line switches, 2x ¼” TRS line inputs on the rear panel and one S/PDIF digital stereo in for connecting compatible devices. There’s 1x1 MIDI in / out DIN ports on the back for bringing your hardware into play, and a total of 6 outputs of which 1 is the S/PDIF and 4 are jack outputs on the back.

Helpfully you get two headphone outputs with separate gain controls, which is great if for example you want to record someone playing and they need monitoring, but you also want to be able to hear what’s going on. A single headphone out can be quite restrictive in some circumstances. You can record at up to 192kHz / 24-bit resolution with very low latency - negligible in my tests - and the result is great, crystal clear sound. 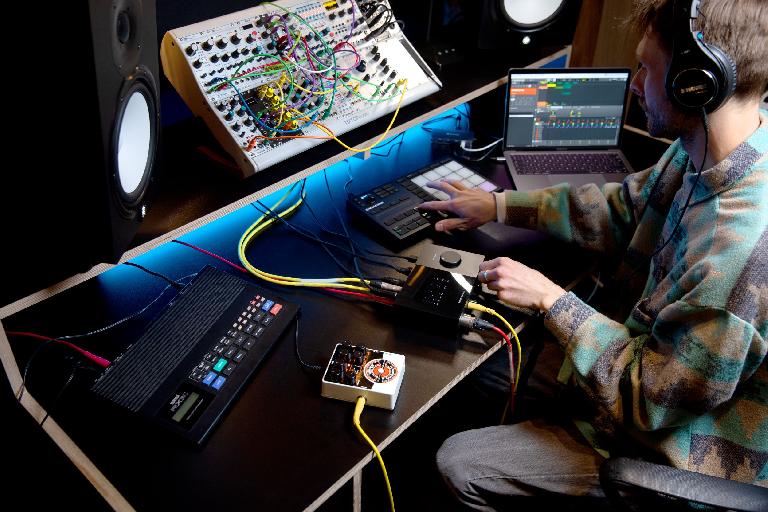 Komplete Audio 6 is a great workhorse audio and MIDI interface with a good software bundle that caters to all kinds of users who need a decent amount of I/O but without breaking the bank. Results are excellent, build quality and footprint will work well in any studio or on the move. A very solid addition to the Komplete Audio family.

Cons: Quite a lot of competition out there.

Learn all about Native Instruments software and hardware: https://ask.audio/academy?nleloc=category/audio/topic/nativeinstruments