All Articles Review
Review: Plankton Electronics ANTS! Semi-Modular Analog Synth
TILT on Tue, May 15th 1 comments
ANTS! is a semi-modular analog synth that not only looks cool, it sounds great too. Find out much more about it in this video review.
This written and video review is by Nic Britton from TILT.

The Plankton Electronics Ants! is a fully analog desktop semi-modular synth with Eurorack compatible connectivity. It is normalled to be able to be used without any cables as a 2 Oscillator monosynth and is able to be triggered without any external keyboard. By using the MIDI connection on the back of the device, or its CV/Gate connections on the front, you can then play the Ants! from an external source.

Once using patchable cables, the Ants! can utilise its 4 Oscillators, 2 VCAs, 2 LFOs (switchable to 4 by changing 2 of the XT Oscillators into LFO mode), 2 Envelopes (one Attack / Decay, the other Attack / Release), Sample & Hold, a switchable filter with a 12db/oct Low-Pass & a 6db/oct Hi-Pass mode, plus a Noise Generator, Mixer section and a Logic gate.

The Oscillators between them can generate Sine, Triangle, Saw and Pulse (with PWM) waves. They hold their tuning well once warmed up (10-15 mins), but this only extends across a 2-3 octave range. The Oscillators sound like typically analogue VCO’s, and if I had to bracket them I would say they are somewhere between a Moog to Roland sound. However, they do have their own character. 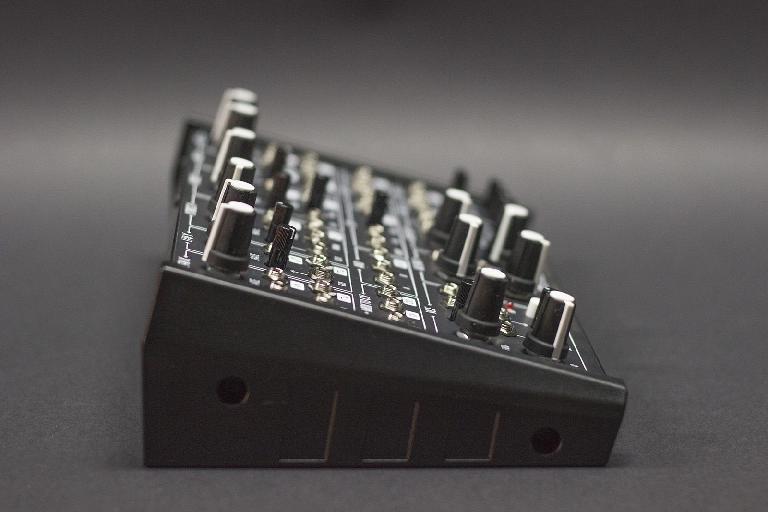 Depending on the amount of drive applied to the Filter, its tone can be quite dramatically changed from smooth to aggressive. Both the Low Pass and High Pass filters can self-oscillate and there is no stepping when sweeping through either the Cutoff or the Resonance (Q).

The Ants! is also “Hackable” for those brave enough and with the knowledge to do so. This functionality is accessed via an ISP port within the unit.

The Ants! is built from a rolled steel case with plastic covers on its side. The knobs have a soft rubbery feel to them but turning the pots feels sturdy. Although this is no wooden-end boutique style design, the Ants! doesn’t feel cheap and I think it would survive live work well. It ships with some brightly coloured patch cables and 3 “Ninja Stars” which are used to split or combine signals. 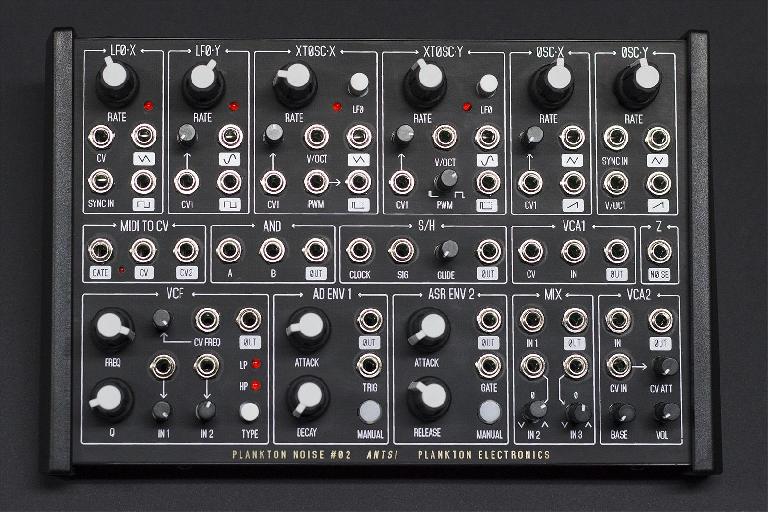 For the cost, the Ants! is a great sounding analogue monosynth for anyone looking to expand a Eurorack system or as a standalone desktop unit. For those with larger modular setups, unfortunately the Ants! can’t be retro-fitted into a Eurorack case but all its input and output connections are fully compatible with the Eurorack voltage standards. 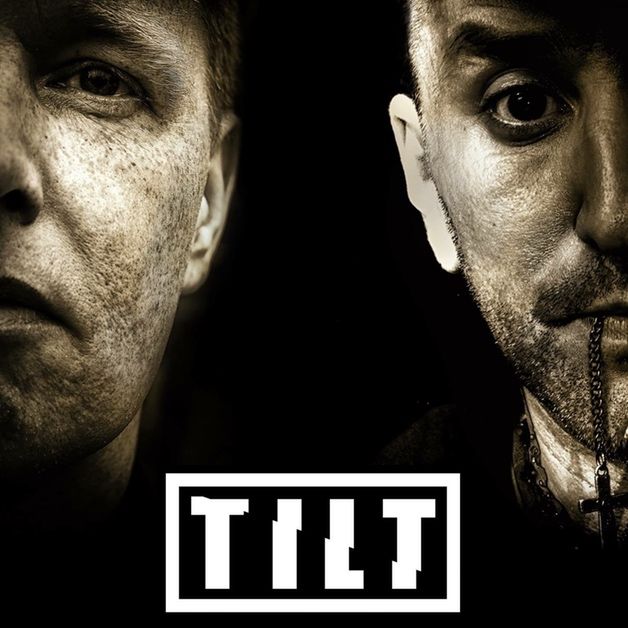 TILT
TILT have become a major force in the international dance music revolution with their tribal drums, booming bass-lines and unforgettable melodies. They blurred the boundaries between house and trance and supplied millions of dance music loverâ€™s worldwide with the sound track to their weekend. Facebook - https://en-gb.facebook.com/pg/OfficialTILT Youtube - https://www.youtube.com/user/TILTOfficialUK Twitter - https://twitter.com/tiltofficialuk Instagram - https://www.instagram.com/tilt_insta Soundcloud - https://soundcloud.com/tiltofficialuk TILT have DJâ€™d and performed all over the world, DJing in super clubs such as Avalon (LA), Twilo (NYC), Pacha (Ibiza/South America), Hi (Ibiza), Amnesia (Ibiza), Womb (Japan), Crobar (Miami), Vinyl (NYC), Cream (Liverpool) The Hacienda (Manchester) Ministry of Sound and Smirnoff Vodka world tours and all of the major festivals. They have also supported Paul Oakenfold, Simply Red and MTV. In 1994 TILT were signed by Paul Oakenfold to the Perfecto/Warner music label and in 1995 had their first UK top 40 hit with â€˜I Dreamâ€™. More big tracks followed including â€˜My Spiritâ€™ and â€˜Placesâ€™. In 1998 they moved record label to Red Jerryâ€™s brilliant Hooj Choons and more hits followed. Mick Parkâ€™s DJ partnership â€˜Parks and Wilsonâ€™ also produced two widely successful Essential Mixes for the Radio One, Pete Tong show; one of which was voted second best of all time behind Sasha and Digweed. To date TILT has had seven UK hit singles and are registered on the official Chart Encyclopedia in the UK. TILTâ€™s production and remix portfolio is second to none; U2, Dido, Kasabian, Artic Monkeys, Paul Van Dyk, Inner City, Boy George, Paul Oakenfold to name but a few. They have also collaborated with the late, great, Malcolm McClaren, Manager of The Sex Pistols on Lakme â€“ â€˜The Bell Songâ€™. In early 2017 TILT started a â€˜Houseâ€™ collaboration with the Queen of Soul and Gospel, Ms Ruby Turner (Jools Holland). This was Rubyâ€™s very first dance record production which was named â€˜Deeper In Loveâ€™. It was released on Perfecto House Records in late summer of 2017. TILT are now locked into a long-term album project entitled â€˜Keysâ€™, which is due out in late 2018. Finally, the guys have just remixed the brand new U2 song â€˜Summer of Loveâ€™ which has already had huge support from BBC Radio One, Paul Oakenfold, Rusty Egan and Solarstone. Facebook - https://en-gb.facebook.com/pg/OfficialTILT Youtube - https://www.youtube.com/user/TILTOfficialUK Twitter - https://twitter.com/tiltofficialuk Instagram - https://www.instagram.com/tilt_insta Soundcloud - https://soundcloud.com/tiltofficialuk
Related Videos
Comments (1)