All Articles Review
Review: Sensel Morph, The Controller That Fits All Your Needs?
Matt Vanacoro on Mon, August 14th 0 comments
This advanced touch-sensitive control surface works at a far higher resolution than a regular MIDI controller, and is also suitable for artistic applications. What's not to like?

From right out of the box, the Sensel Morph threw me for a loop. After trying out so many Kickstarter-backed devices and plug-ins that didn’t quite live up to the hype, I have to be honest become a little ‘Kickstarter-cynical”. From the second I picked up the Morph, it was clear that this device was built to last and poised to make an impact in the music and art world.

The Sensel Morph is an interactive controller that is about the size of a standard tablet. It is completely touch sensitive from end to end, and you can change the function of the Morph controller with rubberized overlays. These overlays snap nicely onto the front of the morph and stay put magnetically. The various overlays allow you to utilize the Morph for various musical, artistic and engineering applications. I was able to test the Morph with its MIDI keyboard, drum set, MPC, and typing keyboard overlay. 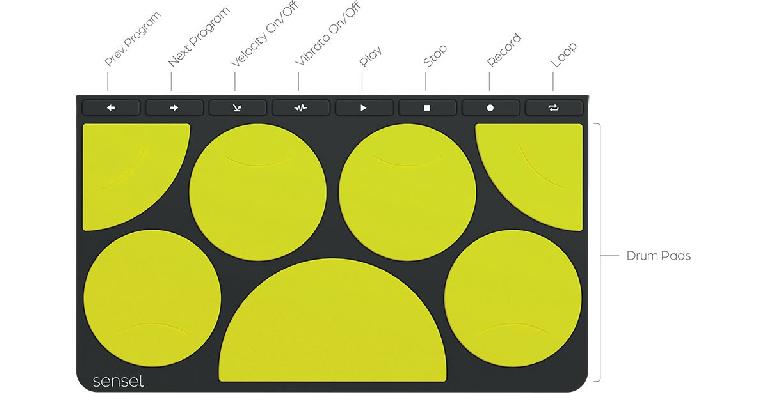 I connected the Morph to the drum set overlay first and was instantly impressed with how easy it was to get up and running. The drum set itself was cleverly designed, and all of the notes were mapped to the standard MIDI drum set mapping. This meant that the Morph ‘just worked’ with pretty much any drum instrument I threw at it. Connecting via USB to my computer and opening up a drum track in Logic was simple, and I could immediately see the great resolution and response time that Sensel was touting on their website.

You see, the Morph has wayyyyy more resolution than most musical devices really need or utilize, as it also has to work for artistic purposes. The sensor array eschews capacitive touch and opts for a proprietary design that fits in over 500 sensors for every square inch on the morph. Since the Morph is also utilized for art-tablet like applications, the frame rate can detect movement at up to 500Hz. We’re talking about 2ms of latency on input, with 500 sensors or so per square inch. This translates into an incredible usable musical and dynamic range when the Morph is being played as a musical instrument or controller. 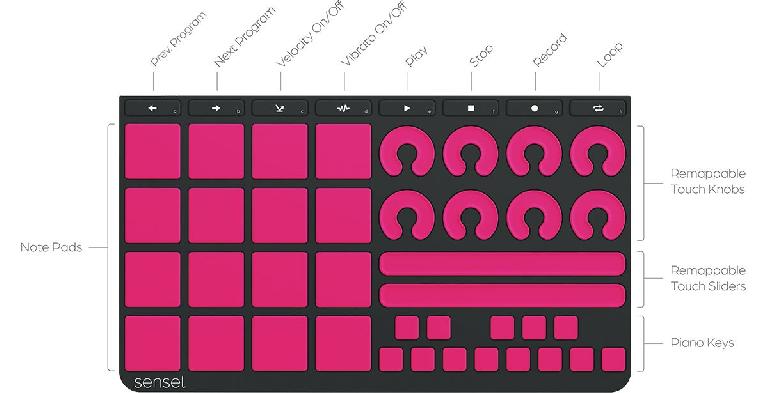 Every overlay worked exactly as expected. The MPC was quickly mappable with Sensel’s own software or inside of your own DAW software. The MIDI keyboard was instantly recognized and actually provided some ‘Seaboard-like’ slides/pitch bends and pressure responses. The standard computer keyboard was convenient for quickly doing some work on my mobile device, and you can even use the Morph without an overlay at all! In fact, without one, the digitizer surface is *extremely* sensitive and responsive - you can use a real paintbrush and digitize the input into Photoshop or other compatible apps! 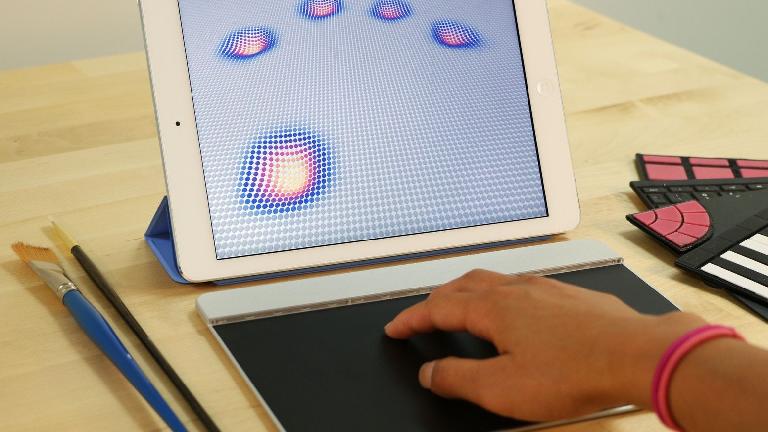 The visual feedback from the LED lights are a nice touch as well. Configured differently for each overlay, these lights let you know what you hit, where you hit, and various other options for each overlay configuration.

The Morph is the real deal. It can link with a mobile device via Bluetooth and has an all day battery, it can connect with a computer via USB, and Sensel has even opened up their software API for development of customized user overlays! I was pleasantly surprised by the build quality, usability, responsiveness, and innovation of the Morph. I can finally get my hands off the damn iPad screen with some of my favorite apps and utilize an entirely new level of creative control. The Sensel Morph is a solid piece of tech from an innovative group of folks.

Cons: The desktop config software can be a little fussy.