All Articles Review
Review: Sonicware ELZ_1
Matt Vanacoro on Sat, September 14th 0 comments
This portable, battery powered synth punches well above its weight when it comes to sonics and flexibility, as Matt Vanacoro found out.

Portable synths are gaining popularity faster than a 64 step sequencer set to 240bpm. Sonicware jumped into the fray with both feet, offering up the ELZ_1 to synth enthusiasts of the world. I’ve spent the last month with this portable powerhouse synth and I can confirm, it is really freaking awesome. My first clue that this was going to be great was honestly how I stumbled upon it. My pal (and good friend of Ask.Audio) Jordan Rudess texted me some video of the synth in action and told me to pick one up TODAY. Now to ‘pull back the curtain’ a little here, *I* am usually the one making *him* spend money on new geekery, so this was my first alert that Sonicware had made something really special.

The ELZ_1 has 9 different sound engines that are all unique and incredibly special. You’ve got FM synthesis, waveform synthesis, granular, subtractive, noise, and even a few unique algorithms of their own in the mix. The screen is color and actually quite a decent resolution for a device this portable and inexpensive. There are a bunch of built in effects, a configurable arpeggiator, and (as of the latest firmware update) a step sequencer all built in to give you complete control over your sound. 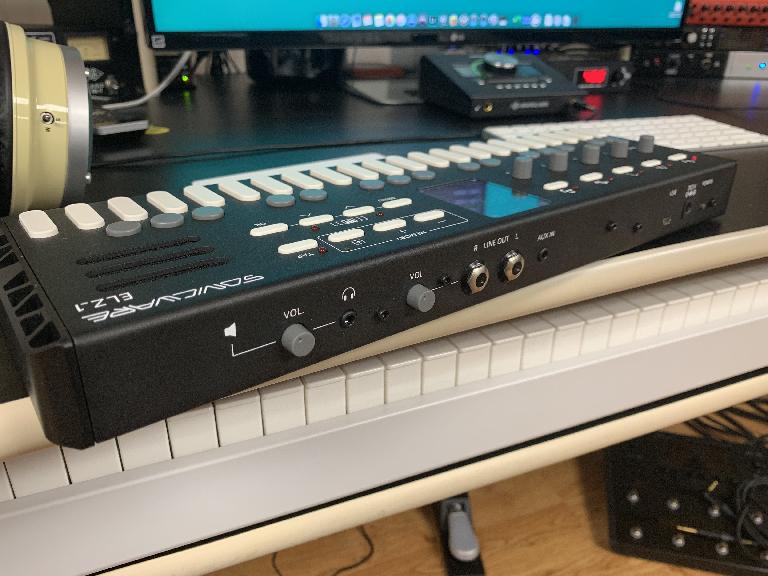 Physically, the ELZ_1 is built like a freaking tank. It has a metal chassis with solid plastic end caps. The diminutive ‘keys’ are plastic buttons that are shrunk down for portability. I was actually quite surprised that the keys felt so naturally playable. The ELZ_1 is just so fun. I typically don’t love ‘mini keys’ on shrunken keyboards, but this setup makes the ELZ_1 so ridiculously portable that I found myself bringing it everywhere this last month.

The synth is battery powered and has a built in speaker, but of course can be plugged in for both power and audio. There is a USB port on the rear for firmware updates as well as MIDI in and out.

Finally, Sonicware has not been shy about firmware updates. The latest update dropped a step sequencer, sync with external clock signals (including Korg Vocals and Teenage Engineering Pocket Operators!), and new modulation parameters for the synth engines. These guys show no signs at all of slowing down, and I foresee a lot more functionality added in the future for this little beast. 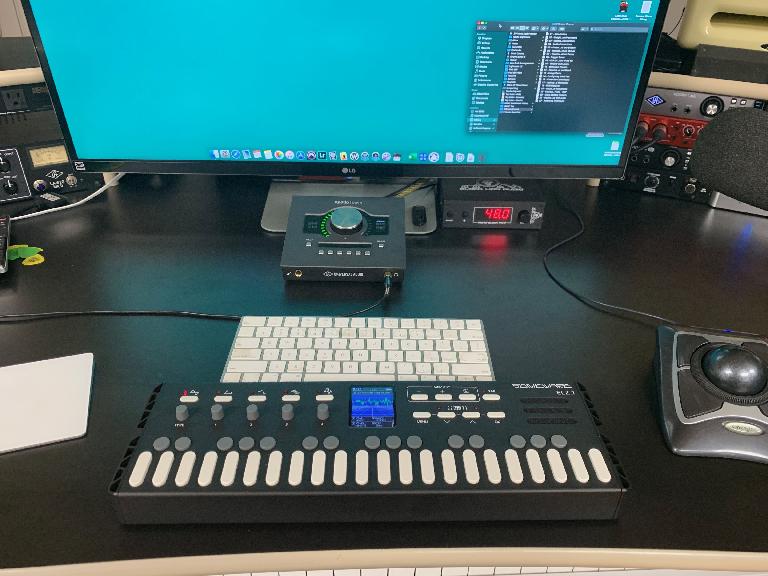 The sound of the ELZ_1 is both unique and diverse. The number of engines available allow it to really shine in terms of variety. I had a great time playing through the presets as well as tweaking some of my own sounds. I’ve put a few of my favorites below:

The built-in speaker is great for portability and fun, but plugging in the ELZ_1 made it truly shine for me. The sounds that came out of the 1/4” stereo inputs were so much bigger than the portable package this synth comes in. I absolutely plan to integrate the ELZ_1 into my live rig. It’s small enough to sit right on top of another keyboard and give you a whole new array of sounds at the touch of a button.

Honestly, I’m surprised a synth this powerful is coming in at a price this low. The ELZ_1 is a really incredible little beast of a synth. It’s fun, it’s functional, and so far it seems highly supported by the company. If you’re a synth fan, I can’t recommend this enough.

Cons: Use the 1/4” outputs or a good set of headphones to really get the full sonic beauty of this keyboard.