All Articles Review
Review: Soundbrenner Core, A problem-Solving Smartwatch For Musicians
Hollin Jones on Fri, March 20th 0 comments
If you're tired of wearing in-ear monitors to hear a click track when performing, the Soundbrenner Core will be of great interest to you. Plus it offers inventive features for a Smartwatch.

Wearable tech, the Apple Watch being the most popular example, presents an interesting challenge for music developers. There are some clever apps - MIDIWrist being a notable one - but the size and power of the device plus Apple’s restrictions on how devs can use the hardware also place limits on what can be done. Soundbrenner has decided to go it alone with its own hardware and software. The Soundbrenner Core is designed to perform several functions that musicians will use frequently. So how does it work? 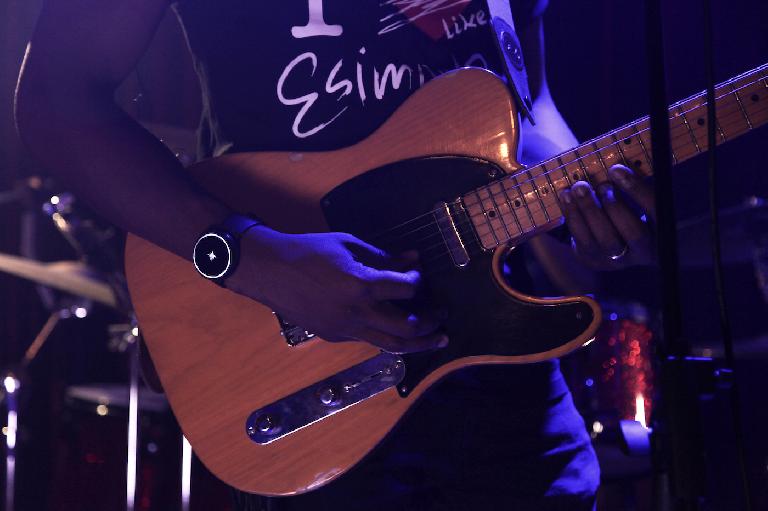 The Core comes with two bands, one for a wrist and a larger one for a leg or arm, and a housing as well as a USB to magnet charging cable, taking around an hour and a half to fully charge from empty. There’s a polycarbonate model and a steel one, with the build and strap materials the only practical difference. Download the free app for iOS or Android and enter the setup after pairing, which is very straightforward. You can make watch-based settings like which wrist you are using, raise-to-wake as well as more specialised controls over vibration strength, light colours and more. You can set up and store song presets, useful for quickly calling up different setups during a gig. 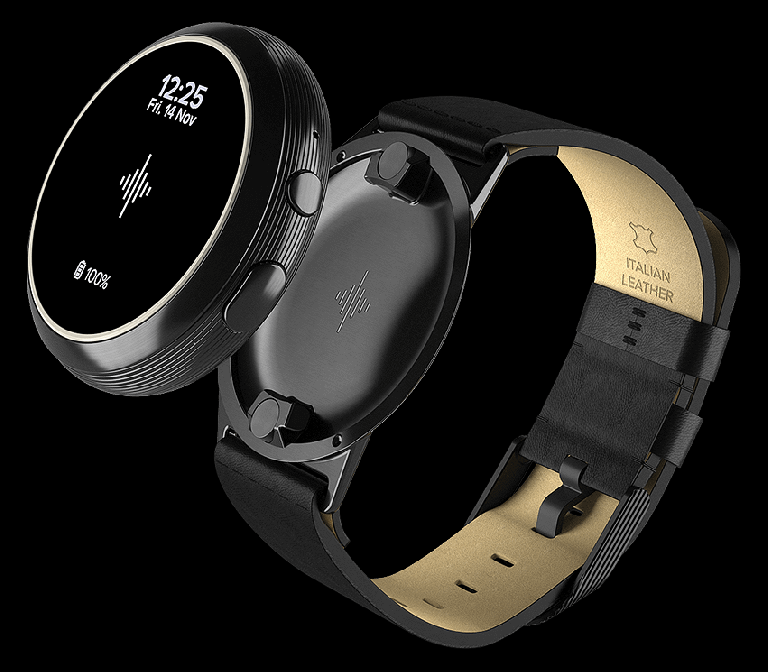 There are two buttons - essentially performing “enter” and “back” functions, and an endless rotary wheel around the watch face for data entry. The screen can register taps for stopping and starting, but not for any kind of other function as you’d find in an Apple Watch. The first mode is Metronome and you can quickly set tempo, signature, subdivisions and accents using the rotary wheel. Double tap the screen to start, or triple tap to enter a tap tempo. An audible click can also be played.

The Core has a much stronger motor than a regular smartwatch and five vibration strength modes plus a special “triple tap” and a “ludicrous” mode. I’d imagine most users will prefer the mid, strong and strongest vibration settings depending on how physically active they are when playing. A drummer would probably want to use the strongest. Helpfully, up to five units can be connected together wirelessly, so each band member is receiving exactly the same beat. You can also make it flash coloured lights in time with the beat.

The second mode is tuner, where you detach the Core from its strap and attach it to a guitar or bass using the special magnet that’s bundled in the box, or the tuner mount. You choose a scale type and tune up, which works really well. A decibel meter is the next major tool and this can send you alerts based on your exposure to loud sounds. Finally there’s time and date, stopwatch and a timer available as well. DAW integration via MIDI is also in development.

The Core works really well and is surprisingly easy to set up. Battery life is always a factor with wearables, and the company quotes three days based on 30 mins of metronome use per day. I was initially surprised by how much the default settings impacted the battery, but some tweaking did help. Turning off the “always on” screen and reducing vibration strength seemed to be the main factors. It’s perhaps not surprising that strong motor vibration and flashing lights left on over time are going to hammer the battery - this is why Apple restricts these things in its more consumer-oriented watch. That said, the Core is a specialised piece of kit so it’s a trade off you’re probably willing to make. And battery life can always be improved using firmware updates.

The Soundbrenner Core is a really interesting product that works very well, is easy to use and solves some real problems for musicians. Having your watch work as a proper metronome is preferable to wearing in-ear monitors for a click, and tuner functionality is an added bonus. Linking devices together is another excellent option to feed timing to several people. The only concern is battery life, which does take a hit when using metronome mode, even if the regular smartwatch mode doesn’t impact battery so much, especially when tweaked a little.

Cons: Battery takes a hit from using the metronome for longer periods.