The Soundbrenner Pulse has intrigued me ever since it was crowdfunded at over 200% its goal a few years back. It was clear that musicians really dug the idea of a metronome that you could ‘feel’. I put one on at NAMM and it became clear that I needed to spend some more time with the Pulse. Soundbrenner was kind enough to send one over, and now that I have it on I can’t go back to an audio-only metronome again. 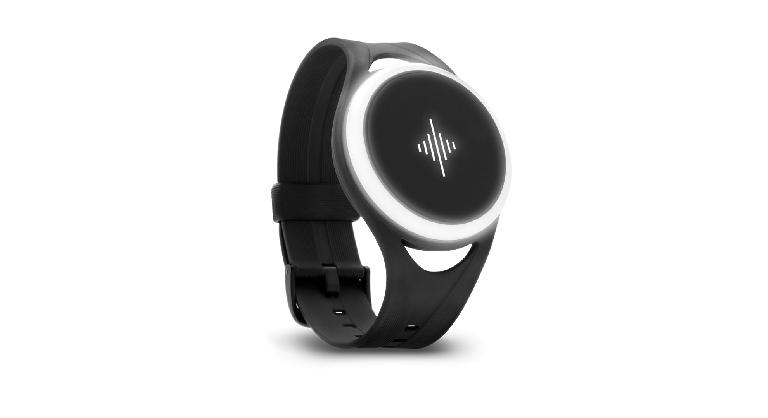 Soundbrenner Pulse has absolutely conquered what I was hoping the Apple Watch would do when it first came out. I remember lining up at the Apple store, waiting for the Apple Watch app store to push out the metronome apps, and then… extreme disappointment. Not only did Apple do their ‘thing’ of tightly controlling the haptic response and allowing developers only a smidgen of access, but it was clear - the Apple Watch just didn’t have enough ‘oomph’ in it to act as a metronome of any use. Sure, it could beep - but the tapping engine just didn’t work in practice. Any movement of your hands and arms (you know, like when you’re being a musician) absolutely obscures the tapping sensation of the watch to the point where you just couldn’t  feel it.

Enter the Soundbrenner Pulse. This thing is a sledgehammer of tiny devices. When you strap this onto your wrist, arm, or even body… man can you feel it. I was actually quite amazed at the amount of force this little device was able to exude on my wrist. Soundbrenner provides a lot of different straps and attachments to allow you to connect it to almost any part of your body. (I’ll just leave that there). 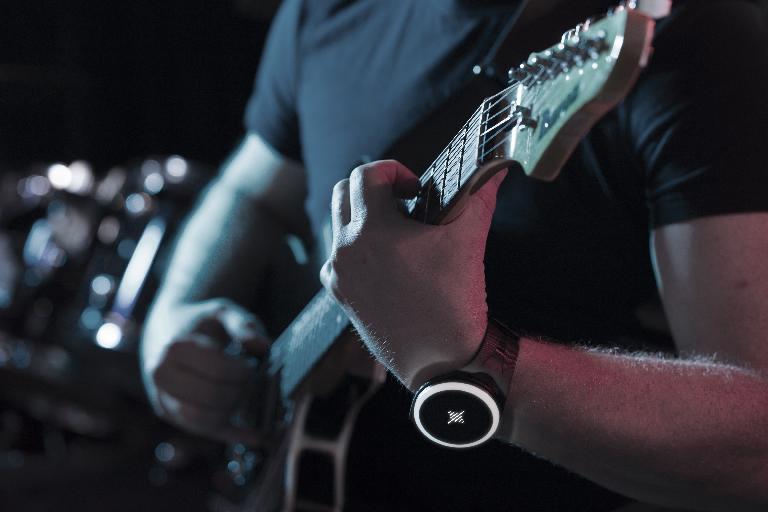 I found that I preferred the Pulse around my forearm. Not only did it make me feel like I have a massively powerful Rock-sized bicep (I don’t), but it just seemed to be where I could feel the kinetic feedback the most. I get a little animated when I play, and although I could still feel the Pulse when I had it tightly on my wrist, the arm strap just gets it ‘out of the way’ for me. 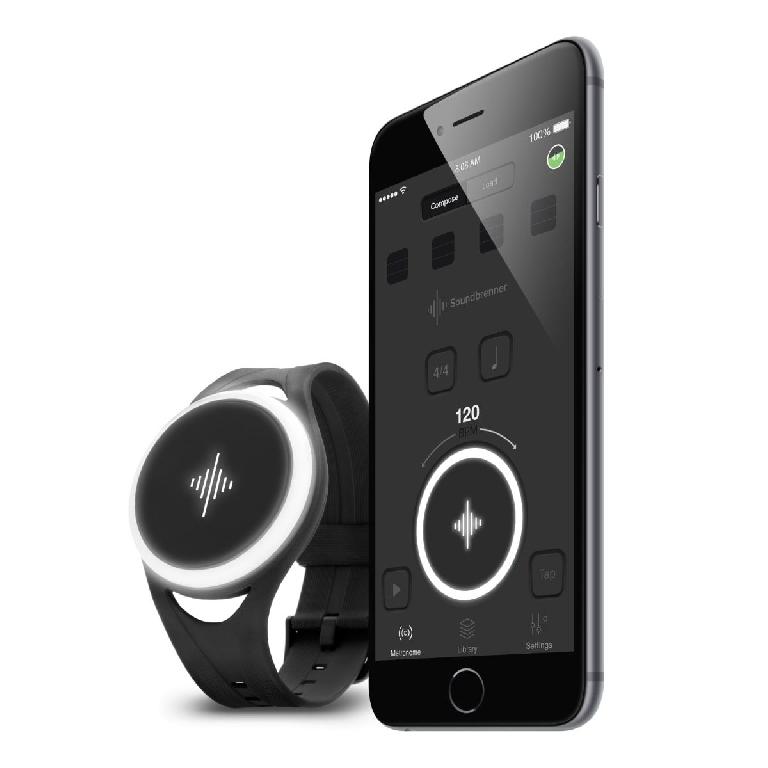 Soundbrenner’s accompanying metronome app is fully featured. It syncs with the Pulse and allows you to configure the Pulse with a simple and clean user interface. You can save your Pulse’s settings, create setlists, configure songs and complex time signatures, and even set song lengths in both time and measures. I was actually quite impressed with the customization options, you can even subdivide the beat up into a variety of rhythms for more targeted practice. There is also a tap tempo which you can do on the app OR on the Pulse. You can also adjust the tempo with a rotating knob on the physical device or in the app.

I really enjoyed my time with the Pulse, and I fully intend to keep on using it. The device itself is dead simple to use, all the configuration can be done in the app, and you can save your configuration for a seamless return to practice at any time. It’s the first wearable metronome that I can actually feel and hear at the same time, and there are a variety of ways to wear it. The Pulse is an incredibly useful tool for any musician, and great value at the price.

Cons: I had to wear it pretty tightly when using it on my wrist, but that is a personal preference. I loved it on my arm.