In a move that nobody saw coming, Yamaha recently dropped an entirely new line of keyboards, the MODX series, at an exclusive event in NYC. We at AskAudio were able to procure one of the first MODX keyboards available to use in the country, and we’ve been putting it through the paces for a week now. Here’s the lowdown.

The MODX is a highly portable keyboard that uses the same sound engine as Yamaha’s flagship Montage synth. The AWM2 sample engine and FM-X synth engine are present in full force, as is full compatibility with just about everything Montage is compatible with. That part baffled me, because the MODX starts at a $1,300 price point. I can confirm - the very first thing I did was load up my favorite live set from my Montage, including the Chick Corea Rhodes expansion library, and all of the sounds played without a hitch and sounded exactly the same. The engine on this keyboard is just incredibly powerful and the sound design possibilities are staggering.

So It’s A Montage? 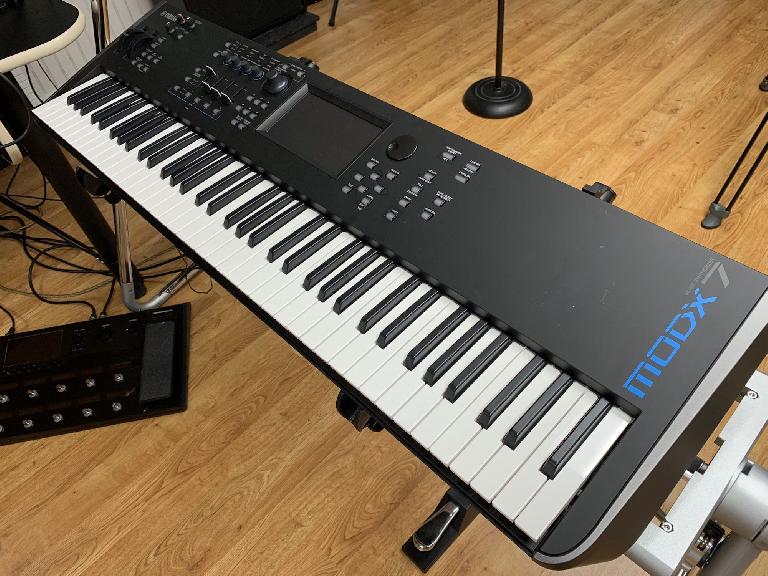 Physically, the interface has really been optimized. From this point on, depending on your playing style, you may even view some of the missing controls as a plus - I certainly do, and I’ll explain. On the left side there are 4 customizable MIDI sliders instead of the Montage’s 8, as well as 4 scene buttons as opposed to the Montage’s 8. You can achieve more scenes and sliders, though, with a simple 1-4/5-8 toggle button placed to the left of the bank. The entire right side of the montage (category buttons with part select, etc) has been omitted. For me, this is a plus, as I really didn’t use those buttons to do anything I couldn’t accomplish with the touch screen (which is present), and now you have some real estate to put an iPad, computer, setlist, etc…

I said it in the video portion of the review, and I’ll say it here - this thing is a really remarkable piece of modern engineering. It is *astoundingly* light. I’m talking ‘pick it up by pinching it between your thumb and forefinger’ light. I tested the MODX7 which is the 76 key variant, and fell immediately in love. I have, quite frankly, never seen a keyboard this portable and light with this powerful an engine inside of it. 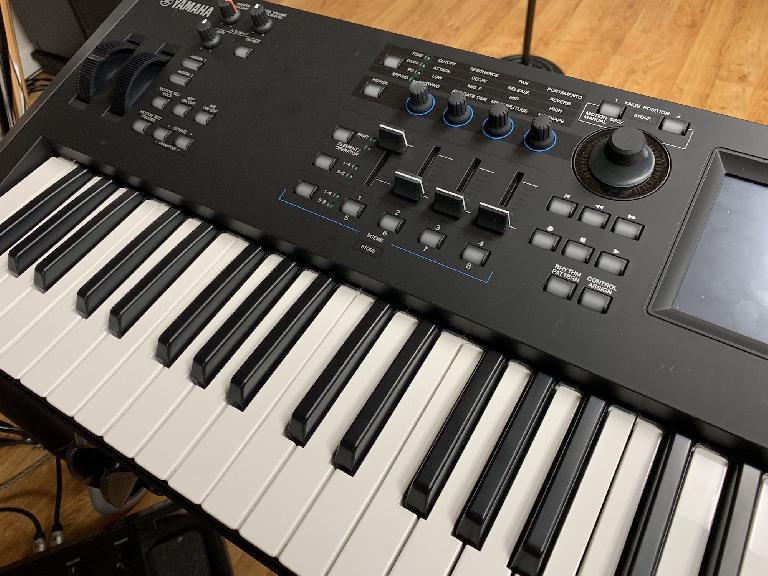 When you utilize a lighter/portable keyboard like this you usually expect it to have piano and a few other sounds, and the bar is pretty low for those ‘other sounds’… but in the MODX’s case, you get access to the flagship Montage engine. It’s nuts. This keyboard is portable enough that you won’t think twice about bringing it to a rehearsal or a quick gig. No more relying on whatever piece of junk that might be at a rehearsal studio, you can take pro sounds with you 24/7 with MODX.

As a Montage user, I’m really floored. I love my Montage but I definitely reconsider bringing it on smaller gigs as I sometimes don’t want to put the ‘miles’ on my expensive flagship keyboard, and we all have those situations where we wish we had a portable and light keyboard that didn’t compromise on sound. That day has come, and the MODX is that keyboard. The sound engine you get at this price point is just insane, and they somehow managed to craft a really light keyboard that doesn’t feel (or sound) cheap.

Cons: Key bed is a lighter touch than the Montage series.