All Articles Review
Review: Yamaha SessionCake
Matt Vanacoro on Thu, October 19th 0 comments
These ultra portable, personal monitoring mixers offer private monitoring on the go in a range of situations. But could Matt Vanacoro have his SessionCake, and eat it?

Yamaha’s line of SessionCake personal monitoring mixers may win this year’s “Most Interestingly Named Product” award from us here at AskAudio. SessionCake is a duo of headphone amp/personal mixers that are designed to give you a silent jam/practice experience. I had the chance to put both available models through their paces, and had a blast doing it. 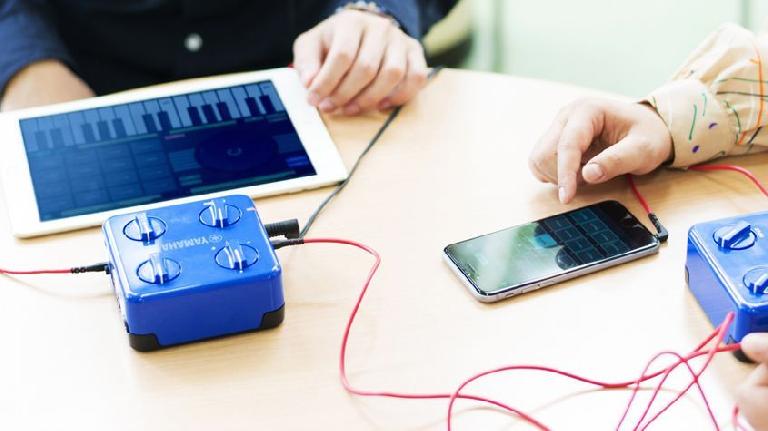 The SessionCake SC-01 and SC-02 are both made of plastic, but they seem durable and well designed. The knobs are big, easy to find, and they don’t protrude much from the actual device. This means they won’t get torn off if you toss this thing in your backpack - which is good, because that’s what it’s kind of made to do.

The SessionCakes are dead-simple to use. I mean, really simple. The places where you plug in your instrument and headphones are quite clearly labeled, there is a ‘me’ knob to adjust your personal volume, and an ‘input’ knob that adjusts your volume sent to any connected SessionCakes. The aux-in jack worked fine if you have a mobile device to plug in, and the daisy chaining between two units couldn’t be simpler.

The SC-01 is geared towards guitarists with a single 1/4” input, and the SC-02 is slanted towards the keyboard player with a stereo 1/4” input as well as a mic in with separate adjustable gain. Other than the input difference, the units are functionally similar.

Only the SC-02 has a mic input port. It’s not like you can’t buy the SC-02 if you’re a guitarist, but it costs $30 more and I suppose a few folks could get confused as to which model best matches up with their instrument/vocal combination. I’m also not a fan of having to attach the SessionCake to a mobile device to utilize reverb and effects. 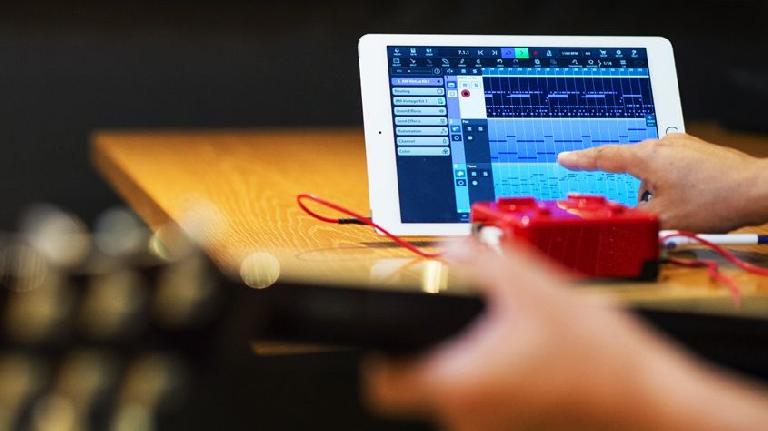 In addition to a silent mobile practice room, you can also record the output of the SessionCakes directly with a mobile device via the aux port. This is cool because you’re getting a pretty ‘direct’ mix which will likely be of a higher quality than simply using your phone in the middle of a loud jam session (that will likely overload your phone’s mic input stage anyway).

Compared to most mobile/silent practice solutions, the SessionCake costs considerably less, can be set up much faster, and is far easier to toss in your instrument’s gig bag. It’s durable, sounds good, and quite reasonably priced. You can integrate realtime effects with a mobile device, and even record your jam session directly. I actually had quite a bit of fun testing these out, they really just beg to be used once they're in your bag, and paired up with my Reface synths, I just found quite a lot of joy at plugging in and jamming out with a friend.

Cons: Onboard reverb would be nice.