The original Delphos featured an un-hyped and natural frequency response, high sensitivity, and low self-noise. The Delphos II retains the characteristics of the original and adds athird polar pattern (figure 8) and refined electronics designed to reduce ultrasonic noise. These new featured are all housed in a new, larger body adorned in custom metallic blue paint. 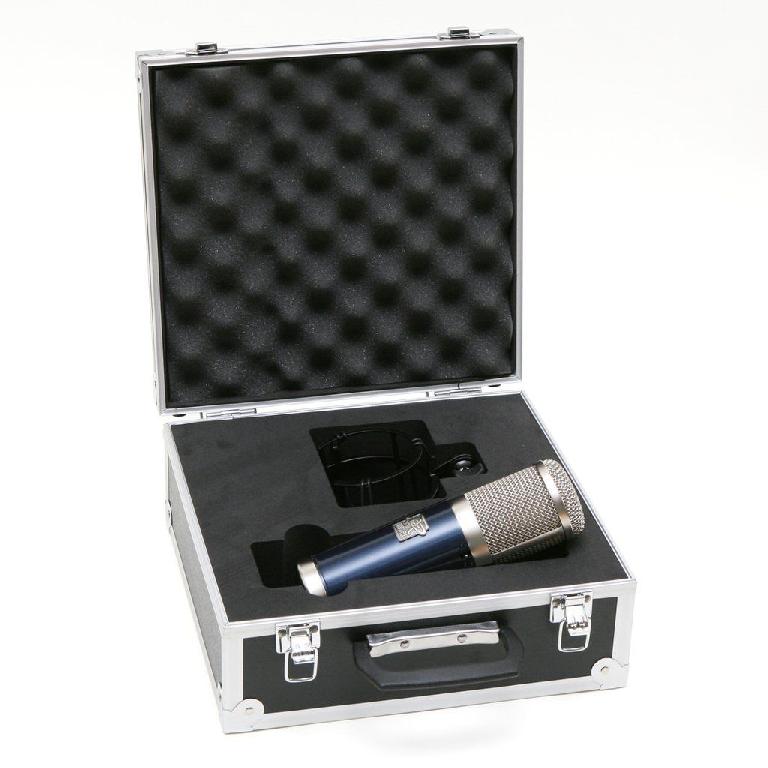 "We originally built the Delphos for recording engineers looking for an ultra-clean FET sound," said Roswell founder Matt McGlynn. "This new version has been updated based on user feedback and the result is another mic in our line that we're very proud of, particularly on vocals and acoustic guitar where its balanced frequency response, low noise, and high output outperform most competitive offerings costing much more."

The Delphos II uses a highly optimized transformerless circuit, which provides a pristine, low-distortion signal path. Two switches provide a choice of Cardioid, Omni and Figure 8 polar patterns, as well as a 10 dB pad. The mic has a frequency range of 20 Hz to 16 kHz, with a response curve carefully tailored to provide full lows, neutral mids, and high-frequency detail without sibilance. Its sensitivity is 40mV/Pa, with a self-noise level conservatively rated at 12dBA.

The microphone's circuit is built by hand in the US, using the finest components sourced from around the world, including low-noise NOS transistors and audiophile capacitors. Each Delphos II is assembled in California, burned in, and extensively tested after manufacturing to ensure the best possible performance.

The Delphos II is now available Roswell Pro Audio's network of U.S. dealers or at www.roswellproaudio.com for $999 MSRP.
Related