Berlin, May 2019 - No less than ten different modules (listed below) will be shown in our System 7.5, a 104HP powered skiff with two rows of 3U and one utility strip of 1.5U, the latter being a new subframe standard as proposed by AEMIT.

While the AEMIT name might be new to the outside world, we actually built our first one-off modular synthesizer in 1982, which is still in operation today. Its main principles of no-compromise functionality and outstanding usability are carried over to the new Eurorack system, in development since 2017. 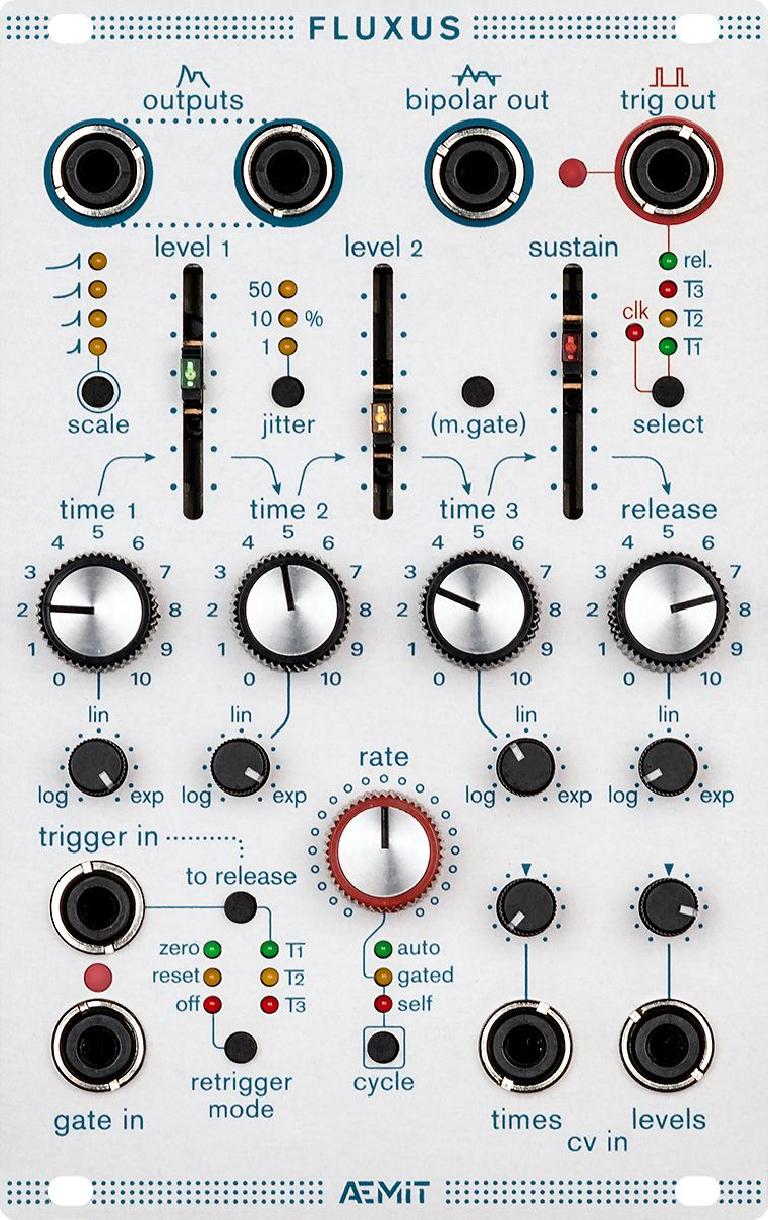 AEMIT modules conform to a WYSIWYG single-function design, with a strong focus on voltage-controlled access to all possible parameters, a very wide operational range, and convenience of use. Our no-nonsense approach to synthesis is build upon decades of experience in both soft- and hardware development and user-interface design. Though rather conventional in looks — not necessarily a bad thing, the AEMIT experience offers extraordinary possibilities with unique functionality not available anywhere else, inviting the intrepid musician to “boldly go where no synthesist has gone before”…

'¨'¨Next to our full system, ready to be tested & heard at Superbooth19, there’s a lot more brewing in the near future…

The System 7.5 skiff with built-in 1.5U Utility Strips and superior power management is expected to be released by year’s end.