All Articles News
Superlative's SB-1 / Space Bee Rechargeable Synth Modeled After SH-101 Is Coming To Superbooth
Hollin Jones on Fri, April 12th 0 comments
Synths don't get much more portable than the battery-powered SB-1, modeled after the Roland SH-101. Here's what we know about it so far...

A new company going by the name of Superlative has teased a brand new hardware synth that will be unveiled at Superbooth 2019, and it looks intriguing to say the least. The SB-1/Space is reportedly an analog synthesizer with a 3340 VCO and a 4-pole OTA VCF with discrete envelope - taking after the iconic Roland SH-101 Synthesizer. 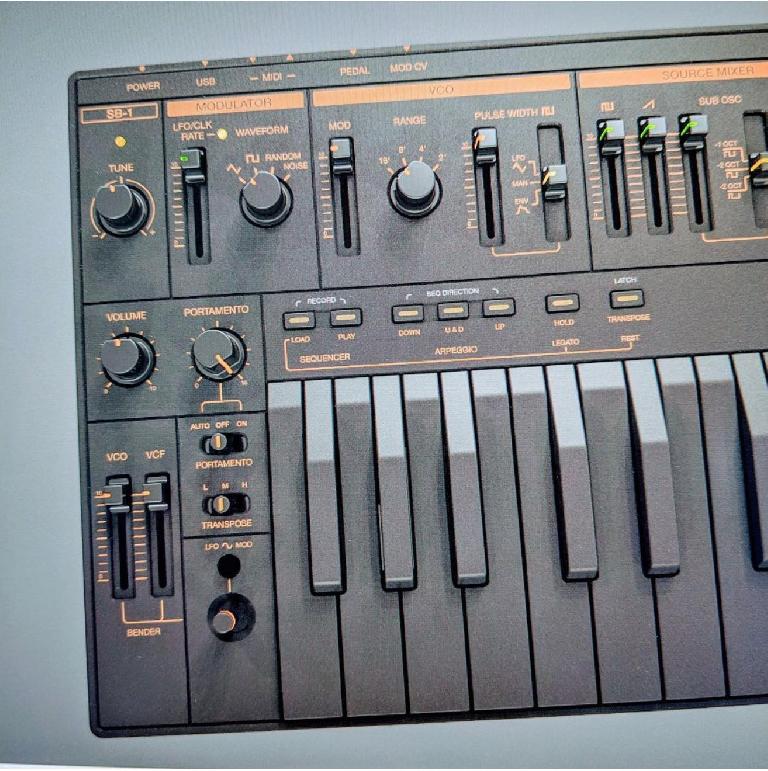 It will feature a full-size keyboard thatuses tactile rubber as well having a good selection of I/O  including USB, MIDI and CV/gate in-/output. It will also have a sequencer with two layers - one for the internal synth and one for external devices. Another unusual feature is that it will apparently have an internal rechargeable battery, making it supremely portable.

Keep an eye on Ask.Audio for more details about this new hardware analog synth as we get them!