The idea of being able to make music anywhere on any surface is not new. The idea of converting the color of any surface via wireless MIDI is certainly more unique. And this is what Specdrums is all about. The concept of liberating the wearer from pre-made MIDI controller interfaces and bringing making music out of everyday objects and surface you can design based on color. 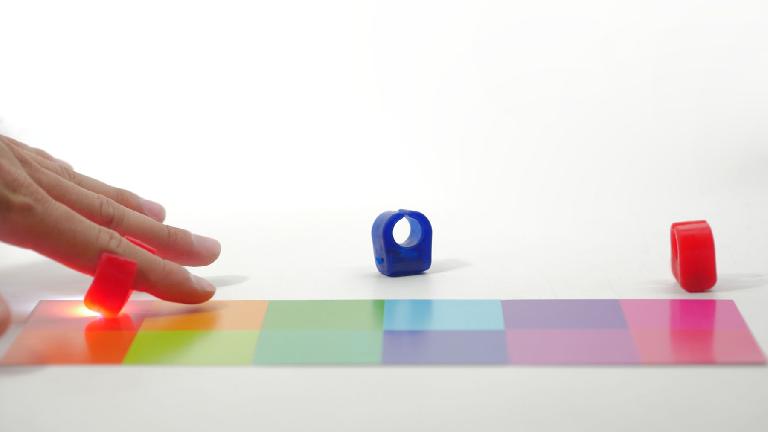 Steven Dourmashkin, CEO and founder of Specdrums, reached out to us with news about this unique music controller. Of course, being a MIDI device, it doesn't only have to be used for music creation or DJing, but it certainly lends itself to beat making fairly easily.

Specdrums is launching on Kickstarter on 16 August 2017... stay tuned to AskAudio for more info and check out the details and video below... 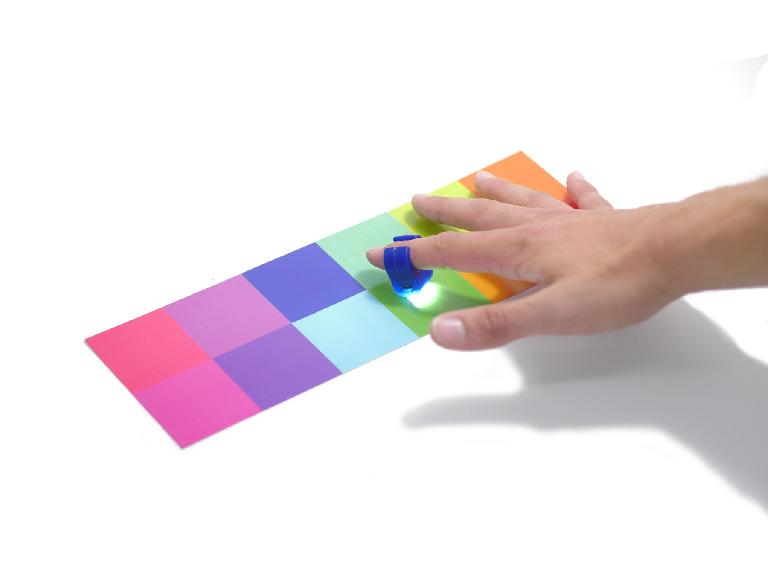 Here's the official press release from Specdrums including some videos that show how it works:

Looking for a musical instrument that fits in your pocket and plays thousands of sounds? A student startup originating at Cornell University and now at CU Boulder has developed app-connected musical rings called Specdrums (www.specdrums.com) – and on August 16, they’ll be available for purchase on Kickstarter. The rings turn the world’s colors into sound, allowing you to tap on different shades to create an infinite combination of tunes. You can play them on any colored surfaces like your clothes, drawn and printed- out keypad designs, or any objects you find around you.

After two years of design and product development, nine major ring iterations, and one issued patent, Specdrums are ready to be brought to consumers. The rings have been validated through a small manufacturing round of 100 rings, sold to the company’s first beta customers. Now Specdrums hopes to raise $15,000 on Kickstarter to fund higher- volume manufacturing, which will lower the price of their rings and make them available for everyone. A limited number of early bird rewards will be available for $29 per ring, which are expected to sell out on the day of their launch. The normal pricing will be $39 for one ring and $74 for two.

You can sign up to receive an alert the second the campaign launches on Aug. 16:

You can also view the most up to date Kickstarter page:

Specdrums, Inc. is a music tech company that develops app-connected musical rings in Boulder, CO. Founder Steven Dourmashkin created Specdrums to allow tapping to be transformed into real musical sounds, making drumming and musical creation more accessible to people of all ages and musical backgrounds. As a Masters of Engineering graduate from Cornell University and a PhD candidate in Aerospace Engineering at CU Boulder, Steven is determined to make Specdrums a reliable, powerful new hardware device and is just getting started developing new electric musical instruments.