A long phase of beta testing has finally come to an end. Many of you have eagerly awaited this release, and here it is. Waldorf proudly presents the new 2.0 firmware for the Waldorf Quantum synthesizer, featuring the new Kernel oscillator type and an array of further additions and improvements.

From now on, in addition to the four previously available synthesis algorithms Wavetable, Waveform, Particle and Resonator, the Kernel mode complements the set. This opens up new grounds of serious sonic exploration and increases the already staggering number of possible sounds by another level.

Kernel mode is engaged by pressing the Wavetable and Waveform button of one oscillator at the same time. In Kernel Mode, up to six so-called Kernel Operators can be combined within a single oscillator. Each of those Operators is an oscillator of its own, supporting basic waveforms, wavetables and noise. All of them can be combined and interlinked freely. Choose between classic Phase FM, true FM and wavetable position as modulations at audio rate between the kernels.

There is an innovative Template Mode featuring 14 factory templates to create classic FM sounds through to forward-looking inharmonic textures and abstract tones. Those templates feature five individual meaningful sound parameters each, and a further five macro parameters are available in the Quantum Synthesizer’s main Modulation Matrix. Furthermore, you can use the Full Edit mode in order to delve deeper into the sonic structure of the Kernel mode and edit the kernels freely as you like.

It is perfectly possible to view the Quantum Synthesizer’s Kernel synthesis abilities as an oscillator construction kit, allowing for traditional approaches like a six-operator FM synth, as well as providing an experimental space for future-facing synthesis techniques.

That's by far not all, though. The highly-anticipated version 2.0 firmware for Waldorf Music’s flagship Quantum Synthesizer also adds an array of other additions and improvements in keeping with the innovative instrument’s apt appellation. Improvements have been made in the Wavetable, Particle and Resonator oscillator models and the Modulation Matrix. The Sequencer now has a Parameter-only mode. USB storage devices are now supported. Expanded AudioFile Editor functions are now available and allow for editing samples within Quantum. Samples will now automatically be imported and exported together with the patches. Plus, many further improvements and fixes have been made.

When Waldorf Music launched its flagship Quantum Synthesizer to widespread critical acclaim, it sonically signalled an exciting new chapter in its longstanding tradition of designing groundbreaking high-end synthesizers. Introducing its highly-anticipated version 2.0 firmware with so many additions and improvements indicates that this exciting-sounding synthesizer story is far from finished. For now, there are already more than enough fanciful features available to keep both tweakers and deep divers seriously sonically satisfied for some time to come!

Owners of Quantum can download the new update for free from their myWaldorf account. Log in and go to My Hardware. On the right column, click on "Quantum Update" to get access to your new firmware. Right next to it, you'll find a sound set with over 250 new Quantum patches which is available for download for free.

Installation of the OS 2.0 is done using an SD card. Unzip your download and copy the "quantum.update.bin" file into the main directory of your SD card. Insert the card upside down into Quantum. Go to Global>System on your Quantum and press Update. Reboot may take a few minutes longer than with the previous firmware updates. Do not switch off Quantum while the update is running! After you have the 2.0 update installed, future updates can be loaded from a USB drive.

We wish you lots of fun with your new firmware. May the music help everyone to get through these tough times. Our support team is still availabe for you. You can contact us and find answers to frequent questions in our support portal: https://support.waldorfmusic.com 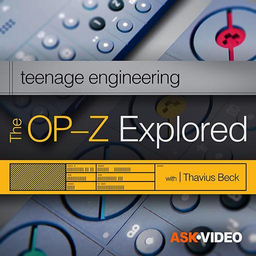