All Articles Review
Yamaha CP73 Review
Matt Vanacoro on Thu, March 21st 2 comments
Yamaha's new stage piano offers an excellent balance of build, playability and sounds. Matt Vanacoro took it on the road to find out where it really shines.

The ‘stage piano’ product category is one that I’m probably a bit overly enthusiastic about. As an owner of several flagship workstations and synths, I’m always a bit reticent to bring them out to live shows where I don’t need the powerhouse and heft of a $4,000 keyboard. For a gig where I’m using mostly keyboard sounds, it just seems both overkill and a bit unnecessary to load the studio behemoth I have into the car. Several years ago, the ‘stage piano’ product category exploded with a sonic boom. I’ve been waiting for Yamaha’s modern entry into the fray, and now that the CP73 is here, there’s a lot to be excited about.

The CP73 (which also comes in an 88 key variant) is a stage piano clearly focused on delivering the keyboard sounds a working pianist needs. Think acoustic pianos, wurlizers, rhodes, clavs, FM keys… that type of thing. If you’ve got a gig where you want the best piano sound you can get but you don’t want to bring out your massive workstation, then a stage piano is what you need. 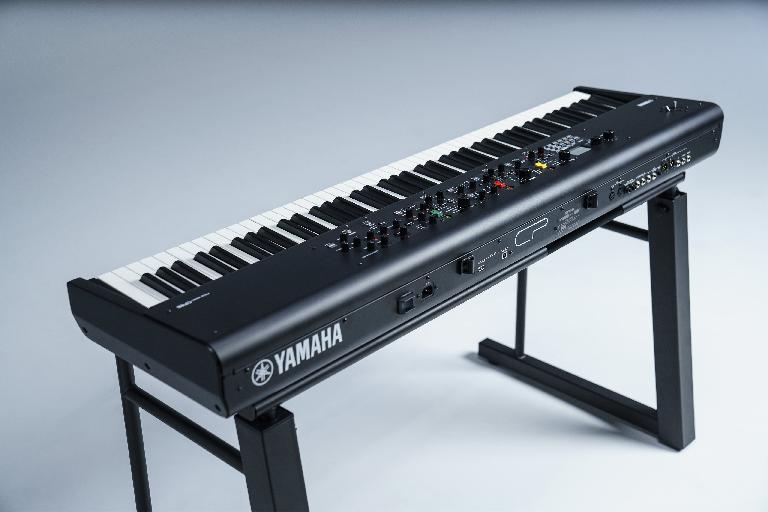 The CP73 aims for a very narrow target of fantastic sounds, modern convenience, and the ‘feel’ of Yamaha tradition. The look of the keyboard somehow manages to be both vintage and modern at the same time. The physical switches and knobs (which just BEG to be touched) all draw on Yamaha’s pedigree of synth history. The CS80-like rocker switches and metallic spring loaded toggles (similar to those found on the Reface series) are absolutely at home here. You can activate ‘sections’ of this piano with ease, and you never feel like you’re going to find a ‘stray knob’ floating around in your bag (something that’s happened to me with other keyboards MORE than once, grrr….). 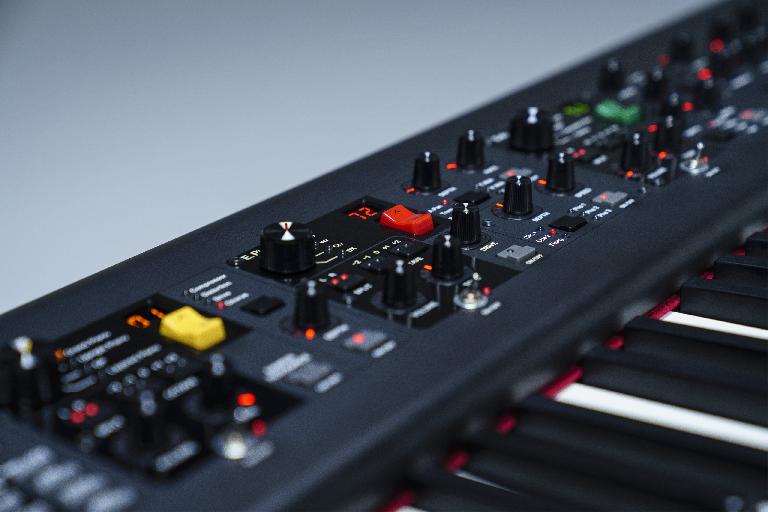 ‘One function per control’ is the name of the game here, and the CP73 sticks to that. If you want to turn on reverb, there’s a switch for it. Want to engage a chorus effect? Flip the toggle. Want to add in some strings to that piano sound? Hit the switch and strings you shall have. You don’t need to dive into a touchscreen or a nested menu to get great sounds out of the CP73 on the fly. Check out the video portion of the review to see this more ‘in depth’.

The sounds of the CP73 are quite good. The acoustic pianos are great, and they feel wonderful and expressive. The electric pianos, clavs, and FM keys all feel well designed, versatile, and some of them absolutely sparkle. I’m still soul searching a bit for how much organ should or should not be included in the ‘stage piano’ category. Some companies give you some options, and some throw the entire farm at you including drawbar emulations and more. Yamaha’s organ sounds are definitely serviceable, but if you’re looking for customization you’re going to have to step up to the MODX or Montage. 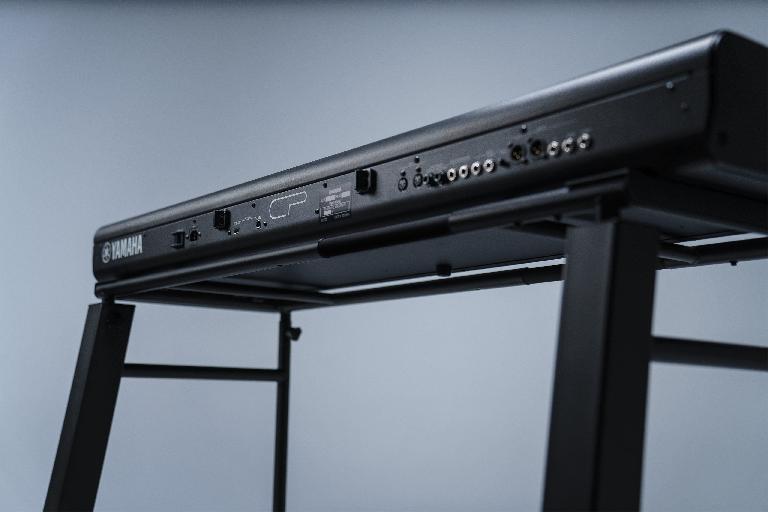 The CP73 is a truly fantastic keyboard and a worthy entry into the ‘stage piano’ marketplace. It’s wonderfully light, and yet solid and sturdy. The hardware on it feels pro, and gives some great subtle nods to the lovely pedigree of Yamaha synths of old. The keyboard is both fun to play and useful for the pro. I recommend it for consideration strongly if you’re looking for a stage piano.

Matt Vanacoro
Matt Vanacoro is one of New York's premier musicans. Matt has collaborated as a keyboardist in studio and on stage with artists such as Jordan Rudess (Dream Theater), Mark Wood (Trans-Siberian Orchestra), Mark Rivera (Billy Joel Band), Aaron Carter, Amy Regan, Jay Azzolina, Marcus Ratzenboeck (Tantric), KeKe Palmer, C-Note, Jordan Knight and many others. He has appeared on many a recording with a variety of artists, as well as had his own music featured in films by Lionsgate Studios.
Related Videos
Comments (2)