Mastering is the vital final step in getting your music ready for playback out in the world, and Ozone is one of the best software suites around for doing it. Get a radio ready sound with these top tips for using the software. There are ten day demos available too, so you can try these out on your tracks today!

Ozone's presets are an excellent starting point, and often something that has a name unrelated to the kind of music you're mastering may still work well. A pop preset on a hip hop track for example, or a heavy rock preset on a dance tune. After using it for a while you'll get a feel for which ones tend to work best for you.

Each of Ozone's processing sections can be quickly bypassed using the power button by its name at the bottom left corner of the window. Next to this button, you will also find a box to reveal presets for that particular processor. This makes it easy to swap out presets within modules instead of changing the master preset in the Presets window. 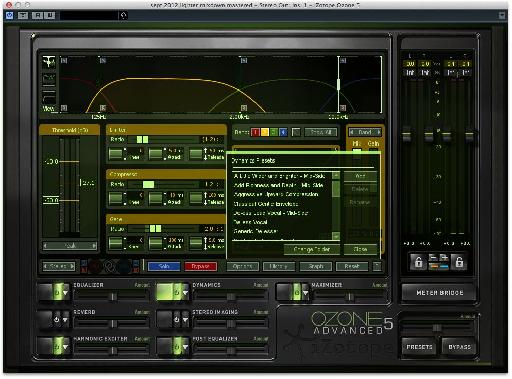 The Dynamics, Stereo and Exciter sections can be made to work in modes with anywhere from 1 to 4 bands, and with variable crossover types. More bands means greater control but in some cases can overcomplicate things, so use only as many as you feel works best for your track. Smoother crossover curves will produce gentler effects and sharper curves will mean a more defined delineation between bands. 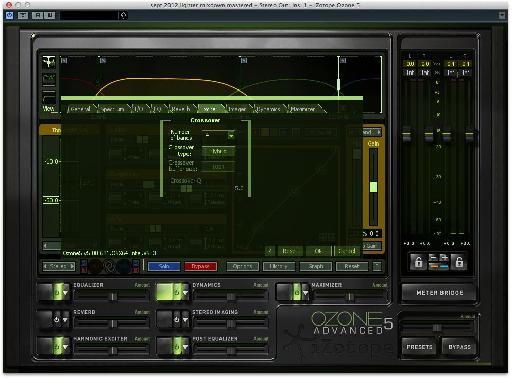 Use up to four bands in several of the modules.

The Maximizer, Reverb and Exciter sections all have different modes. For the Exciter for example these include warm, retro, tape and tube modes and choosing a different one can significantly affect the way in which the sound is processed. Digital modes will typically be crisper and less forgiving, whereas analogue or retro modes tend to be warmer and a little more calm.

Most controls in Ozone can be right-clicked to reveal handy shortcuts connected to that parameter, switch or button. These depend on the parameter in question but include the ability to copy and paste settings, change options, remove bands and switch modes.

If you hit the Meter Bridge button you can call up an advanced, multi-display window that shows you various different graphical representations of the way your sound is being processed. This is really useful, not only for understanding levels but also the soundscape, and how much signal exists in the various stereo areas of the spectrum. 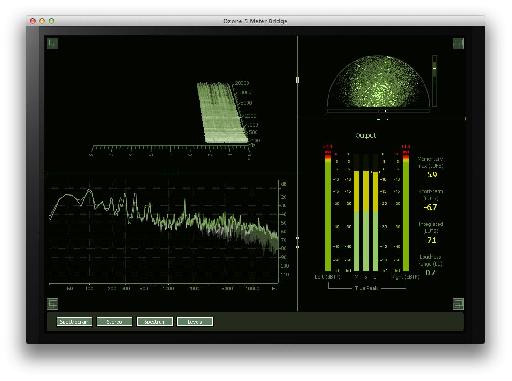 Click on the Graph button and you can see a circuit diagram layout of how the sections of Ozone are connected. If you pick up any of the sections within this window, you are able to drag them around to reorder them. This is important because the order in which the signal is processed affects the sound that is output at the end. EQ'ing first might sound different to EQ'ing post Exciter, for example. 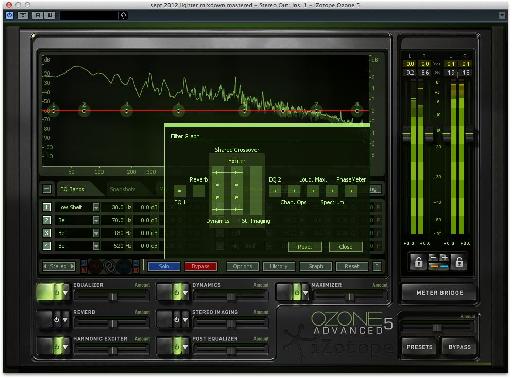 The Preset window can be undocked, which is handy for switching between presets while still maintaining a full view of the main plug-in's window. Otherwise the preset chooser occupies the main part of the window and you have to come out to change anything major.

Dream It. Do It.
Do you want to learn Iris Explored?
Yes, I want to learn!
No Thanks, I just want to read the article.
Feedback
How are we doing?
We'd love your thoughts, feedback and questions regarding our new site. All feedback is appreciated!
We do not respond to this form! If you need support, please visit our support page.
Thank you for your input!
Your message has been successfully sent
Course Advisor
Don't Know Where To Start?
Ask A Course Advisor