All Articles Review
Review: Modern Grooves for iZotope BreakTweaker from Black Octopus
G.W. Childs IV on Thu, August 14th 0 comments
Language
iZotope and BT's BreakTweaker caused quite a stir earlier this year when it was released. If you've had a chance to play with it, you've probably enjoyed yourself a lot. Get ready for the next level.

BreakTweaker is an amazing plug-in that can really fill in your musical needs in multiple ways. Need bass? It can cover it. Need leads, or arp-like creations, it’s got it. If you need beats, again, look no further. But, what if you’re looking to add a little spice to your copy of BreakTweaker? Say you want to go beyond the nicely created presets that iZotope left for you… Well, then Black Octopus has you covered.

Modern Grooves is a sweet little collection of Beats, Breaks, Rhythms and Synths spread out and nicely mapped over your own keyboard. This collection, you’ll quickly ascertain, is geared towards modern dance music. And, for this genre, it delivers with flying colors. Glitchy, quick, melodic bursts issue forth from your speakers with solid rhythmic accompaniment. Blips, and beats throb along with growling bass lines. Fodder for your own tracks is here, and in abundance.

I was greatly impressed with the quality of the examples created by Black Octopus. It’s nice to see, finally, what can be done when other sound designers enter in to the mix. And, the promotion for the collection doesn’t totally do it justice. It’s not just dance music. Other genres do make their way in. For example: Radiation is a straight up glitch driven BreakTweaker ensemble that is entirely geared towards beats and just being a great glitch patch. Hot Pocket, another complete rhythm based selection comes at you with an acoustic dub-style feel that even forays into some slick reggaeton beats.

But, aside from all of the drum love, Modern Grooves is really about drums and bad ass synths. When you get into the bread and butter electro examples that are the predominant flavor, you’ll really start to see BreakTweaker shine in new and exciting ways. Endless Fun, for example, instantly brings the club feel right to your DAW and BreakTweaker. And, while it may seem like a done deal, in terms of performance, keep in mind, this is really just an example that you can tweak and use for your own nefarious purposes.

You’ll be happy to know that you aren’t just getting someone’s good programming. Modern Grooves comes with an ample amount of audio, drums and great synths. And, unlike many of the third-party developers out there, Black Octopus made the installation a snap. Simply run the installer, enter your code, and launch BreakTweaker. Once inside, you’ll notice the Modern Grooves directory already present within the list of presets, list of sounds and a healthy directory of samples.

When you add together all that you really get with Modern Grooves, it’s an easy sell. You get a sound library, solid patches and very clever examples of what BreakTweaker can really do. It’s a win-win, as you get a new library, as well as great knowledge of how to take your own BreakTweaking even farther. I know I did. I will say that I would have preferred to see more elements, or kit style patches, outside of patches that sometimes come off as full blown songs. But, again, when you start breaking these down and tweaking them for your own songs, that perception quickly fades. 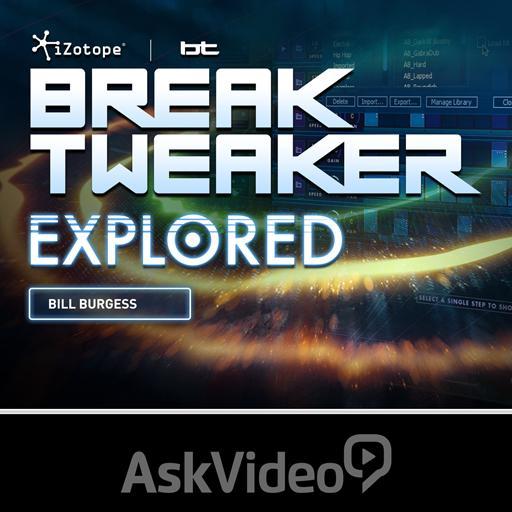 Dream It. Do It.
Do you want to learn BreakTweaker: Explored?
Yes, I want to learn!
No Thanks, I just want to read the article.
Feedback
How are we doing?
We'd love your thoughts, feedback and questions regarding our new site. All feedback is appreciated!
We do not respond to this form! If you need support, please visit our support page.
Thank you for your input!
Your message has been successfully sent
Course Advisor
Don't Know Where To Start?
Ask A Course Advisor