All Articles Recording & Production
2 Basic Audio Concepts Most Producers Are Afraid to Ask About
Matt Vanacoro on Mon, October 12th 0 comments
When it comes to producting music, audio or anything in the sound domain there's a couple of concepts which many producers find to be head scratchers.

Audio folks can be a rough bunch. We spend quite a bit of time diving deep into some very murky concepts, and some of the things we learn are at the height of massive frustration - so that knowledge can often come with a lot of baggage. I have found, over the years, this can lead to some gaps in knowledge remaining due to a fear of appearing ‘amateur’. I’m here to tell you, the most accomplished pros I work with are the ones who are never afraid to admit they don’t know something and ask fundamental questions about literally anything. Here are 2 concepts about gain and volume that you might have passed over or ‘figured out enough of’ along the way, but may still need a little clarity on.

Line vs Mic vs Instrument… Huh?

Input ‘levels’ can often be confusing. You can have all three of these levels passed over the same 1/4” cable in many instances. Think of these impedance levels as ‘what is the audio interface expecting’ to hear. If it’s expecting to hear the output of a standard dynamic mic at ‘mic level’, then it’s expecting to hear something VERY quiet. Mic level is quiet! The audio interface has to ‘listen harder’. After all, the mic probably doesn’t have any source of power or anything like that, so the interface has to do all the ‘work’ to hear the sound.

Now imagine you tell your interface to expect to hear a ‘mic level’ signal (which is really quiet) but you plug in a keyboard. That keyboard is likely drawing power from being plugged into the wall, and the signal its putting out is going to be a lot stronger. So your audio interface is expecting to hear something really quiet, but you send it something exponentially louder. See the problem? These kinds of gain mismatches can make you lose quite a bit of sound quality. Not to mention that you now don’t have much headroom. The slightest millimeter of movement on your input dial would make massive volume changes.

Instrument level is typically used for passive instruments like a standard electric guitar or bass. Matching your impedance will give you the best audio quality as well as the least amount of noise in your signal chain.

Trim, Gain, and Volume - What the Heck?

When setting the volume of your instrument going into your audio interface, you might be faced with a choice of gain level, trim, volume, or all three! What the heck, indeed! 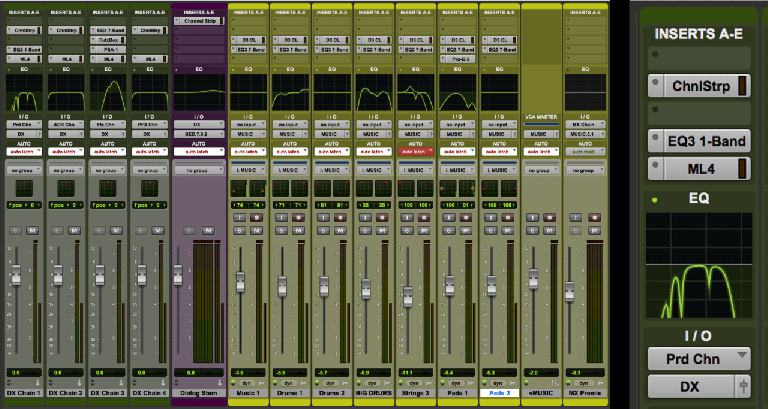 Gain is typically associated with the preamp. When adjusting gain, you are controlling how much the signal is amplified by your preamp. Remember, you’re sending it a fairly quiet signal, and the preamp’s job is to get it loud enough to hear and work with.

If you have plugged in a keyboard or line level device, you might be able to adjust the trim. This is often a little different from gain. Remember, ‘line level’ is a pretty specific level. If you set your keyboard to where you like it and you still seem to be too loud or too soft, you can use Trim to either boost or attenuate your signal above or below line level.

After all of that, in your DAW you also have the ability to adjust the Volume of a channel. This works hand in hand with your gain! If you set the gain too low, your’e going to have to raise the volume of the channel way too much! You’ll bring up noise, interference, and other yucky stuff that nobody wants to hear. Try to use the gain to give you a good, healthy, saturated audio level that doesn’t ‘clip’ into the red. Then you’ll be able to adjust your channel volume to a more appropriate level for mixing and listening.