All Articles Guitar
5 Tips to Make Your Keyboard Sound Like a Guitar
Matt Vanacoro on Wed, August 30th 0 comments
Keyboard players don't always have a guitarist on speed dial to lay down some tracks for them. Here's how you can fake it with keyboards, and get away with it!

If you’re a keyboard player, producer, songwriter or composer, you’ve likely had a song idea at some point without a guitarist ‘on hand’. In these situations, we often find ourselves trying to lay down a quick riff with a guitar ‘sound’ that can hold its own until we grab our favorite session player and have them work for pizza (you know you do it). Here are my top 5 quick tips to help make your fake guitar tracks sound more authentic in the meantime.

1. Get To Know Your Legato 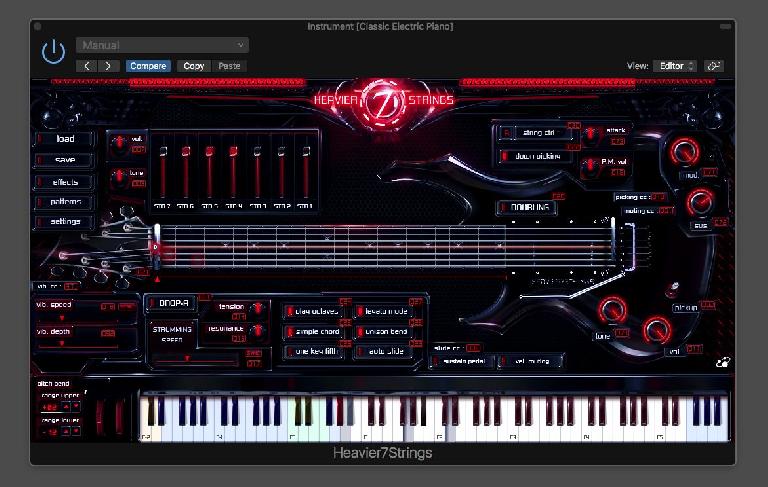 Utilizing legato in both your riffs and your virtual instrument is one key to sounding less like a pianist and more like a guitar player. I’m using ‘Heavier 7 Strings’ from Three Body Technology in this example. You can turn legato on or off with a simple flick of the switch, but it’s not enough to only turn it on. You have to play the riff in a legato fashion in order to truly get the slides and fret noise that comes with using a guitarist. 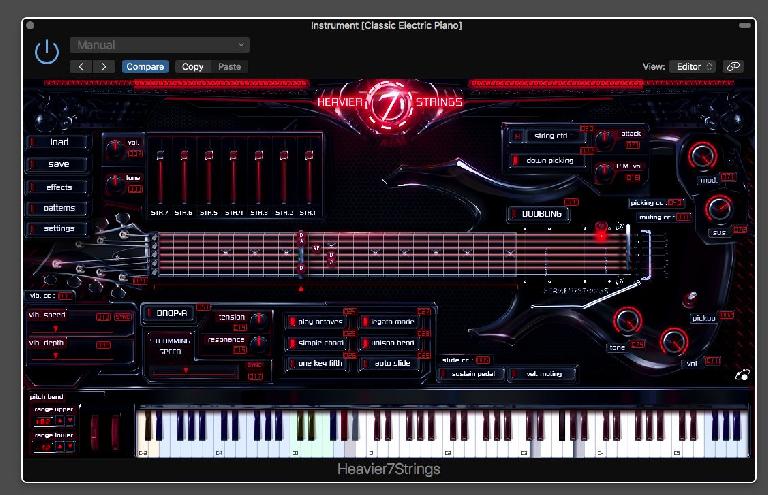 The way you voice and/or invert your chords is key. There are many ways to play chords on your piano that simply aren’t possible on a guitar with standard tuning. If you look at the example here, you can see that Heavier7Strings actually re-voices the chord from the basic version I played on the piano into a properly voiced guitar chord. There is even a slider that allows you to determine where on the guitar you’d like to play the chord, something else you should definitely consider when composing your guitar part! 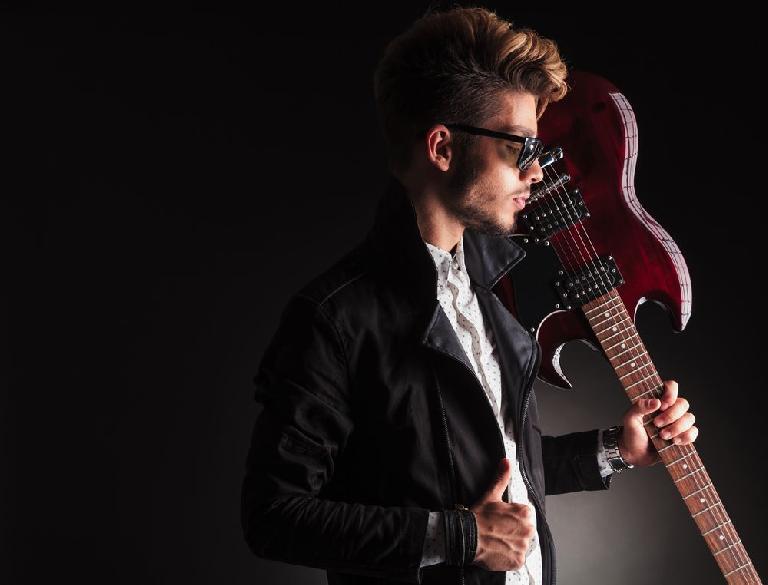 There are certain scales and riffs that are, quite simply, easier to play on guitar than others. Thinking like a guitarist will help you sound more like one. Of course, a guitarist can play any mode that a pianist can - I’m not saying it’s impossible! It’s worth remembering however that accenting certain scale forms (such as minor pentatonic) throughout your riff will make it a little more ‘guitar friendly’ in the end. 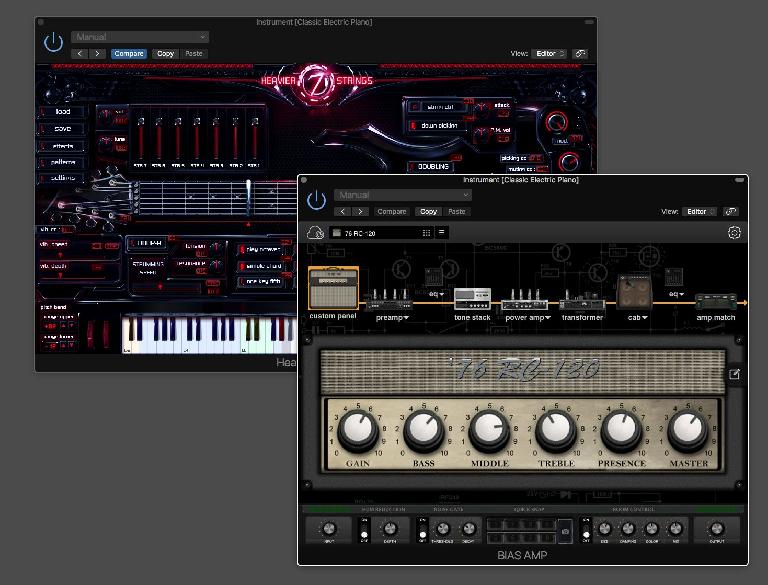 Just because you love the scripting and interface of the guitar instrument you chose doesn’t mean it has the best amp sounds. If you’ve got a library of 3rd party amp simulators you count on, break them out! I’ll turn off amp simulation in just about any guitar instrument in favor of Positive Grid’s awesome Bias suite. 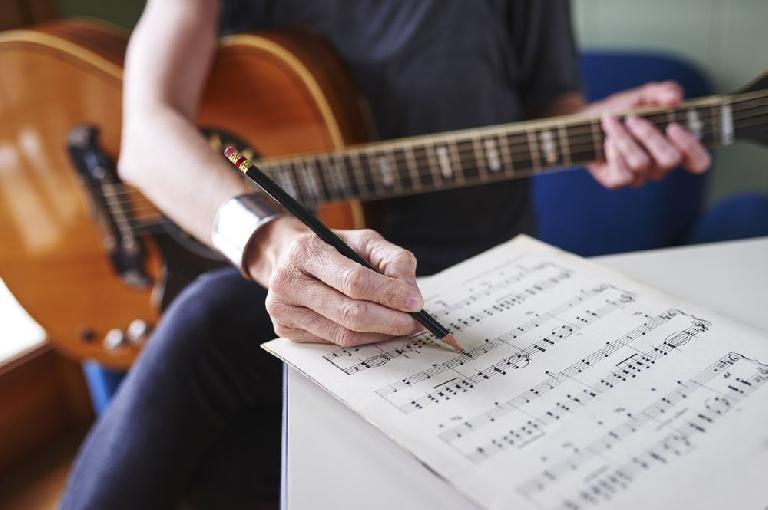 Ok, I’m cheating here. This a little troll-y, I know, but…. try learning some guitar! It’s fun, it’s rewarding, and it’s not too difficult to get the basic skills down to a point where you can track some cool riffs along with your pieces. After all, you’re not ‘paying for tape’ in a recording studio any more, if it takes you a hundred times to nail the part, you just practiced guitar for an hour. Looking at it that way, it’s a win-win!

Dream It. Do It.
Do you want to learn Building Chord Progressions?
Yes, I want to learn!
No Thanks, I just want to read the article.
Feedback
How are we doing?
We'd love your thoughts, feedback and questions regarding our new site. All feedback is appreciated!
We do not respond to this form! If you need support, please visit our support page.
Thank you for your input!
Your message has been successfully sent
Course Advisor
Don't Know Where To Start?
Ask A Course Advisor