RVRB is an algorithmic reverb plugin designed by producers for producers with the aim not to emulate hardware, but to create modern reverb tool for modern music production. It is capable of a wide range of natural and creative reverb sounds, from small rooms and studios to wide halls and modulated spaces. RVRB packed with an extra and unique features like Soft Attack, Tail Control and Comp knobs.

Soft Attack knob smoothens the initial transient of the input signal to pick up the reverb from the body of the sound and reduce unpleasant smacks and texture in the reverb tail. A perfect tool to get the cleanest reverb possible.

Comp knob is a one-knob compressor that allows you quickly compress the reverb tail and make it more prominent and louder. 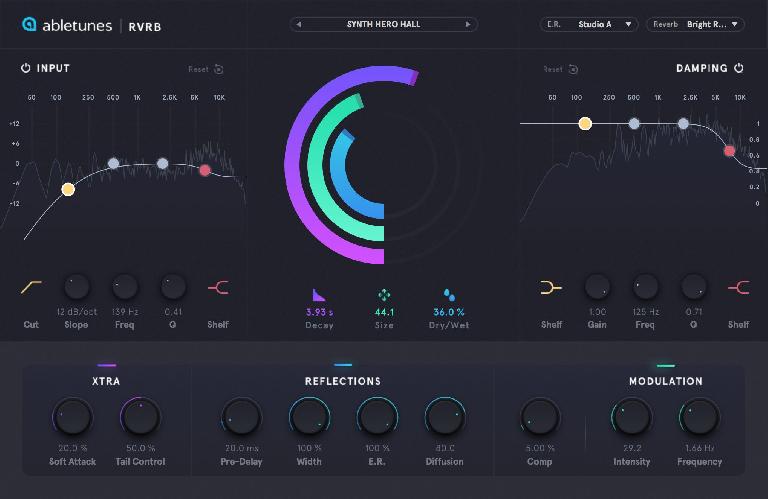 '¨RVRB comes in VST3 and AU formats and 32/64 bit versions and works with almost every major DAW. The plugin supports MIDI automation.