Oslo, March 15th, 2019 – Acon Digital has released version 2 of their acclaimed reverb plug-in Verberate. Verberate 2 introduces a new late reverb algorithm called Vivid Hall that is based on entirely new technology and is designed for natural and pristine reverb tails without repeating patterns, resonances or other artifacts. 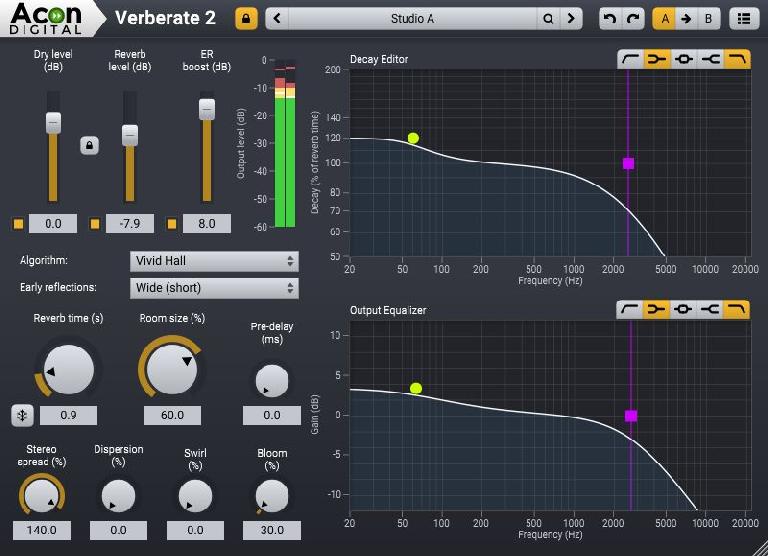 The decay editor that makes it possible to sculpt the reverb tails by setting up frequency dependent reverb times has been significantly improved. It now offers bell as well as high and low cut and shelving filters similar to a parametric equalizer. The filter slopes can be adjusted continuously as with most Acon Digital plug-ins. The integrated output equalizer offers the same filter types and both the decay editor and output equalizer show accurate curves with interactive handles to modify the filter band settings.

The stereo edition of Verberate 2 was released today and is available in the Acon Digital Store for $99.90 USD. The surround capable Verberate Immersive 2 will be released in April 2019 and will support all common surround and immersive audio formats at a price of $199.90. Owners of the stereo version will be able to upgrade for $99.90 USD.