I have long been a *huge* fan of the instruments put out from Acoustic Samples. Designed to run in the free UVI workstation or UVI’s flagship Falcon instrument, the libraries from Acoustic Samples are known for being both wonderfully realistic while maintaining a reasonable size. When B5 version 3 was announced, I knew the Acoustic Samples fan as well as the Hammond lover in me would both be in for a real treat.

The Best of Both Worlds

B5 uses a hybrid technique to provide a realistic approach to sampling the B3 organ sound while maintaining a modest library size. Weighing in at just under a single gigabyte, this library won’t ‘break the bank’ in terms of hard drive space. By combing traditional sampling with synthesis, B5 is able to deliver an instrument that has all of the character of a classic rotary organ and really ‘feels’ like an analog instrument.
The drawbars behave as they should. The noise from the rotary speaker is there. The key clicks have a satisfying attack. All of the physical elements of the rotary organ are there and they really ‘feel’ alive - that’s the best way I can describe it. The nuances of the instrument are reproduced so well that you don’t feel like you’re controlling an instrument, you feel like you’ve been given some sort of ‘remote control’ of a real Hammond organ in a studio and you’re in the control room playing. 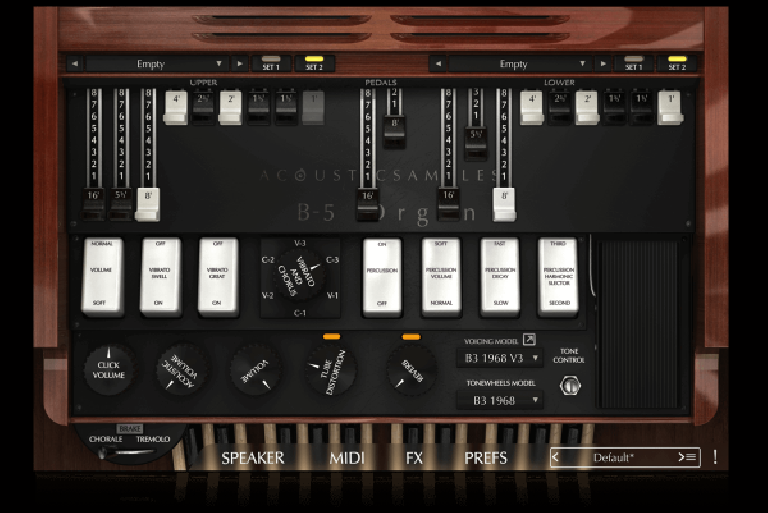 You can mix the rotary speaker output with a DI sound as well as a guitar cab sound to truly get the ‘character’ you need for any song. Every element of the speaker is modeled here, from the speed, acceleration, brake position, mic position, and more. You can choose specific speaker models for the rotary as well as the guitar amp. All of this adds to an amount of detail given to the speaker itself that allows for a really convincing sound. 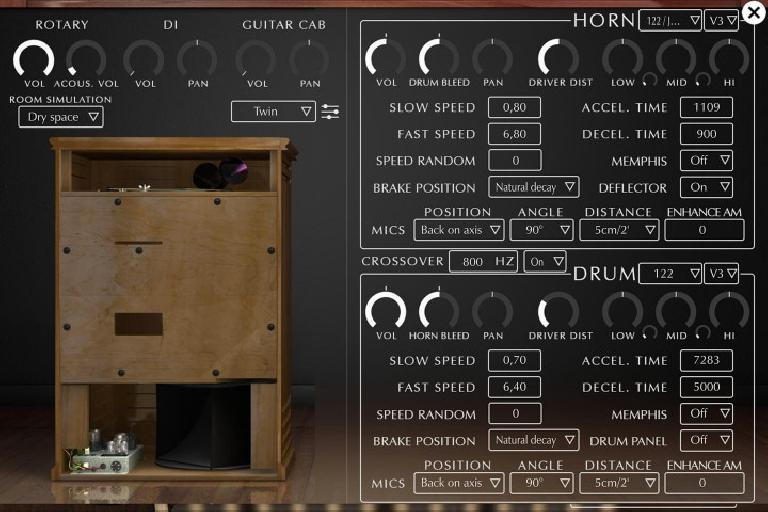 The organ itself gives you full control over the manuals with the percussion, tone, and vibrato options you would expect. There are several different source models to choose from that come with their own tonal characteristics. The voicing models can even be changed to various iterations of the rotary organs over the years which gives a staggering level of control I haven’t seen anywhere else.

The new Leslie simulation with V3 is really stunning. I can’t say enough how ‘real’ it feels. B5 version 3 truly sets the new standard for what a rotary organ instrument ‘in the box’ should sound like. I have not encountered its equal, and it’s nuts to me that you can get this instrument for under a hundred bucks. A significant amount of mic positions were also added for version 3, so whether you want to mic the front of the cabinet from 2 feet away or the rear from 12 feet away you have a lot of options to change the room sound. There is a built in FX section now with some really nice effect pedals to choose from relevant to a typical rotary organ. 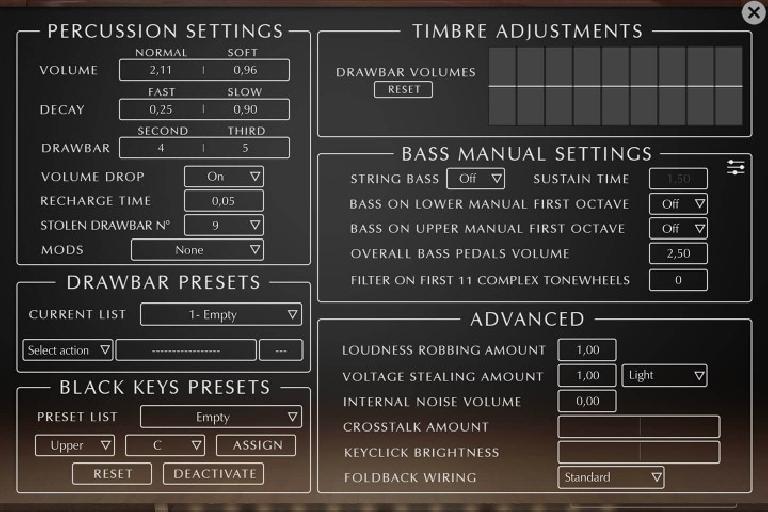 The ‘Tone Control’ on the very front of the organ changes the overall brightness of the organ by altering the voicing setup. I found that to be an incredibly useful feature as I was able to get B5 to stand out in a mix a bit more without losing the ‘guts’ by having to EQ to heavily.

B5 version 3 is a significant upgrade in every way. If you utilize rotary organ in your productions or live rig at all, this is the instrument to beat. I simply have not seen its equal.

Cons: Absolutely none. If you use organ, get this now.

Matt Vanacoro
Matt Vanacoro is one of New York's premier musicans. Matt has collaborated as a keyboardist in studio and on stage with artists such as Jordan Rudess (Dream Theater), Mark Wood (Trans-Siberian Orchestra), Mark Rivera (Billy Joel Band), Aaron Carter, Amy Regan, Jay Azzolina, Marcus Ratzenboeck (Tantric), KeKe Palmer, C-Note, Jordan Knight and many others. He has appeared on many a recording with a variety of artists, as well as had his own music featured in films by Lionsgate Studios.
Related Videos
Comments (3)