All Articles Audio Software
Adobe Audition : The Top 5 Things You Should Try
Matt Vanacoro on Sat, May 4th 0 comments
Adobe's wave editing package has much to recommend it to musicians and audio producers. Here, Matt Vanacoro shares 5 of his top tips for getting the most out of it.

If you’re a Creative Cloud user and you haven’t delved into Adobe Audition much, there’s never been a better time to give it a try! If you work with audio for media production at all, Audition can be your best little streamlined friend. Here are my 5 favorite things to try out on your audio for people just getting into Audition. 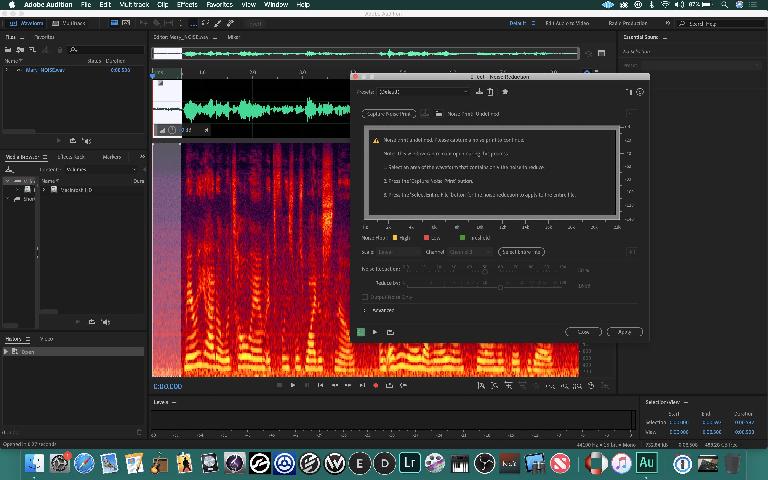 Adobe Audition has a really excellent built-in workflow for noise reduction. If you’re looking for an incredibly snappy, all around super powerful audio editor for media production you really can’t do much better. Switching over to spectral view gives you a good idea of your room tone, and you can quickly snap a sample of the noise you’d like to reduce before you begin to attack the problem. This allow you to surgically profile ONLY the frequencies and artifacts you’d like to target, leaving your source material alone. 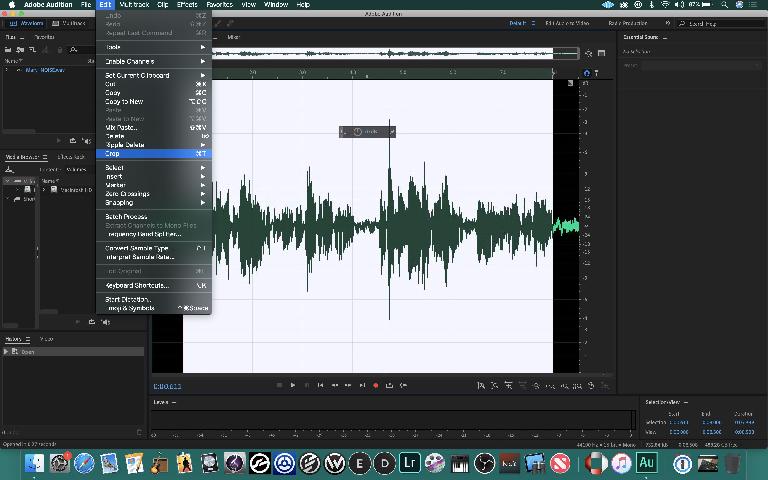 In addition to just being a generally ‘snappy’ app, Audition has a few workflow perks that make it stand out from the crowd. The ability to quickly trim the start/end of a file, render fades, and crop out what you want to save it as a new file are all features that show up in other DAWs, but no other app approaches the convenience level that Audition implements these tools.

One of my favorite features of Audition is that you can achieve so many quick edits on audio files and simply save over them in their original format! You don’t have to worry about rendering an MP3 to aiff, then making edits, then re-rendering to MP3 when you use Audition. You can work in a variety of audio formats without any conversion necessary, and that speeds up your workflow incredibly.

Putting The A In AV 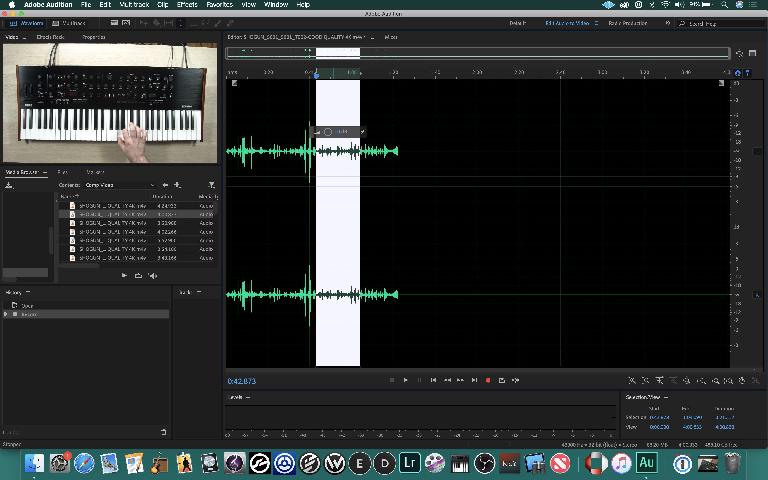 The ‘edit audio to video’ window is an incredibly efficient way to work on the audio from a video clip. It locks your playhead and you get a nice little preview of the video on the left side as you make your adjustments. If I want to do some serious work to the audio portion of a movie, I almost always reach for Audition. You can make precise and snappy dynamic adjustments, noise reduction, volume changes and the like - then export your audio and drop into your favorite video editor. (Fingers crossed for the day you can overwrite the audio directly into a video file - Come on, Adobe! Make this happen!) 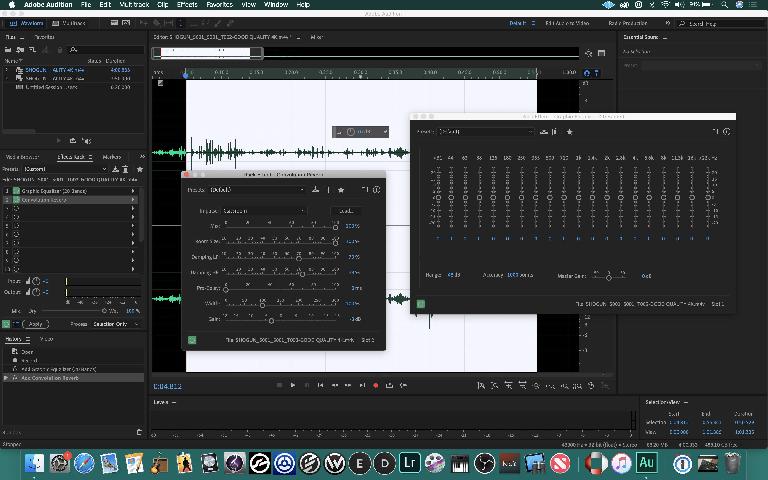 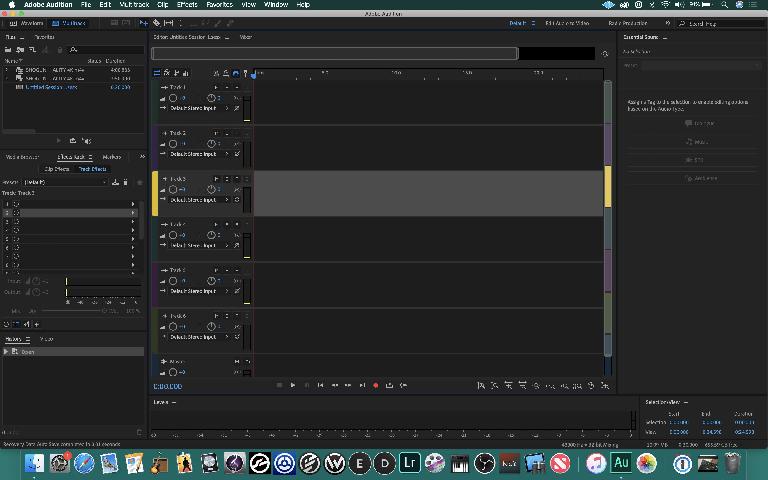 You may not know this, but Adobe Audition is a fully featured Multitrack Audio editor! Remember back in the day when Apple offered ‘Soundtrack’? Soundtrack may have gone by the wayside when Logic Pro became popular, but I find that for video projects I often prefer a multitrack audio editor that is less instrument focused and more audio workflow focused! You can absolutely deal with multiple voice tracks, SFX, voice over, background audio, and more all in Audition. 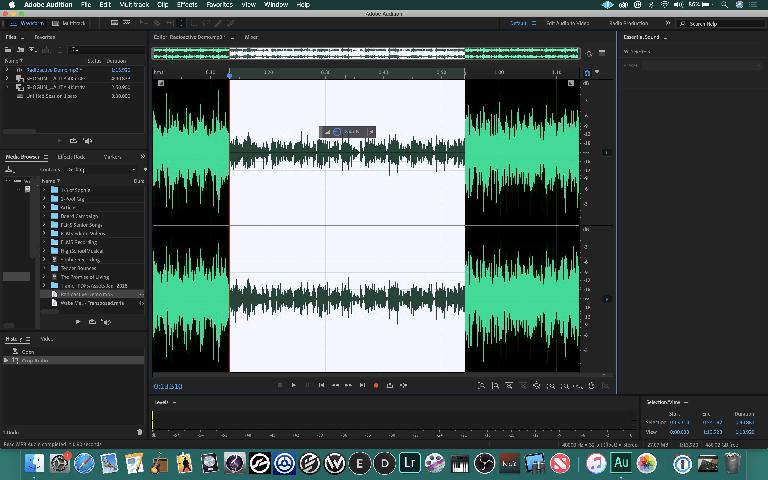 This one’s just a bonus for making it all the way to the end, but the inline tools for Audition are really streamlined. You can zoom in, make a precise selection, and then simply adjust the gain with the floating gain control without having to enter a keyboard shortcut, guess at the level (as you adjust the knob you can see the waveform rise or shrink in size compared to the surrounding audio) and it all happens without even the need for a keyboard shortcut!