All Articles News
All FabFilter Pro Plug-Ins Now Available As AUv3 On iPad
Hollin Jones on Mon, July 1st 0 comments
Use all your favourite Fabfilter plug-ins on your iPad in hosts such as Cubasis, Auria and n-Track Studio. Here's the details.

AMSTERDAM, The Netherlands, June 27, 2019. FabFilter is proud to announce availability of all FabFilter Pro plug-ins in the AUv3 format for iOS on the iPad. They can be used in any AUv3-compatible host, including GarageBand, Cubasis, AUM, Auria, and n-Track Pro.

Apple’s iPad has become a more serious music production platform in recent years, thanks to more processing power and the advent of the AUv3 plug-in format. FabFilter has been offering its plug-ins as in-app purchases in the popular Auria host for quite some time, but they could not be used in other hosts. With this release, all FabFilter Pro plug-ins are available to use in any DAW on the iPad that supports AUv3 plug-ins. 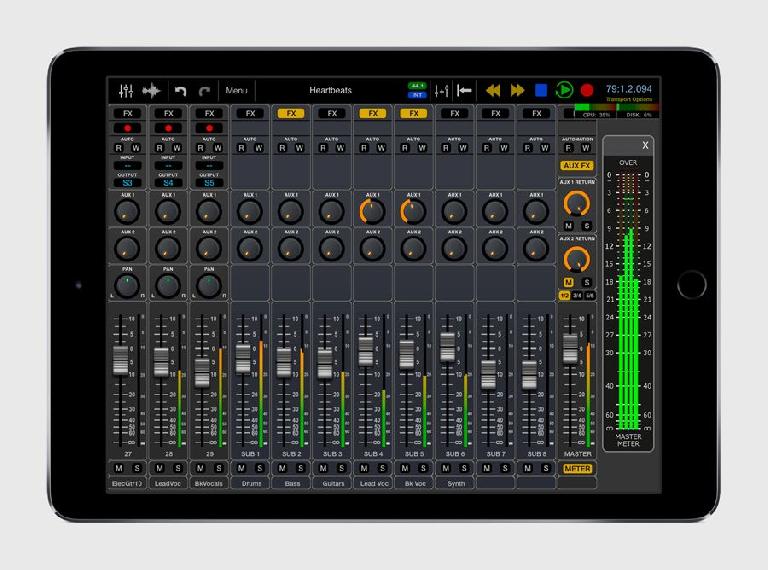 As might be expected, FabFilter has put a lot of effort into refining and tweaking the plug-in interfaces with great touch behaviour and support for various interface sizes, including full screen support in all plug-ins.

FabFilter Pro-Q 3, Pro-C 2, Pro-DS, and Pro-G are available individually for $29.99 USD. Pro-L 2, Pro-R, and Pro-MB are available for $39.99 USD. Users can purchase all AUv3 Pro plug-ins for iOS as a Pro Bundle for $129.99 USD. It is possible to purchase one or more AUv3 plug-ins now and upgrade to the AUv3 Pro Bundle later, in which case users will pay just the remaining sum.

Users who purchased the AUv3 plug-in version of FabFilter Pro-Q 2 for iOS earlier can upgrade to the AUv3 version of Pro-Q 3 by purchasing the Pro-Q 3 Upgrade Bundle. If one already owns Pro-Q 2 AUv3 for iOS, the amount that was paid for it earlier will be deducted from the bundle price, resulting in up to 50% discount for the upgrade.

For an overview of all available AUv3 plug-ins and bundles, see: www.fabfilter.com/ios