The night before NAMM (January for those unaware of the world's biggest music industry trade show) for the past few years Apple have released a significant new version or update for Logic Pro, their flagship DAW. In a break from this rather tasty trend, some 10 days before NAMM 2019 is set to begin, Apple have pushed out Logic Pro X 10.4.4 nice and early... and there's not a whole lot of new features to get excited about either.

Yes, Logic Pro X 10.4.4 is primarily a maintenance update. But, seeing as this has been released just before NAMM it seems unlikely that we'll see a major new version (Logic Pro 11?) coming within the next few weeks. On the other hand, some might say a small maintenance only update for Logic Pro X suggests Apple are readying a larger version or new update sometime soon... time will tell.

Back to the now. With little fanfare or revelry, unless you've been afflicted by the rare auto backup bug, here's what's new in Logic Pro X 10.4.4:

It's always good to see Apple putting some love into Logic Pro... and maintenance and bug fix updates are often more important for the pro user than new synths and other bells and whistles... anyway, it's free and available to download now from the Mac App Store! 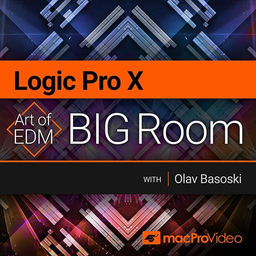 Dream It. Do It.
Do you want to learn Art of EDM - Big Room?
Yes, I want to learn!
No Thanks, I just want to read the article.
Feedback
How are we doing?
We'd love your thoughts, feedback and questions regarding our new site. All feedback is appreciated!
We do not respond to this form! If you need support, please visit our support page.
Thank you for your input!
Your message has been successfully sent
Course Advisor
Don't Know Where To Start?
Ask A Course Advisor